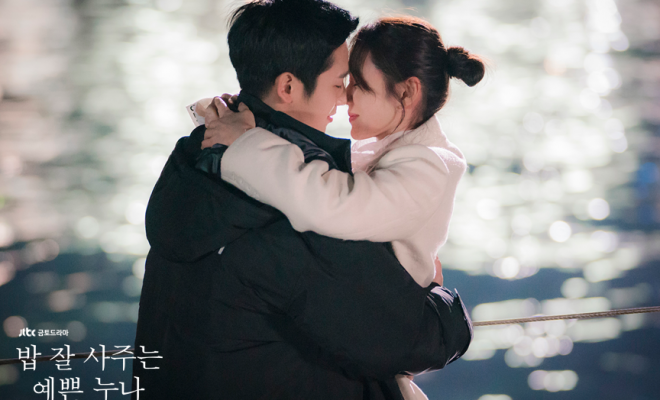 K-Drama Premiere: “Something In The Rain” Pours A Reassuring Romantic Tale On Finding The Meaning Of Love

Something in the Rain moves to a tranquilizing pace perfect for viewers who want a comforting story that celebrates finding love at the right time.

The amount of creative love from the production team clearly reflects on the stunning opening chapters of Something In The Rain. The overall feel makes you look forward to each chapter every week, and watch it beside a fireplace along with a hot chocolate drink and a warm blanket.

It’s rare for romance stories to attract audience easily without throwing in treats like “topless oppa scenes” or “cheesy lines”. But the moment you sit on the first frames of Something in the Rain, you know that you are up for a memorable Korean drama experience.

READ: 5 Times Something in the Rain Tugged Our Hearts With Its Love Lessons 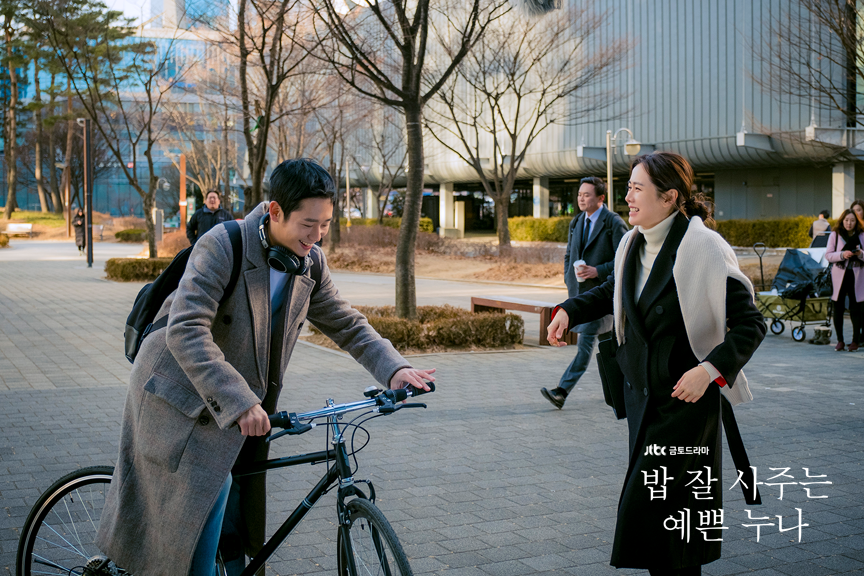 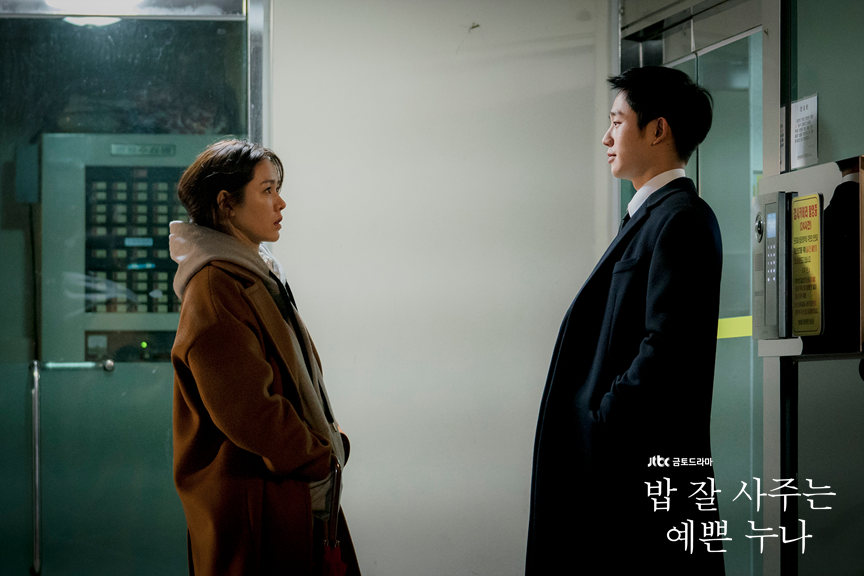 Yoon Jin Ah (Son Ye Jin) lives a typical life as a 35-year old career woman who works as a supervisor of a coffee shop chain. Her social interaction mainly circles around people at work and her best friend Seo Kyung Sun.

When her boyfriend asks for a date, her recent woes of a looming breakup happened, and her ex-lover reasoned that it was because she is plain and boring. Her best friend stays by her side while she wallows in heartache, when they discovered Jin Ah’s ex-boyfriend’s infidelity. 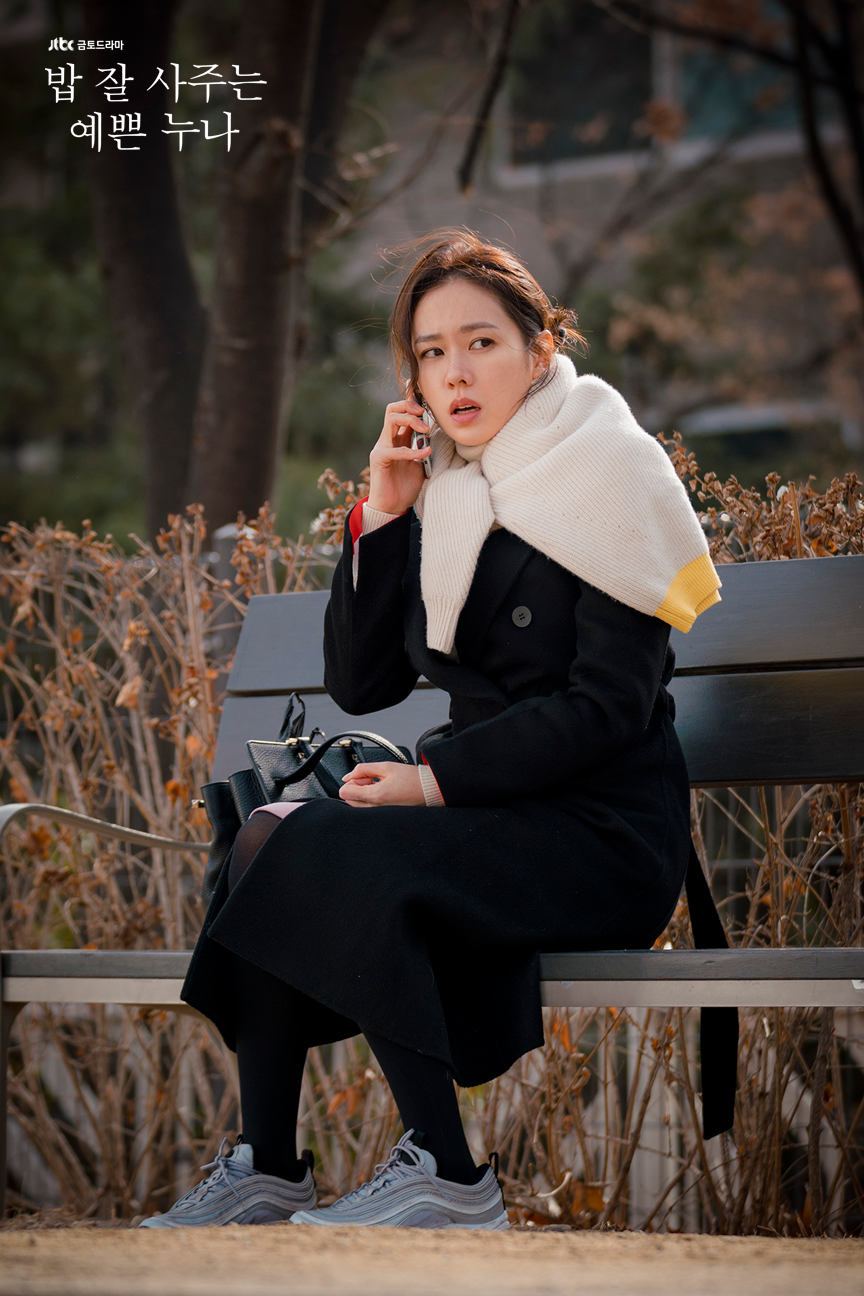 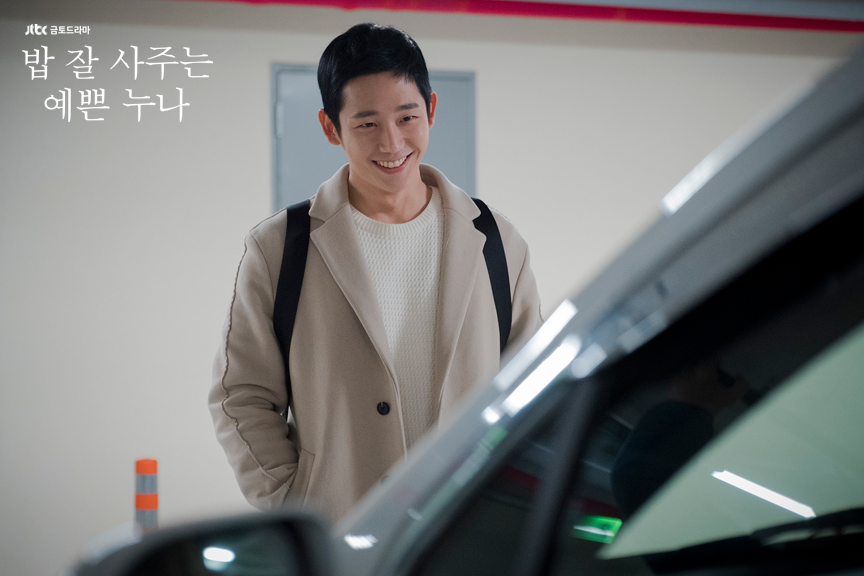 Pressured from her mother’s constant nagging of when she will settle down, she can’t bring up her relationship failure.

Around the time when she is picking her broken pieces, her best friend’s younger brother, Seo Joon Hee (Jung Hae In), returns after being assigned from an overseas job in the last three years. 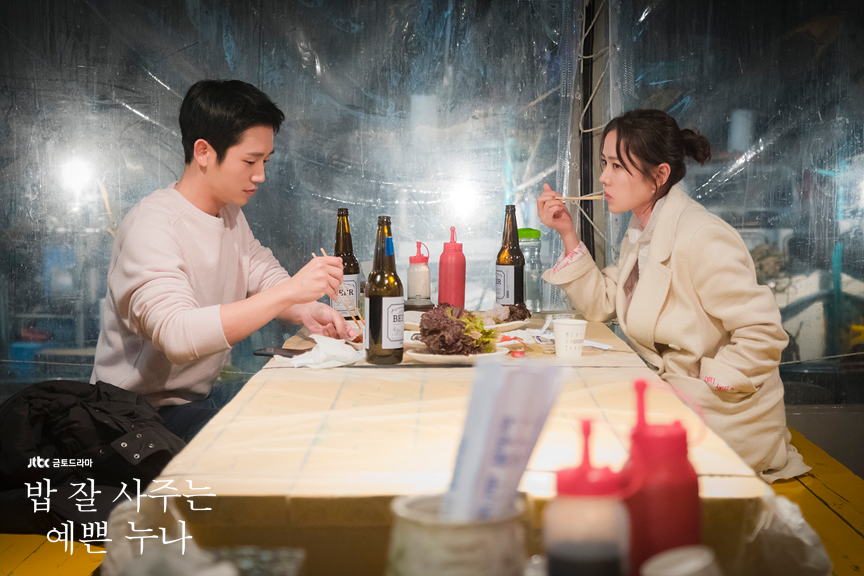 The two constantly dine out as Joon Hee hints a long-standing crush over Jin Ah, which he keeps to himself because of them being almost a family. He rescues her when the ex-boyfriend attempts to take her out somewhere in trying to win her back by declaring he is her noona’s boyfriend.

Unaware that Jin Ah has already separated with her boyfriend, her parents invite him in the house. Jin Ah reveals her ex-boyfriend’s unfaithfulness, but the latter argues how she too is unfaithful for engaging in a relationship remembering his confrontation with Joon Hee.

Joon Hee, who is a friend with Jin Ah’s younger brother, arrives home in perfect timing while the family is in a ruckus.

Joon Hee, who spots the man who broke Jin Ah’s heart, drags him out of the house to settle the issue. 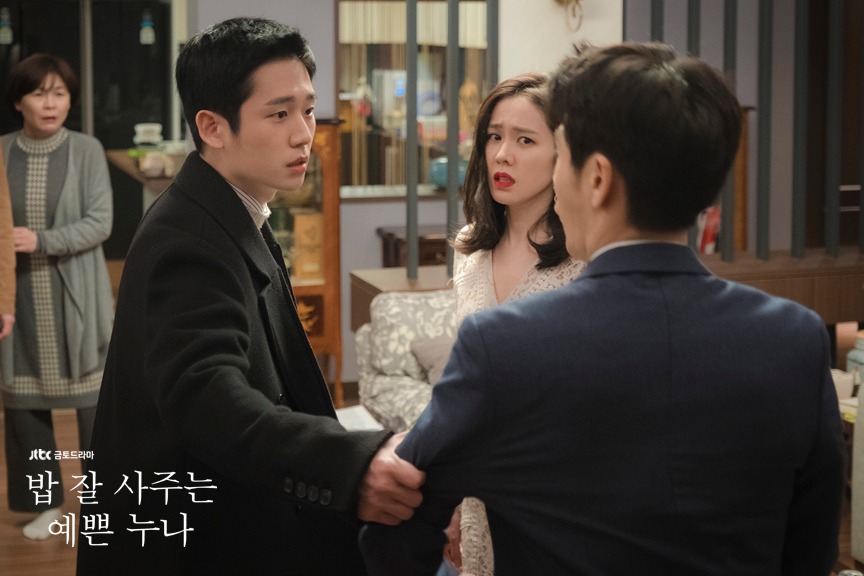 While Jung Hae In can win the hearts of (pretty much) any female age group, the strength of this new romance drama is how neat and flowing the narrative is in presenting the layers of the characters who move in the story.

The music and the dynamic interaction of the characters easily slips to the viewer’s system because of how comforting the scenarios are. 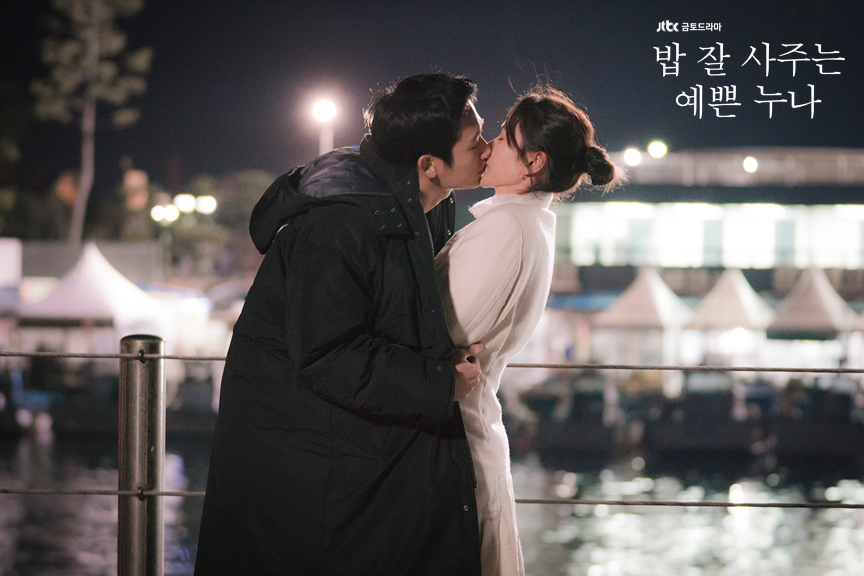 When the PD announced creating a relatable romance story that happens to anyone, he made sure to keep that promise. Viewers will notice how the drama magically hooks, even with a plot that thrives on long dialogues.

Something in the Rain, with its romantic tone and retrospective approach, is already seemingly a must-watch drama that you should include in your watch list.

Something in the Rain is available on countries service by Netflix every Friday, excluding Japan and Taiwan. In the case of the US and Canada, the streaming service will commence on May 26.

All Photos and video from jTBC.

Hellokpop, as an independent Korean entertainment news website (without influence from any agency or corporation), we need your support! If you have enjoyed our work, consider to support us with a one-time or recurring donation from as low as US$5 to keep our site going! Donate securely below via Stripe, Paypal, Apple Pay or Google Wallet.
84
SHARES
FacebookTwitter
SubscribeGoogleWhatsappPinterestDiggRedditStumbleuponVkWeiboPocketTumblrMailMeneameOdnoklassniki
Related ItemsJung Hae-Inpretty noona who buys me foodPretty Sister Who Buys Me Foodpretty sister who buys me food recapsomething in the rainsomething in the rain ep 2 recapsomething in the rain episode 1 recapsomething in the rain recapSon Ye Jin
← Previous Story Yoon Doo Joon Reprises His Role For Third Season Of “Let’s Eat” With Baek Jin Hee
Next Story → “Law Of The Jungle” Gears Up For South Pole Adventure Where The Cast Battles Extreme Cold Weather