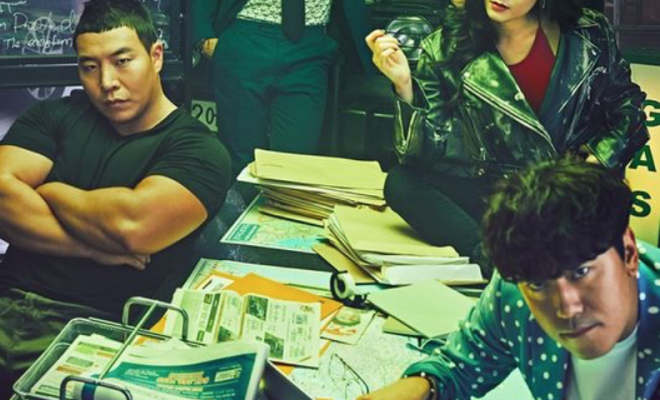 A fighter, an expert hacker, a fearless driver and a sleek con-man – a perfect recipe for  OCN’s new heist drama The Player.

Stealing black money from the country’s controversial politicians, conglomerates and gang leaders is their game plan. 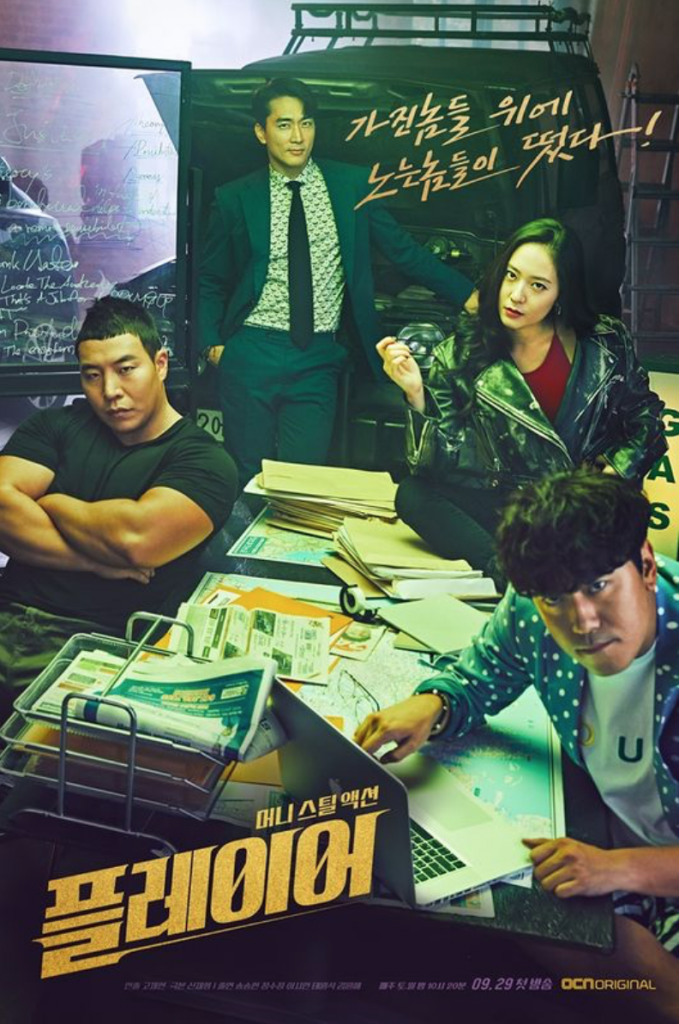 Starting off the scene is an aerial shot and a mysterious man driving behind a luxurious car towards a prison. With the kind of editing and background music that look like the ones we see in 007 series, audience can sense that this drama will be action-filled.

Chairman Chun is set to be a given a presidential pardon, which stirred a major buzz in the society. In the prison, Ha Ri pays him a visit posing to be a prosecutor. He tricks the chairman that the prosecutors are in the works of targeting each and everyone in the organization, and their next target is to catch the laundromat, where all the chairman’s illegal activities take place.

Afraid to be caught, Chairman Chun immediately calls his launderer to leave at once, and moves all his money to his hotel suite.

Sooner than expected, Kang Ha Ri and Im Byung Min (Lee Si Eon) are already on standby at the hotel, and planning how to infiltrate Chairman Chun’s suite. From a dignified-looking  prosecutor, Ha Ri swiftly changes his outfit to a security personnel’s uniform, filling in as one of the guards, at the chairman’s secret elevator passage. He lets the other innocent guard (cameo by Yoo Seung Ho) scoot off.

Just as when Chaiman Chun’s team arrives at his suite, Ha Ri is already unloading the money from the safe, and the gang is dumbfounded, not knowing who he is. But he even has the guts to tease them and ask for help. Immediately after, a bulky man enters in the room. Suddenly, Do Jin Woong (Tae Won-seok) swiftly battles with the gang who is in no match with him.

The swindlers leave the hotel at ease as Byung Min wears a police uniform. The police later realize that something is amiss and start to chase after their van.

Meanwhile, a mysterious  biker arrives in time and stops the pursuing team of cops heading towards the van. It turns out that this skillful biker is a lady named Cha Ah Ryung (Krystal).

After successfully taking off with the chairman’s money, the team is set to another adventure as they plan to embezzle from a conglomerate Ji Mok Hyun of Hyun-jin Group.

Chairman Ji is already in hot waters for bribery. But instead of directly targeting him, they change the plan this time by focusing on the chairman’s youngest son, who is accused of raping a model that apparently took her own life.

The team takes over the chaebol son’s case to put pressure on Chairman Ji. Looking into his file, they find out who his other victim is – a waitress, who is involved in a hit-and-run case and in the state of coma.

The victim’s mother takes them to the CCTV room and notices a suspicious man, secretly wandering in her apartment. Skillful as he is, Byung min, checks his computer to identify the man, and he finds out that he is a friend of the culprit. As they dig into his social media, they found a link to a private website. Byung min cracks the code easily. They later find a video of a man torturing a lady.

Suddenly, a warning flashes out the screen stating that they are being traced. Just before they are about to ran away from the scene, a convoy arrives, blocking their van, and before they know it, somebody has smashed the window beside Ha Ri. 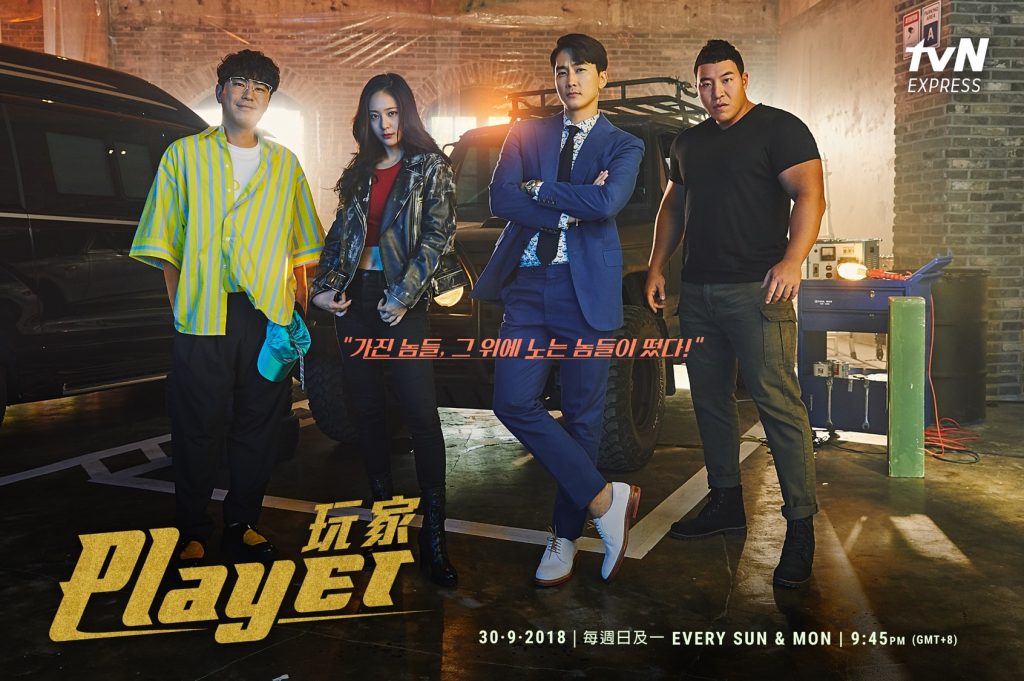 The Player is every bit reminiscent of caper stories such as Ocean’s film trilogy, Italian Job and the likes.

However, it feels vague how Prosecutor Jang got involved in the team. Another thing is, the story did not specify how Ha Ri found out about Chairman Chun’s hotel suite. Why did the team focus on pinning down the conglomerate’s heir when all they want is to find out where the bribe money is?

It kind of also confuse when they back-tracked from one month ago after successfully getting the loan shark’s ill-gotten wealth, then soon right after, it jumped into the conglomerate’s story. The connection of the two stories seemed off.

It has successfully pique viewers’ attention by throwing an anticipation bait to the con they are trying to pull off.

On the other hand, Kim Sung Cheol continues his amazing character portrayal since Prison Playbook, and this time around, he impresses with his role as the villain so far.

The Player airs on OCN every Saturday and Sunday at 10:20 p.m. KST.