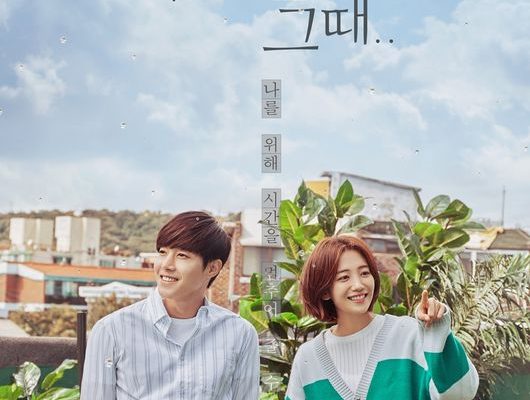 K-Drama Premiere: “When Time Stopped” Fascinates With Its Fantasy-Filled Plot

When Time Stopped is about a man who has the capability to stop time. He finds life boring, and he uses his ability to acquire and restore old artifacts for he believes that these things hold special memories. He meets a hardworking woman who is struggling to pay for her father’s debts. To his surprise, she is still able to move when he uses his supernatural skill.

This Kim Hyun Joong starrer certainly holds its own among the supernatural/fantasy dramas this year. 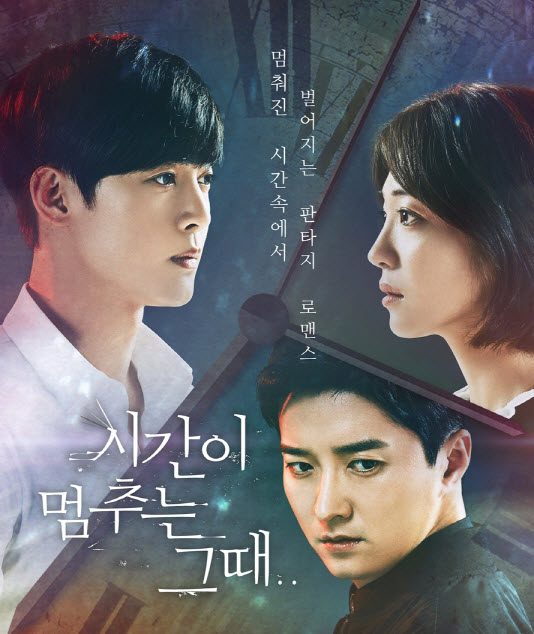 A long-lost painting from a renowned artist is on its way back to Korea. The French national in charge of handing back said painting admonishes the workers for not handling the package carefully. When it is time to show the crowd the precious painting, people are surprised to find an empty canvass.

Moon Joon Woo (Kim Hyun Joong) arrives at his studio with the painting. His landlord wonders at his ability to get the painting at such a crowded and heavily-secured place. He responds with a smile and says it is a business secret. They talk about Joon Woo moving out and he said he is on it.

The third-floor tenant hounds building owner Kim Sun Ah (Ahn Ji Hyun). He keeps on yammering about her debts and interest rates. She promises to pay the interest and the guy says there is a new law that allows creditors to increase their interest rates. Despite her protests, the guy is adamant to charge her with the new rates. 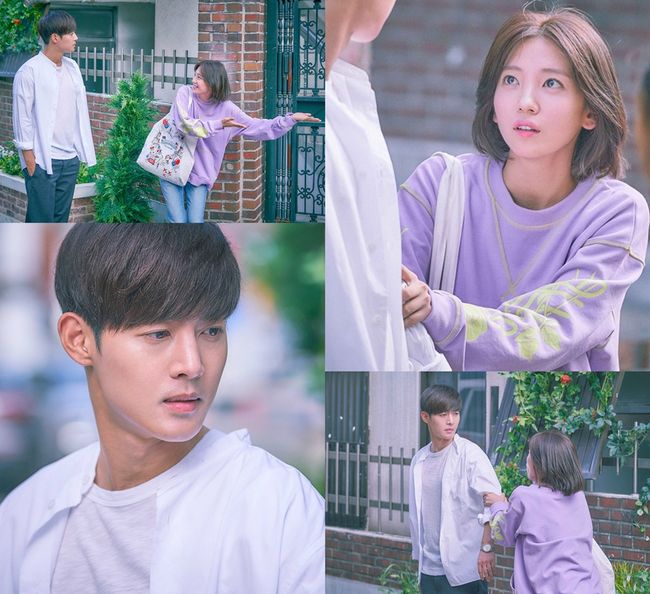 In a shabby room somewhere, a young girl complains of an aching stomach while her father drinks. Her older brother begs their father, but he ignores them. When he is about to strike, the brother rewinds the time. He goes out and steals money using his ability. A guy dressed in black, Myung Woon (In Gyo Jin) prevents him from going farther. Even though the child apologizes for stealing, the man touches the boy’s forehead and make him disappear.

A group of reapers watch all this unfolds and the Head explains that these abilities don’t belong to humans. People born having these “gifts” are glitches and must not exist. A novice reaper asks how they are supposed to make gifted people disappear when they do not have any special powers. The Head clarifies that when they drink a special concoction, they can temporarily borrow the ability.

Kim Sun Ah wants to know Joon Woo’s job, but he refuses to answer. She receives a call asking for a special delivery. She readily agrees even though it is raining hard. While driving, she dozes off and loses control of her motorcycle. She skids and falls off. As she scrambles to pick up the contents of her delivery, she finds out she is delivering food scraps. She cries and just when a truck is about to hit her, everything stops. 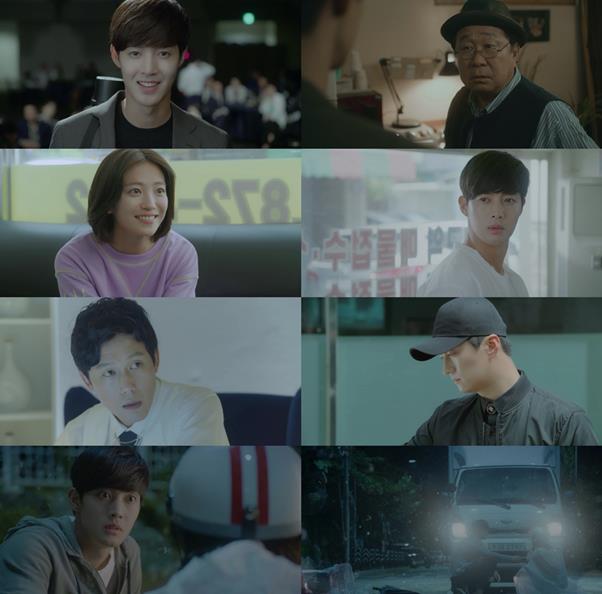 Joon Woo approaches a seemingly frozen Sun Ah and as he reaches out to her, she suddenly moves. He is startled, and she is in awe. She asks him if he is a magician and how he manages to pause the raindrops. Joon Woo warns her not to mention anything about his ability.

An antique Buddha statue surfaces and Joon Woo wants the artifact in the hands of the police so it will be placed in a museum. He uses his ability to prevent the sale of the statue in the black market. However, a policeman steals the statue and proceeds with the illegal sale.

Joon Woo decides to retrieve the statue and keep it with him. Kim Sun Ah gets inspired by Joon Woo’s ability to write a fantasy novel,  so she follows him. She loses track of him and eventually ends up in the statue’s illegal sale meeting. The buyer refuses to continue the transaction and the policeman gets angry. He is about to shoot Sun Ah when Joon Woo stops the time.

The Head assigns trainee reapers to eliminate a person who can change gender and physical appearance. They lose the original target and almost kill an ordinary person. The Head reprimands them and cautions them to be careful. Myung Woon blames him for assigning trainees to catch a dangerous being. He then accepts the order to get the shape-shifting guy.

Joon Woo explains to Kim Sun Ah his work and accepts that she is now involve in his life. Since she is not affected by his time-stopping ability, he resolves to give her rules regarding his “time”. 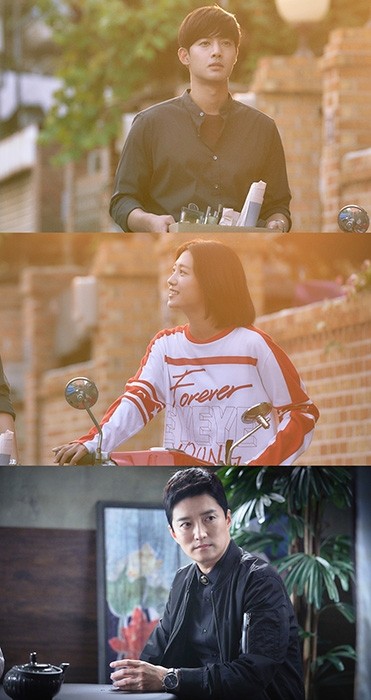 When Time Stopped is certainly an interesting drama. The premise, although not extraordinary, is still intriguing. The first two episodes laid enough groundwork to stir curiosity and the fantasy aspect is also engrossing. It’s nice to see Kim Hyun Joong back on the small screen and he did well for choosing this as his comeback project.

Ahn Ji Hyun also delivers in showing her character’s struggles and bubbly personality. Kim Sun Ah may be in a lot of debt and finds it hard to make ends meet, but she is still able to smile. Her cheerful persona is in direct contrast to Joon Woo’s uncaring attitude. It will be fun to witness the characters develop as the story progresses.

Having a glimpse of the drama’s main conflict adds to its appeal. It is not hard to guess that the group of reapers would come after Joon Woo once he gets on their radar, but to see the series of events that would lead to it is what makes this drama an exciting watch.

Catch When Time Stopped on KBS W every Wednesday and Thursday at 11:00 p.m.

Hellokpop, as an independent Korean entertainment news website (without influence from any agency or corporation), we need your support! If you have enjoyed our work, consider to support us with a one-time or recurring donation from as low as US$5 to keep our site going! Donate securely below via Stripe, Paypal, Apple Pay or Google Wallet.
250
SHARES
FacebookTwitter
SubscribeGoogleWhatsappPinterestDiggRedditStumbleuponVkWeiboPocketTumblrMailMeneameOdnoklassniki
Related ItemsAhn Ji HyunKim Hyun JoongrecapWhen Time Stopped
← Previous Story November 2018 Korean Drama Releases: “Tale Of Fairy”, “Priest”, “Encounter” & More
Next Story → K-Drama Mid-Series Check: “My Secret Terrius” Streams Amusing Spy Story Consistent To Initial Promise