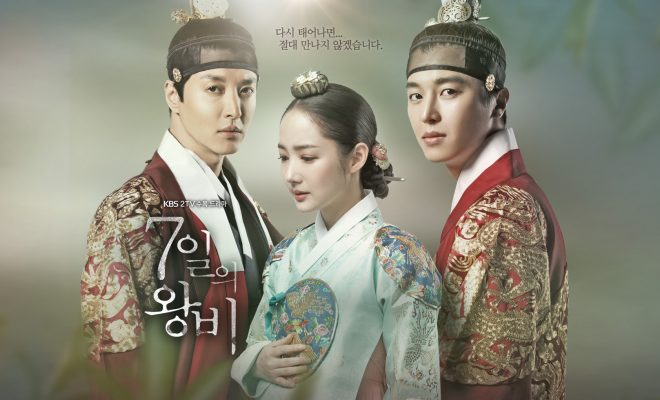 “Queen For Seven Days” captures an arresting tale of love and sacrifice that will burrow deep in your heart. 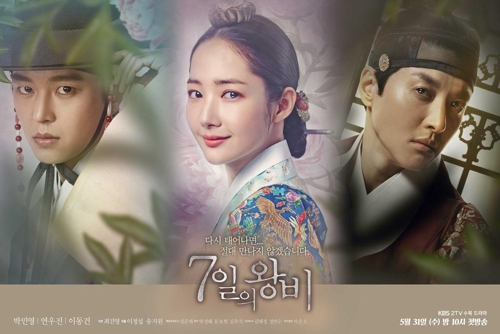 Once in a while, you witness a beautiful love story that you want to tell everyone about it because you want to share that stunning experience with them.  That’s the exact feeling I had when I was watching Queen For Seven Days.  It brought me to the sweetest highs and despondent lows as the story lured me in a web of doubts, betrayals and love.

Queen For Seven Days pushed me to the limit of my tears.  I usually avert melodramas, but KBS’ historical offering has this interesting visage that draws you in as a viewer at the moment you meet the lead characters.  Staged in traditional background, it narrates a breathtaking chronicle of a woman, who relies on love but falters on trusting that love which eventually leads to her misfortunes.

Park Min Young delivers another classic performance in her newest historical melodrama, with equally outstanding support from her male leads Yeon Woo Jin and Lee Dong Gun. Queen For Seven Days will challenge your emotional strength in a way when ice cream and chocolates won’t help. 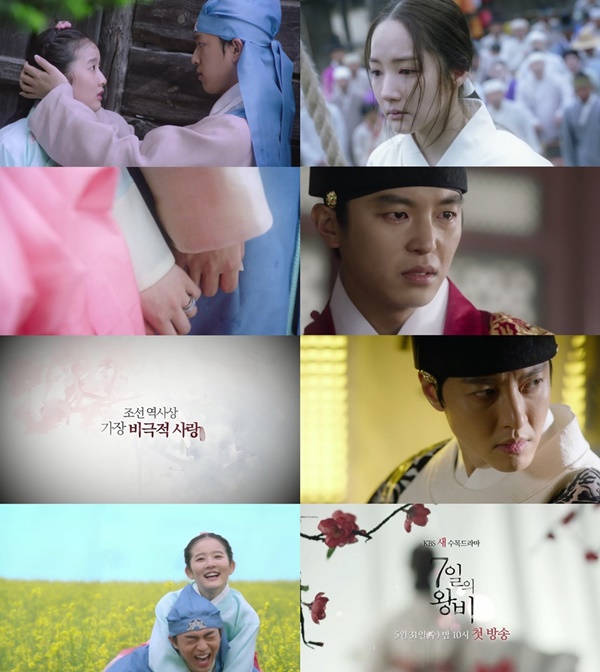 Layered by the exhausting political power struggles, the war between two brothers wanting to keep the throne to protect and keep the woman they cherish in their hearts is full of poignant moments, where viewers would sympathize on the pain and sacrifices of the main characters.  They have to go through endless discernment to achieve vindication of the right and wrong options which they picked in trying to shield the people they love.

I don’t know how much bucket of tears Park Min Young cried in this drama as the woman torn between two brothers who want to keep her by their side.  She is truly in love with the Prince, but then she is also a pillar of strength for the King.  As always, Park Min Young can grasp her character well in a way that idol actresses can never understand.  If you count the variations of the crying faces she made, you can’t help but wonder if she is drinking some bottled emotions to nail the heavy scenes with conviction.  Her position in the story requires her to be brave, even with a hefty amount of fictional adversaries thrown at her.  She can’t be too happy because the junctions of the series have a special mishap compass that knows only her direction.  I think she is the most bullied character this year.  When I marry someday, my love promise will be “I Will Love You Like Shin Chae Gyung”. *grin 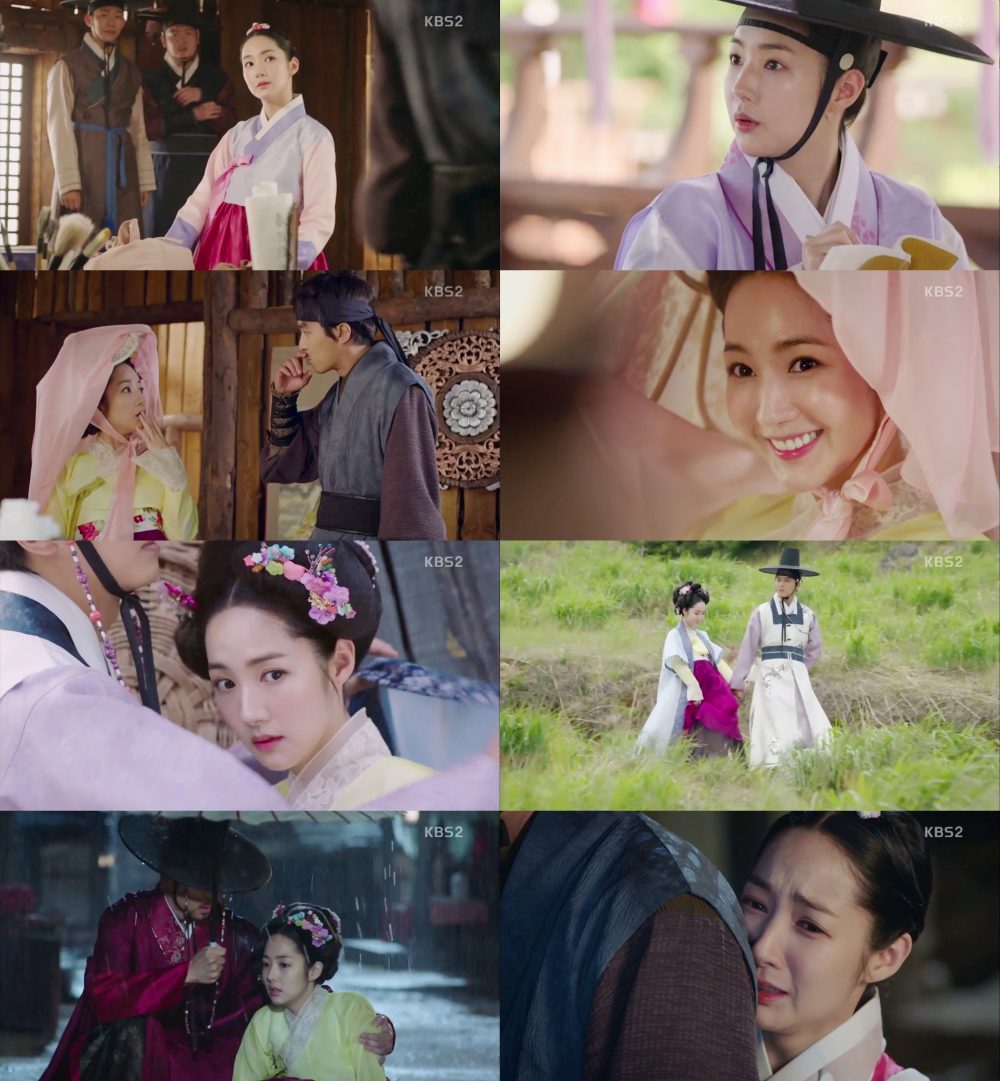 Yeon Woo Jin is a chameleon actor. He likes playing different personas that will make you admire the kind of actor he is heading to be.  His portrayal as the death-defying Prince in Queen For Seven Days will now be my favorite.  I love how he knows how to switch faces as the lead man in the strong heartrending scenes to a puppy faced prince, who can’t live with his lady love in the cotton candy light frames. 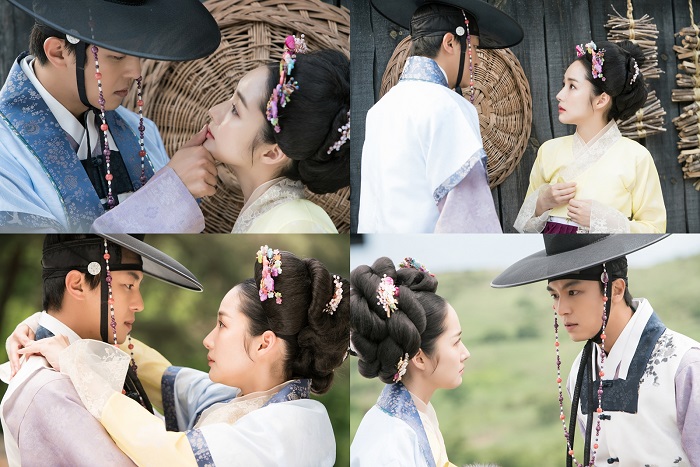 Wow is an understatement on how Lee Dong Gun added colors to his temperamental character as King Yeongsan. His conflicted image of an evil King is completely sketched that viewers can sympathize with his insecurities and irrational behavior due to the agonizing life he had from the trauma he suffered because of his parents.  His swerving to a villain role showed a facet of his acting arsenal that we thought he is not capable of.  I enjoyed immensely his rendition of a vile and misunderstanding King that I want him not to take easy projects in the future. 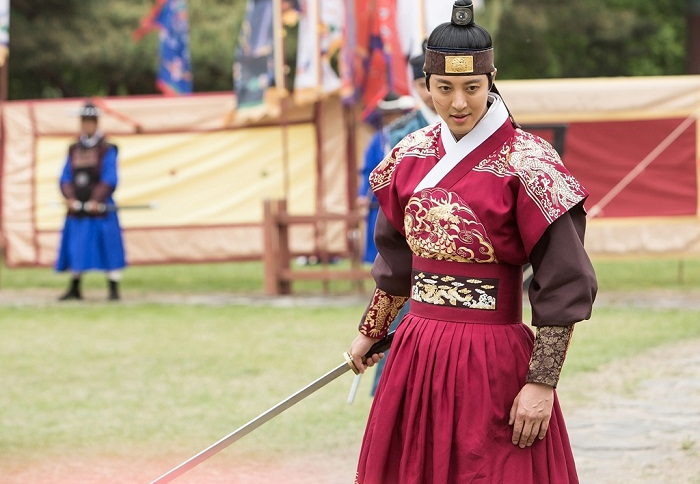 Queen For Seven Days tells the story of two brothers in contention of the King’s position.  Supporting them are opposing court ministers and members of the royal family vying to claim the seat of power.  The political factions are clearly delineated, and it helped that the story limited the count of antagonist to be proportional to the problems tackled in the story. Trust me when I say that grandpa villains in sageuk are ruthless and knows no bound when it comes to exercising their greed.  They come in numbers too, that they tend to overpower the heroes of the story.  That did not happen in Queen For Seven Days because the concentration of wickedness was neutralized – but also because the disheartening love problem outshines the political discord of the story.

The integral conflict suffocating the two brothers is worsened as they become victims of the greedy ministers standing on their sides.  On the King’s side, his already dysfunctional thinking is amplified by his loyal retainer’s advices to strain his relationship more with his family, who can’t fully accept him owing to his tyrant acts affecting the country.  On the other hand, the Prince, who is guided by his wife’s warmth and wisdom, gains the power through the support of his followers. But that same power is unable to protect the woman he loves, when his followers demand him to pay them back for helping him get the throne.

Queen For Seven Days efficiently maximizes the staple government intrigues and character motivations to balance the frustrating love line.  That is one of the reasons why even with its weep fest premise, you end up forgetting the tears and being consumed on finding the best way possible to make the people of that eccentric love triangle to be happy. 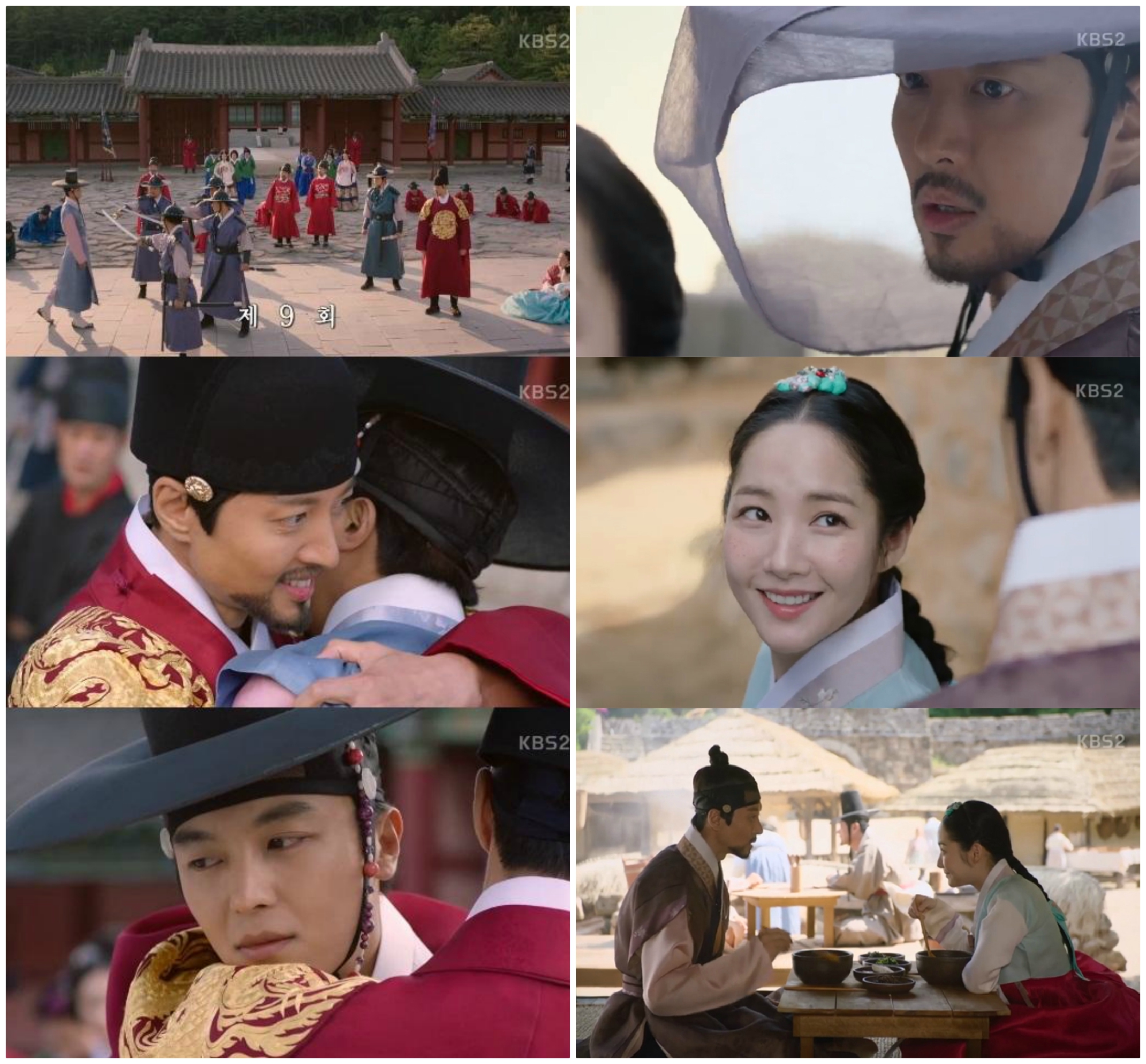 I smiled, melted, wailed, begged and a lot more on my drama journey in Queen For Seven Days.  When you think of those tragic love stories, you will remember them only as a sad tale. But not in this drama. While you grieve with the love couple who are forced to love each other from afar, you will accept that true love is kept in the heart with the best memories you have with someone, even if you cannot have future moments together.  This drama, though not achieving a happy ending fully, is still a satisfying romantic tale, which will appeal to people that knows love waits, love goes on, and love endures. 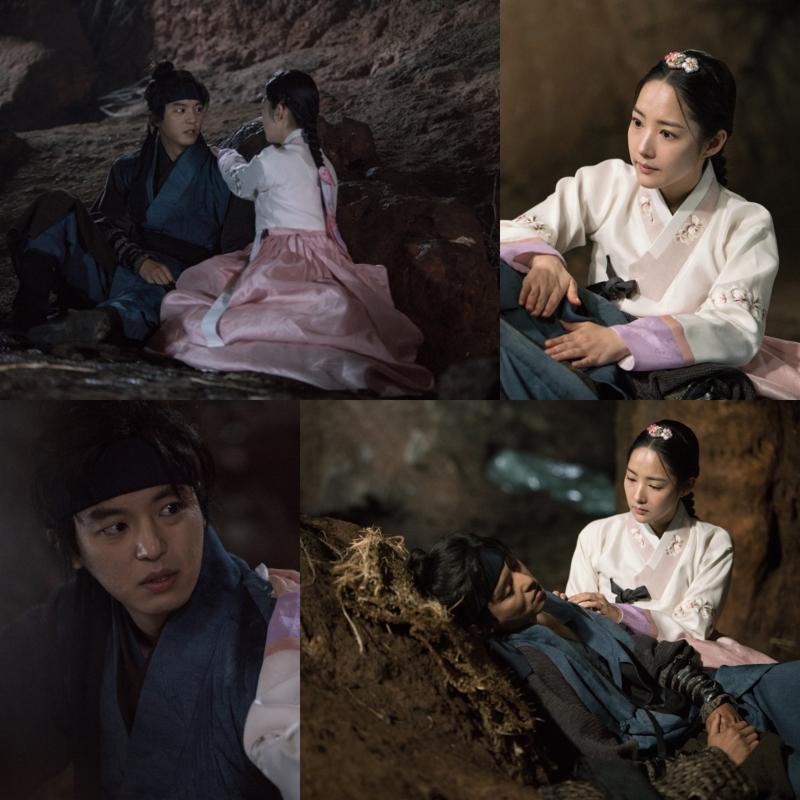 If you are the type who hates melodramas, then of course this is not for you. But I dare you to watch it and see for yourself why all the tears you will spend watching it is worth it.  I binge on it. Hence my tear ducts were exhausted, but I think if you savor it slowly, you would enjoy the intricate writing. 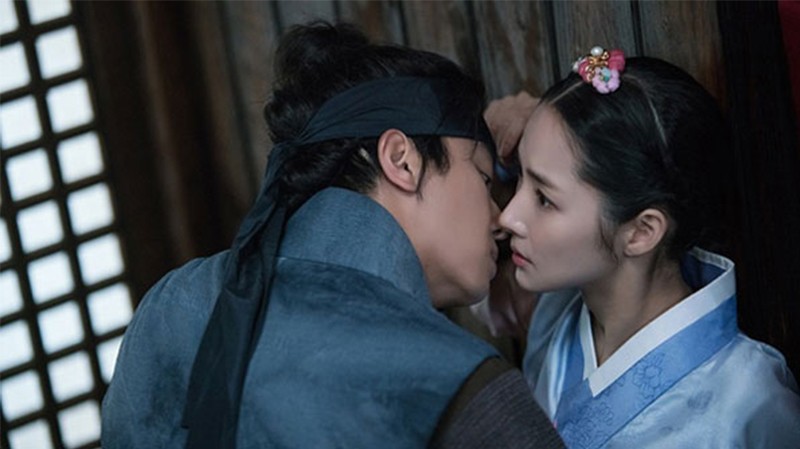 Although underrated, Queen For Seven Days is one of the best dramas I’ve seen for 2017. Superbly written, directed and acted, I never had a point where I had to question the plot because the characters are drawn so well that you will understand the choices they had to make.

Queen For Seven Days leaves a lingering message on how an enduring love may not picture an ever after at the moment, yet it does not mean that it won’t fulfilled in the future. Chae Gyung and Prince Jin Seong’s love story is a reminder that such sacrifices are inevitable when you are truly in love.

P.S: No plot summary will be included because I want you to watch it .