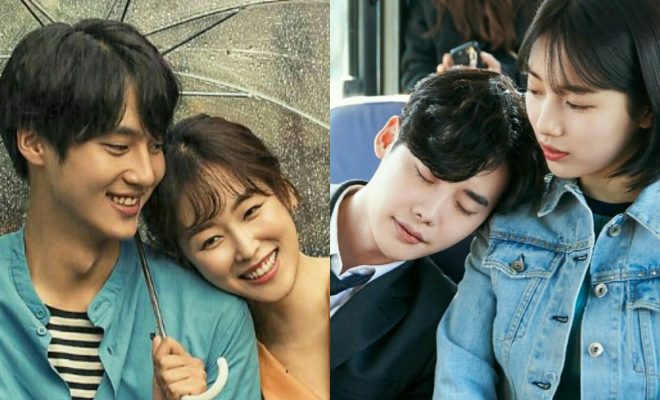 K-Drama Recap & Forecast: “While You Were Sleeping” & “Temperature of Love” Lead Ratings And Raves For 2017 Autumn

It is a romantic roulette for 2017 Fall K-dramas. 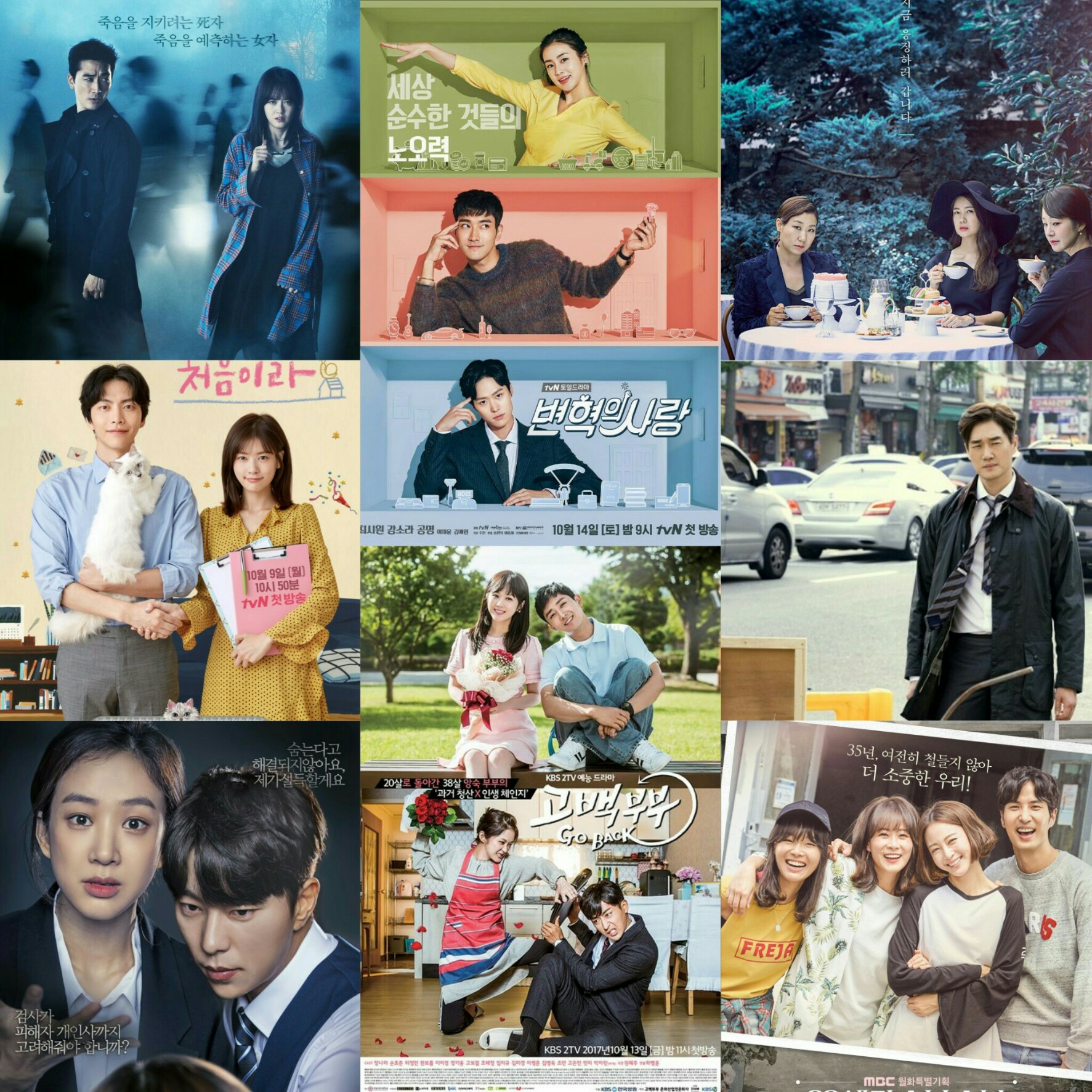 Cuddle your pillows and feel the love as the last doses of 2017 Fall Korean dramas sprint on a jam-packed premiere hurrahs.

SBS must be happy these days with their K-drama lineup.  We will see how KBS and MBC’s new offerings rise to the occasion.

The weekly dose of 2017 Korean Fall Dramas leans more on a sunny and romantic vibe. If you are on a kdrama slump, now is the right time to get the groove back. 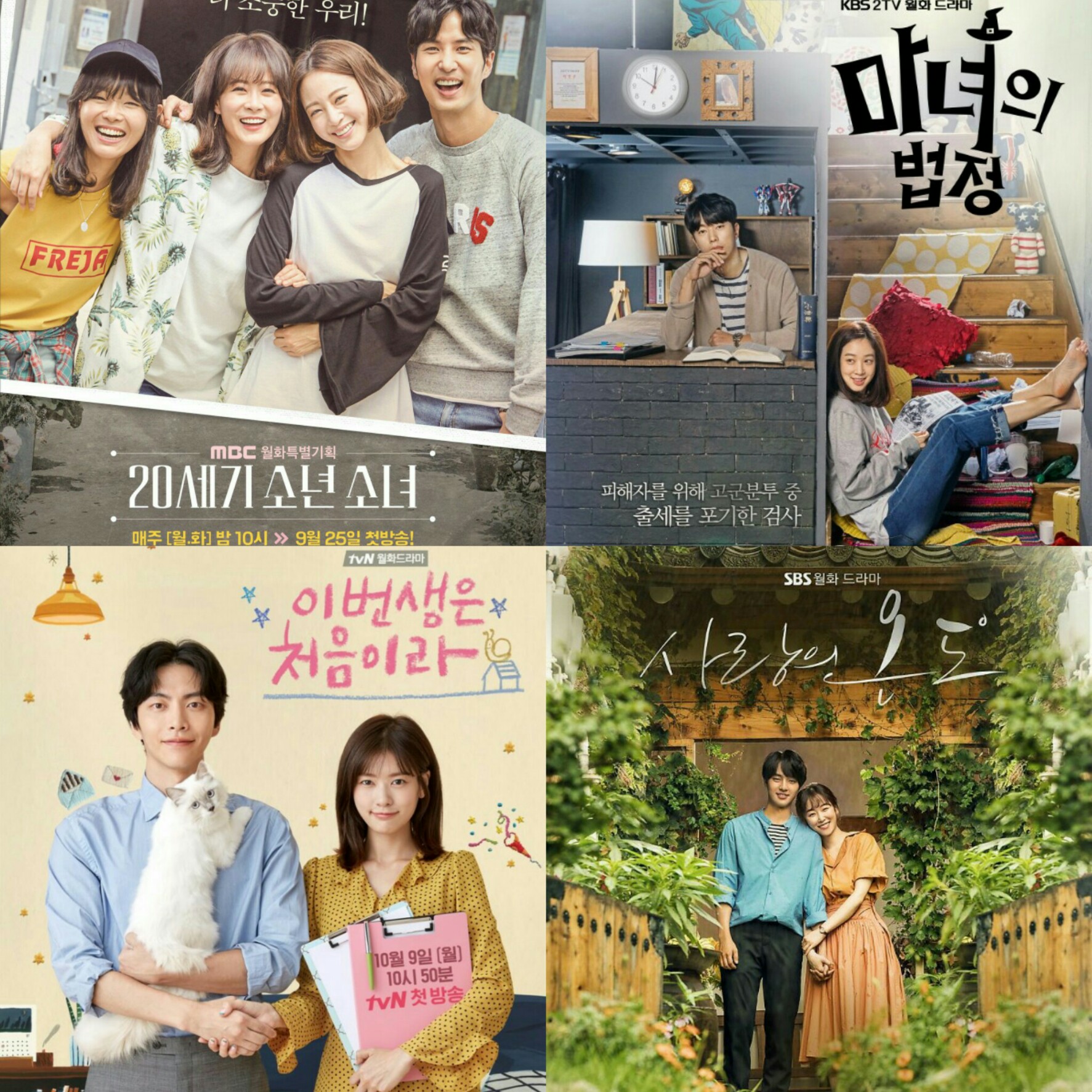 Temperature of Love dominates the Monday-Tuesday time slot as the plot thickens with the four main leads complicated love connections heating up. Moving at a sweet pace, the interrupted noona romance is building up to settle the love direction of the lead couple, which is delayed due to the heroine’s wavering heart. The time jump, career failure, and desperate female second lead are spicing up the eventual love reunion between the main couple.

Representing TVN, Because This Is My First Life joins the October 9 premiere spree. Movie actor Lee Min Ki is set to have an eventual romance by cohabiting with Jung So Min as she leases a space in his house.

The mid-week dramas are on a roll with powerhouse series.  Hospital Ship is pretty much enjoying the comfy seat as it sails through medical cases with Ha Ji Won and Kang Ha Neul on board.

But Lee Jong Suk and Bae Suzy take over the reign of the rating game on its second week after their drama While You Were Sleeping kicked off. 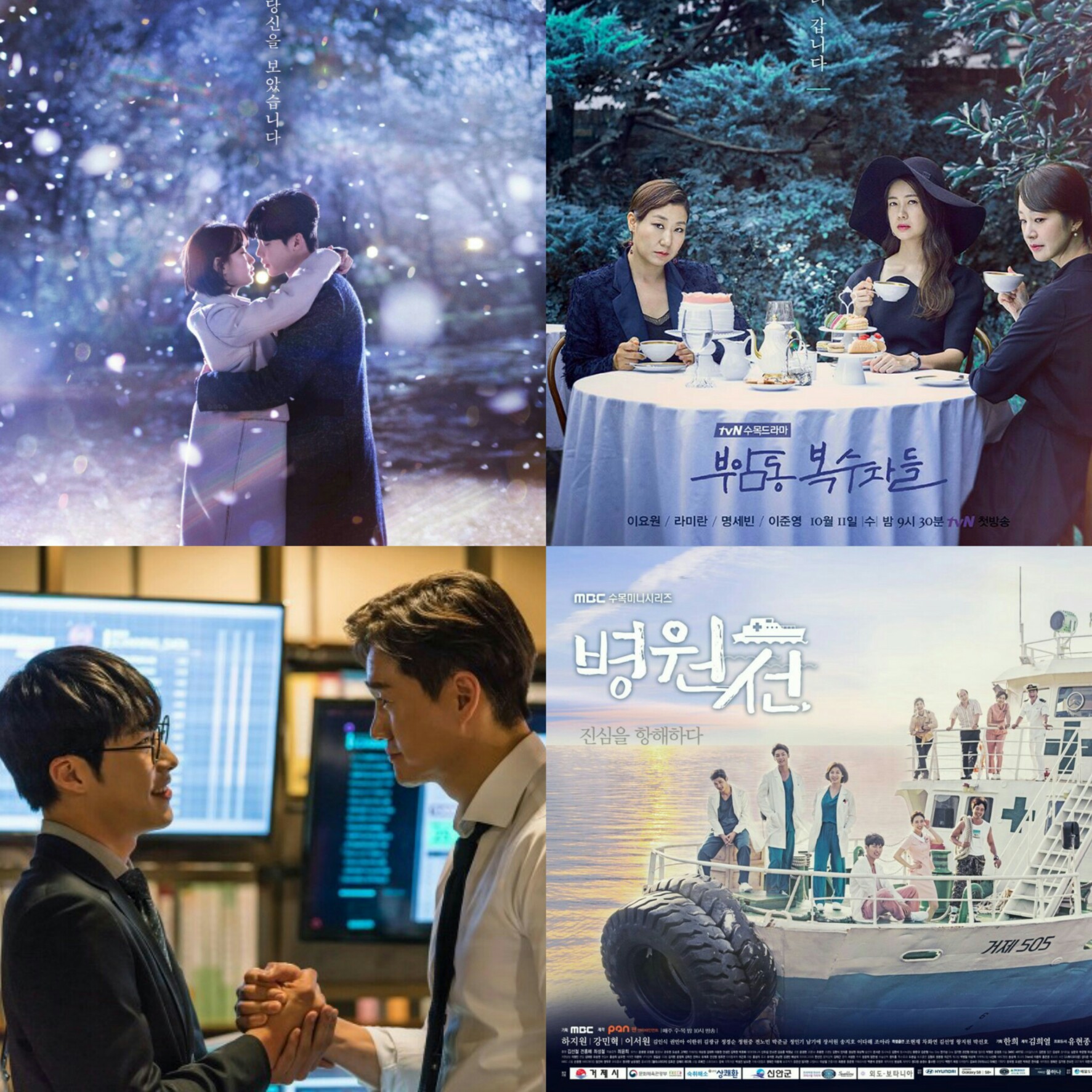 The cleverly written drama keeps on bringing out surprises based on its interconnected dreams plot. Each episode neatly uncovers the characters’ back stories while sealing on the side problems raised.

If the addictive pace and inventive plot will not falter, we might get a runaway hit, both in ratings and online followers’ rave.

Mad Dog with trusted actor Yoo Ji Tae will work on the insurance fraud story starting October 11. The detective series is a safe bet to neutralize your kdrama week filled with romantic stories.

Jang Na Ra pairs up with Son Ho Joon for KBS time-slip rom-com Go Back Couple, which is ready to commence on October 13.

That lucky spot has always been occupied by underdog-feel-good themed dramas with stable ratings in the past.  So let’s look forward if the fantasy-retro theme will pull off a dark horse performance yet again. 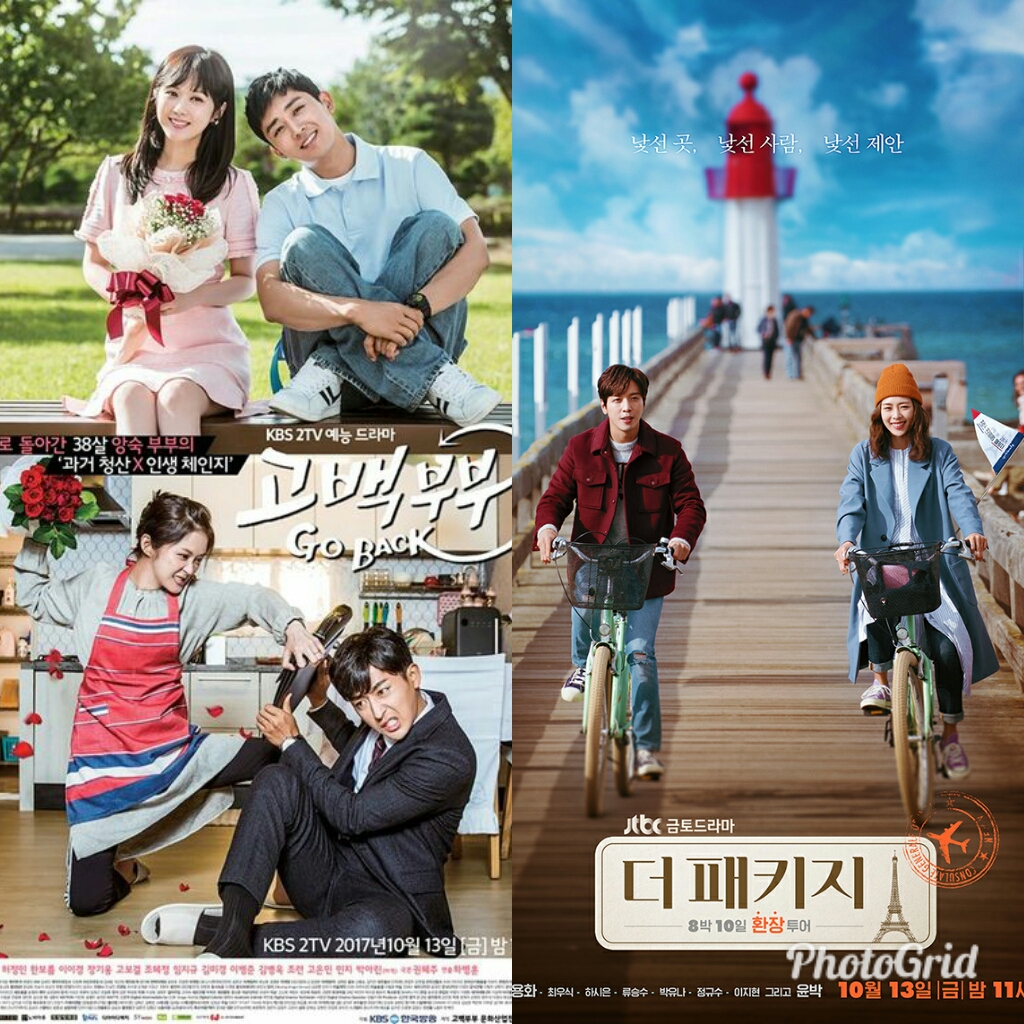 Jung Yong Hwa and Lee Yeon Hee joins the Friday-Saturday program roster in JTBC’s pre-produced rom-com The Package. Taunted as a yolo-rom-com treat set in European facade, it boasts a message of loving and living incidentally.

Family dramas still dominate the weekend stretch, with KBS’s My Golden Life slaying the ratings. SBS’s Unni is Alive and MBC’s Bad Thief, Good Thief are set to complete their run this month. 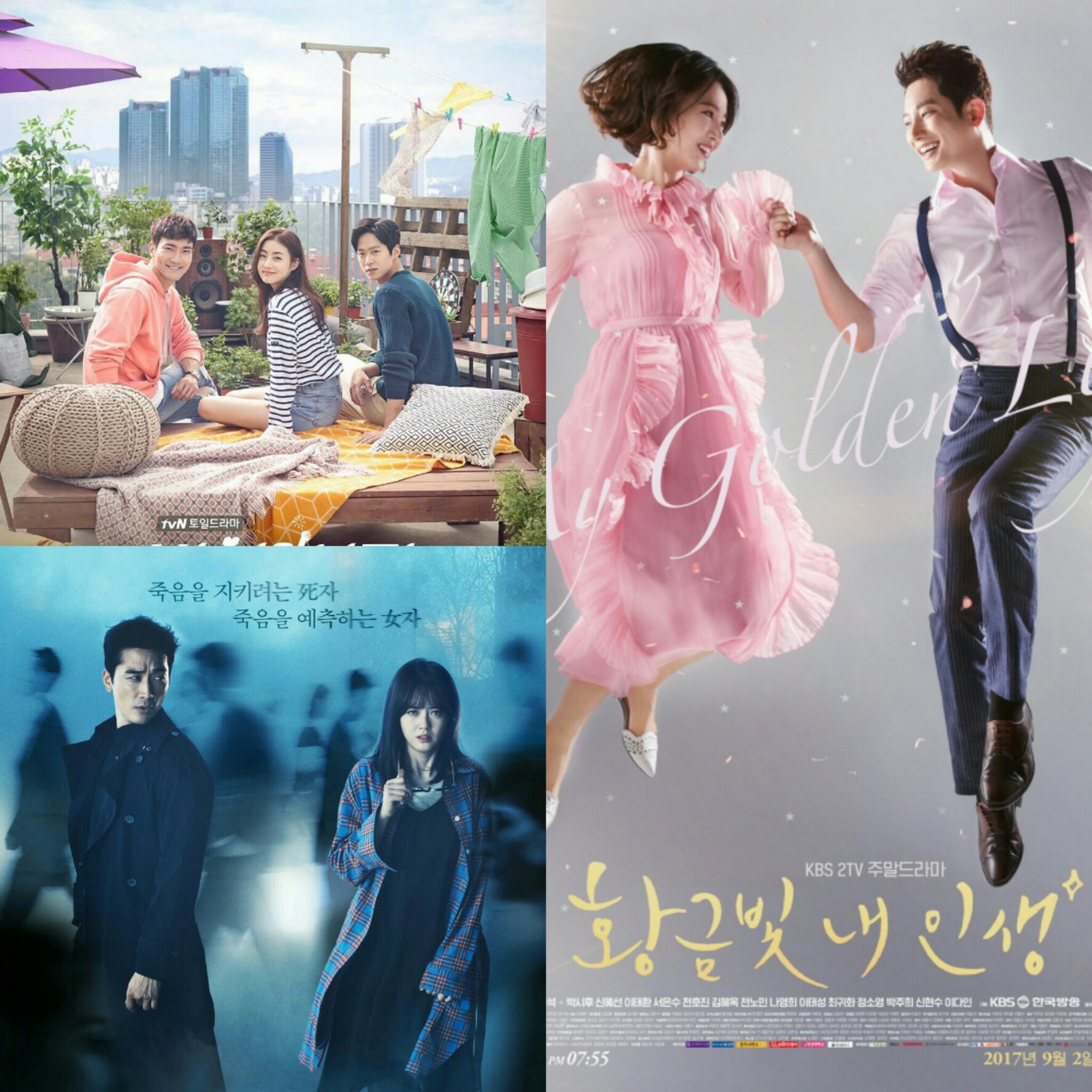 OCN is back again to unleash a dark romantic story between a grim reaper and a woman, who can foresee death in the new drama Black on October 14.

Yes, it’s going to be a busy drive for 2017 Korean Fall Dramas. The top-rated dramas so far are proving their hype.

So I would gladly recommend Hospital Ship, While You Were Sleeping and Temperature of Love for the prime time slot dramas, and My Golden Life for your weekend break. I will be back to give you some tips for our next recap on the dramas that are safe to invest your time while the new batch of series is coming up.