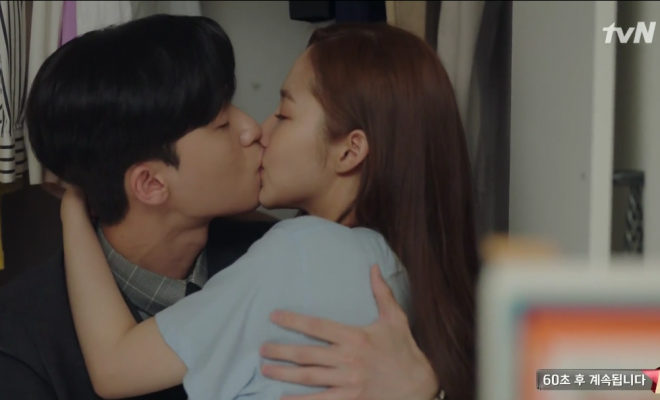 The focus on heroine’s emotions and thoughts weaves the preparations for the eventual tackling of the main issues raised in What’s Wrong With Secretary Kim.

The new love birds find ways to separate love from work, leading them to awkward scenarios in the fifth week of What’s Wrong With Secretary Kim.

The mirth and heart flutters seem never-ending and just keeps on getting better for tvN’s top-rating romantic comedy.

Linking the conflict raised involving the past of the lead trio still lacks a convincing punch. 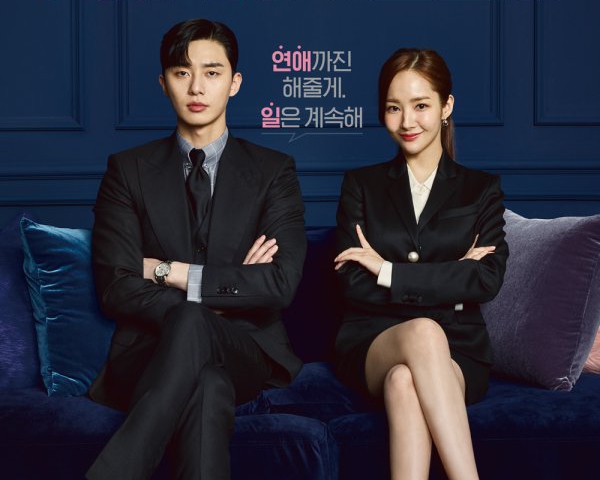 The eventful kiss affirmed the new relationship between Mi So and Young Joon who offered marriage again after enumerating his ever-perfect portfolio.

But his lady politely declines, citing they started dating only 30 minutes ago.

Just like any new couple, they find it hard to part with each other, so he goes back to tell Mi So that he went back so that she won’t miss him through the night. 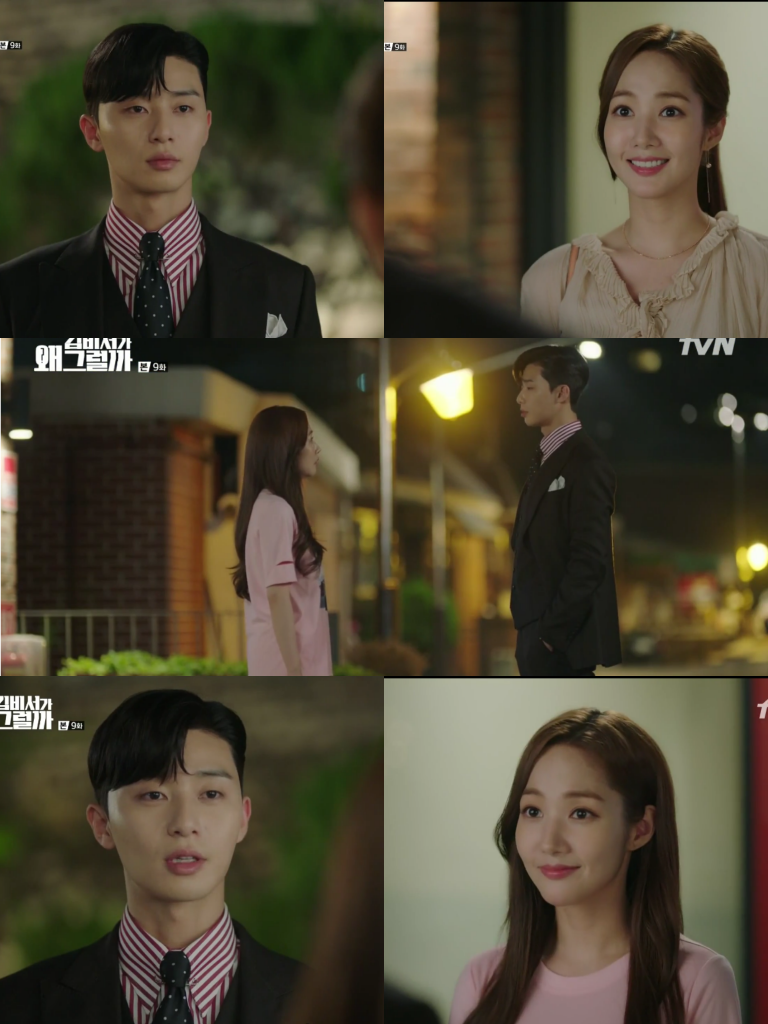 2. “You should be prepared to handle this much if you have awakened one’s sleeping desires.”

With all the good things happening for Young Joon, he sleeps soundly and even extends it at work, making a strange view for his friend and Mi So.

Just as she tiptoes to leave her man, he takes her hand and encloses her in his arms. She mumbles how the office people might see them, so he responds how she should have prepared well when she woke up his slumbering desires. Rawr for that. *grin 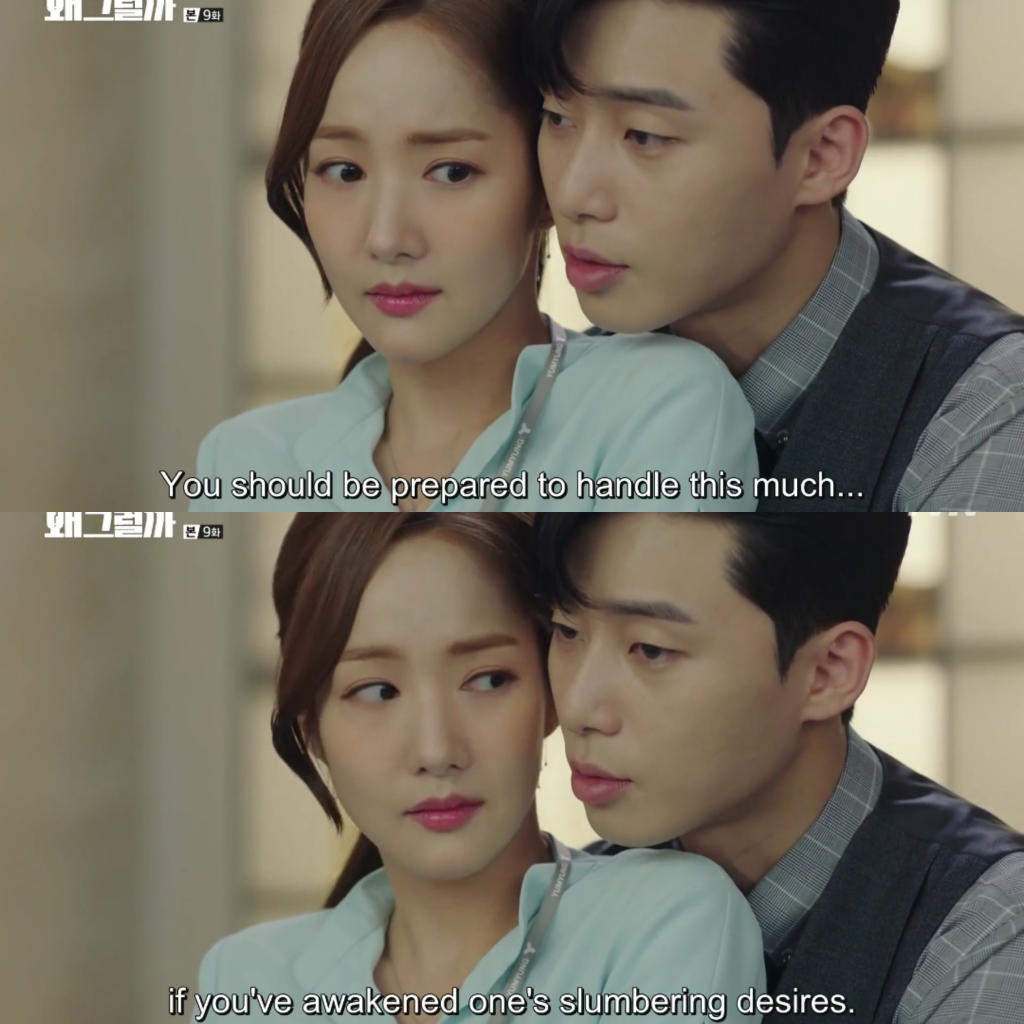 As new lovers, they agree to rules different from how their work relationship was before.

The boss-in-love takes the initiative of doing the things Mi So does regularly in the office,  making her feel uncomfortable and a slight lover’s quarrel ensues.

After work, they both do not want to call it a night, but neither wants to say the words. 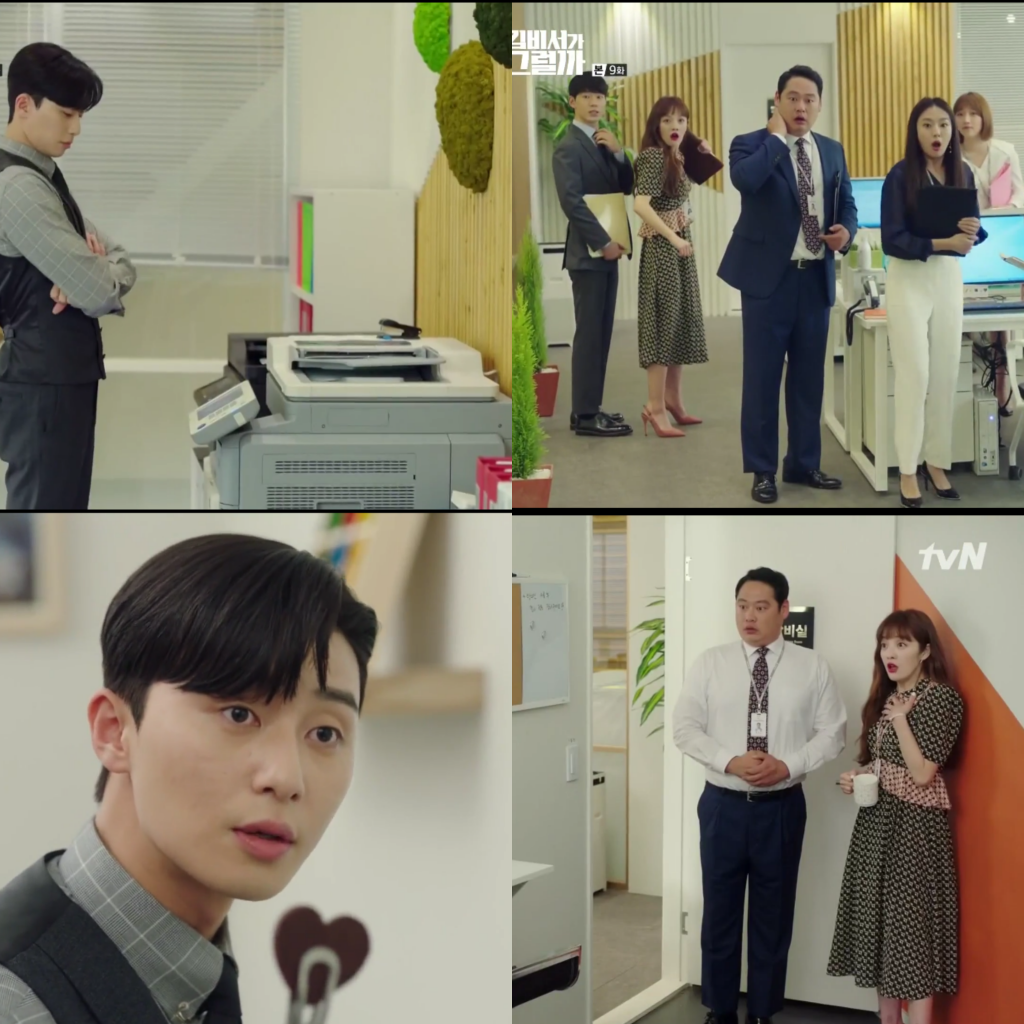 Young Joon surprisingly visits Mi So with her favorite dishes from a local food hub they visited before, but her sisters arrive with the same food.

Mi So hides her boyfriend inside her closet while her sisters burst out all the “bad boss” stories Mi So shared with them before.

The latter forces her sister to leave her place and appeases her man who has been pouting on how Mi So only shared the bad things, disregarding his good points.

He sighs and takes her to sit on his lap, not wanting to go for another round of misunderstanding when they just made up.

He tells her how he can’t afford to get angry when she is so pretty and scores a sweet closet kiss with her. 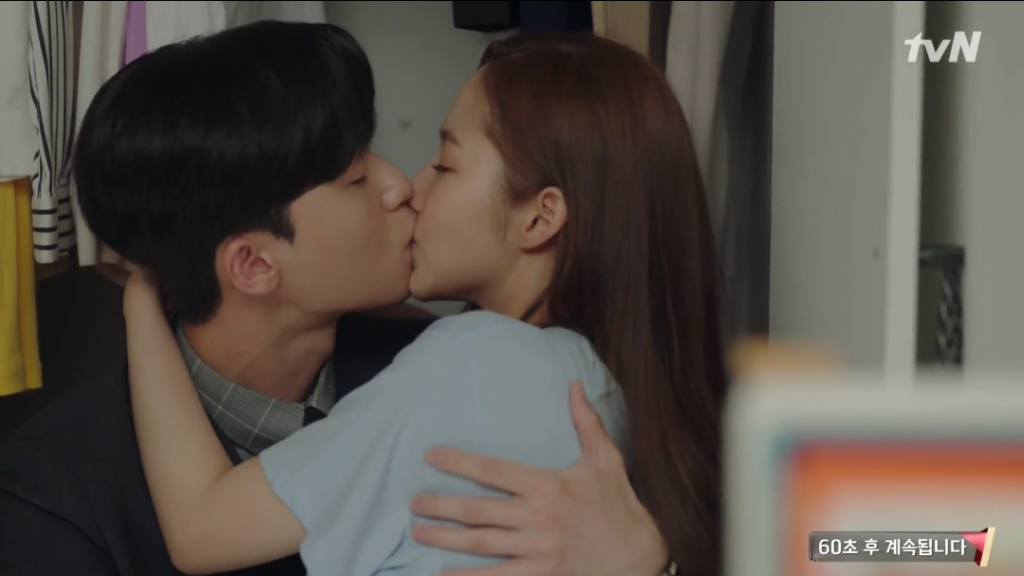 The lovers go for a walk but gets a quick rest for the tired boss.

Mi So is bugged about how her memories of the boy she was with seems distantly related to Lee Sung Yeon, but everything about her boss seems matching to her memories.

She tries calling him out with a different name, and he responds on instinct as he sleeps. He wakes up and she asks him if he changed his name, but he responds not to pay attention to his sleeptalks. 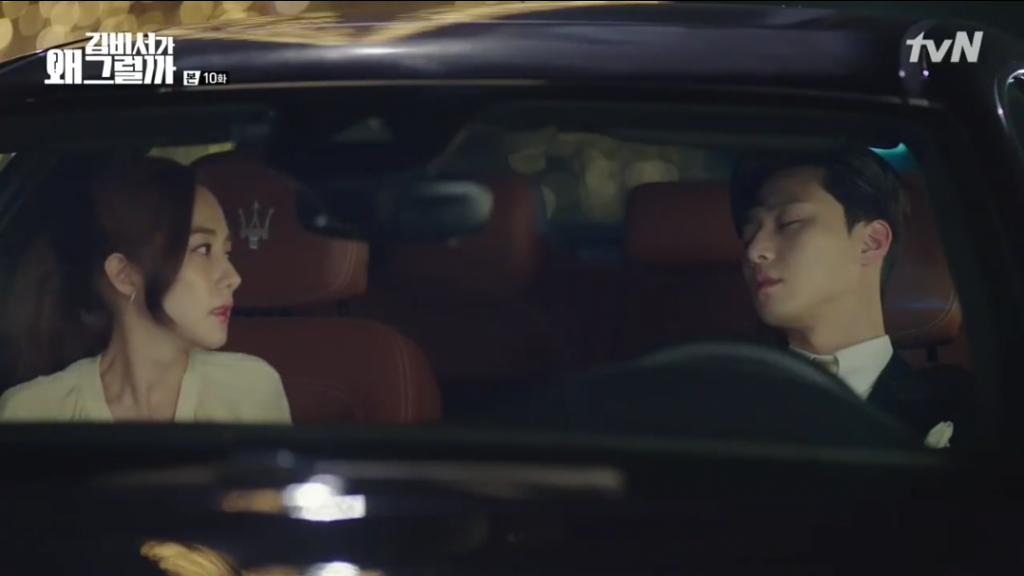 Still bothered about her memory, Mi So visits Young Joon’s mom to ask if her boss changed his name and gets the same response that she was with her oldest son.

She bumps into Sung Yeon who tells her to wait in the living room for her diary. She finds the brothers’ framed childhood pictures so she asks Sung Yeon who’s in the framed picture he is and confirms her suspicion that it was indeed Young Joon who she was with when she was kidnapped. 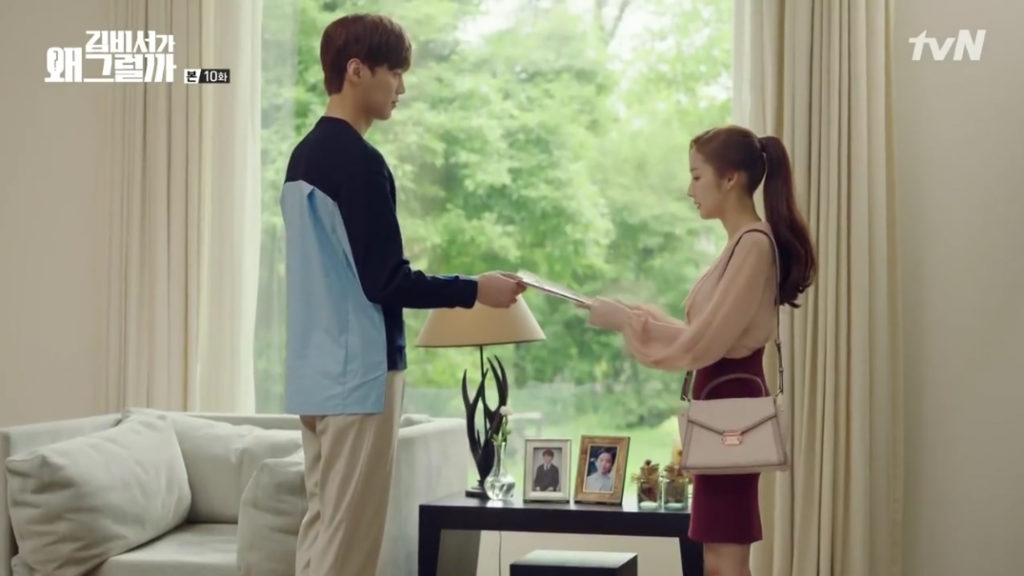 To win Mi So’s sisters’ hearts, Young Joon joins them to their yearly vacation, but her sisters are intent to make it hard for them as they are convinced that he won’t be able to fit into their worlds.

But he works hard to please them by proving his willingness to adjust all for the sake of his love for Mi So.

The sisters share how their yearly tradition is a celebration of their mother’s birthday (cameo from Jung So Min and Lee Min Ki) who gave them a beautiful memory near the beach when they were young. 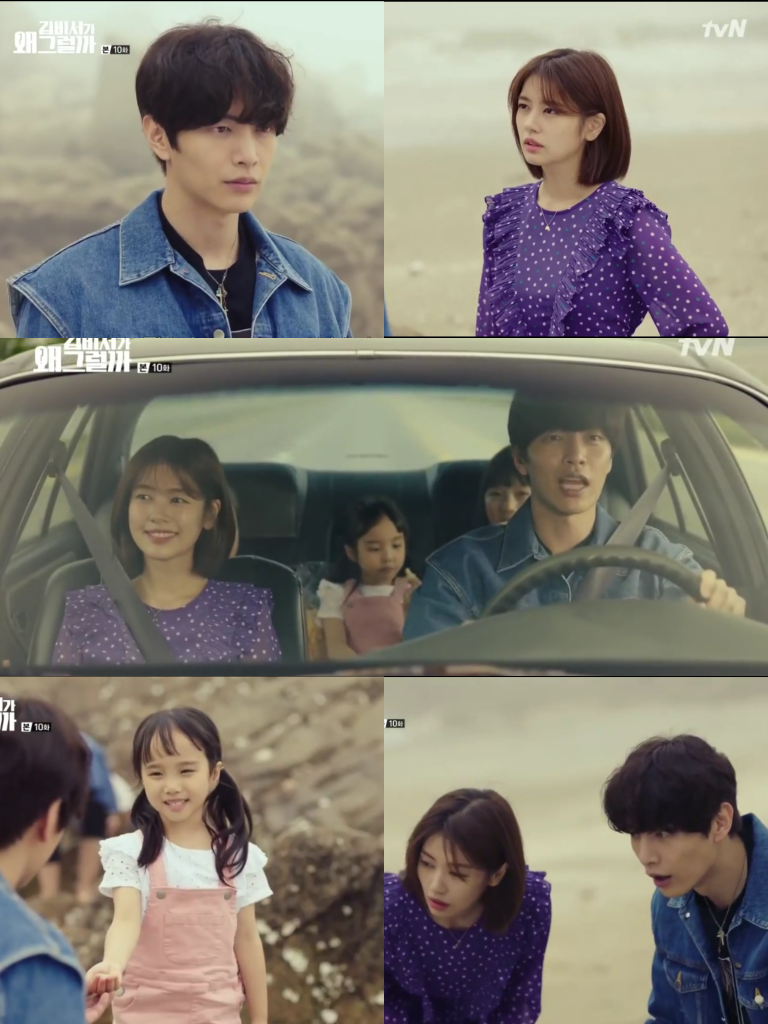 After a refreshing vacation, Mi So and Young Joon go back to the city just as Sung Yeon finally learns from his mother that it was his brother, not him that was kidnapped.

In an event that the lovers attended, Mi So is reminded of the traumatic past making her lose consciousness. 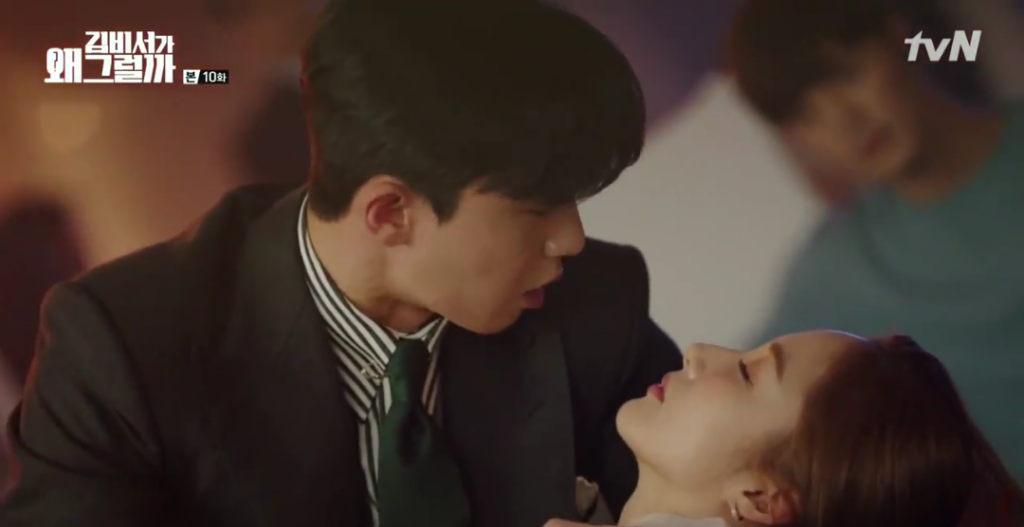 The last three episodes of Young Joon and Mi So’s story would answer the questions raised about the hero’s tampered memory.

Hopefully, we get the answers quick because we want to hear more of Young Joon’s adorable hubris.

The candied moments before the storm enables the viewers to forego the shallow plot conflict linking the estranged brothers and the heroine.

Though it fits to sustain the flow of the narrative, the problem raised is not that convincing. Nonetheless, the sparky romance overshadow the visible lapses and fillers of the series.