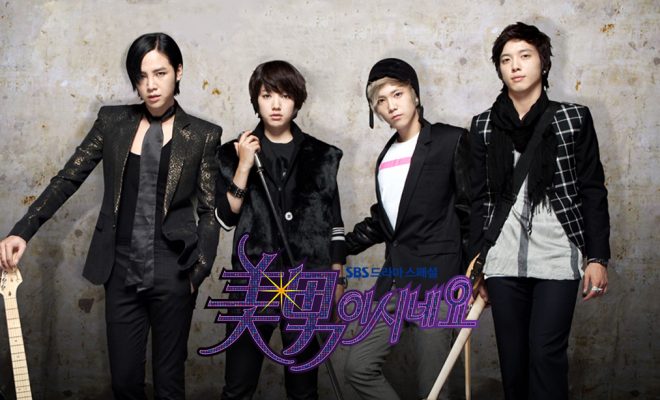 Hong sisters made a successful splash in 2009 when they conceived the zesty story of a novice who leaves the convent to help her twin brother, who is about to debut with a popular K-pop band. 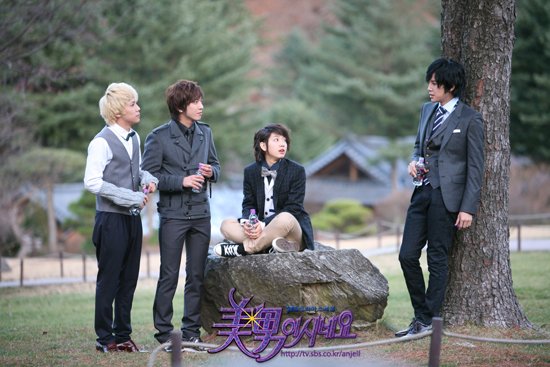 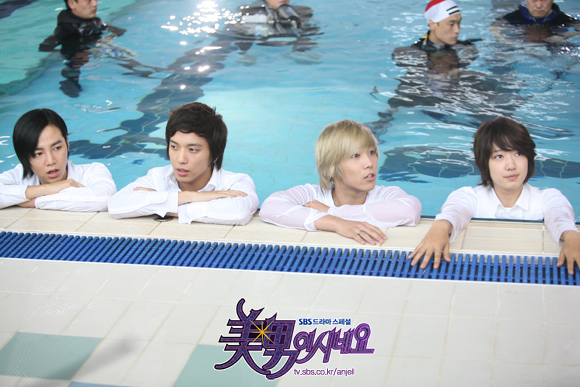 Go Mi Nyu (Park Shin Hye) takes the identity of her twin brother Go Mi Nam to live in the same dorm with A.N.JELL members when her brother fell on a coma after an accident.

The result is a sweet cohabitation rom-com with endearing humor and pun intended situations, made more addictive by the male leads who all fall in love with the pure-hearted heroine.

Having used to her life in the convent, the lead girl journeys to an unfamiliar world with mischievous boys backing her up every step of the way.

The cute and chaotic memories Mi Nyu/Mi Nam created with new people who came in her life eventually sway her initial plan to become a nun, when she wakes up, realizing she has fallen in love with A.N.JELL’s leader Hwang Tae Gyung portrayed by Jang Geun Suk. 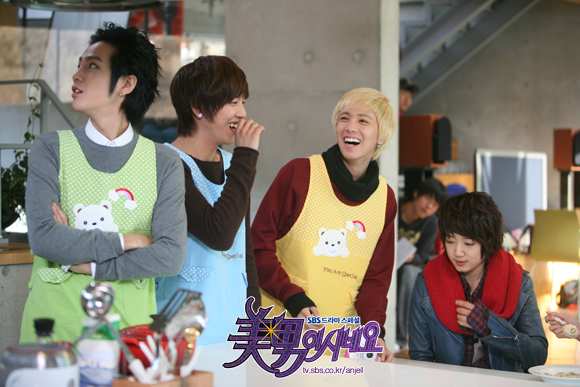 Perky mood coupled with a fast-paced storyline, You’re Beautiful easily won the viewers’ attention owing to the abundance of humor and sweet-sigh-inducing scenarios. The well-written script and candied moments splurged at increments, helped establish remarkable connections between Mi Nam and each of the male leads.

That made the love stories more interesting especially that point when the boys subconsciously competed to protect the heroine and to claim her heart, as frames of heaven are scattered to delight any rom-com craver.

The lively and refreshing vibe contributed to its cult following, as well as its stature as one of the most highly-recommended musical-romance dramas to date. 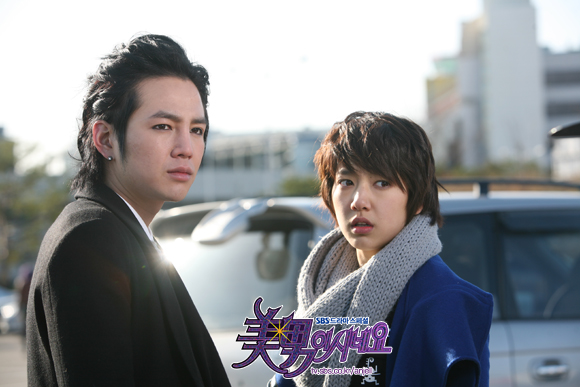 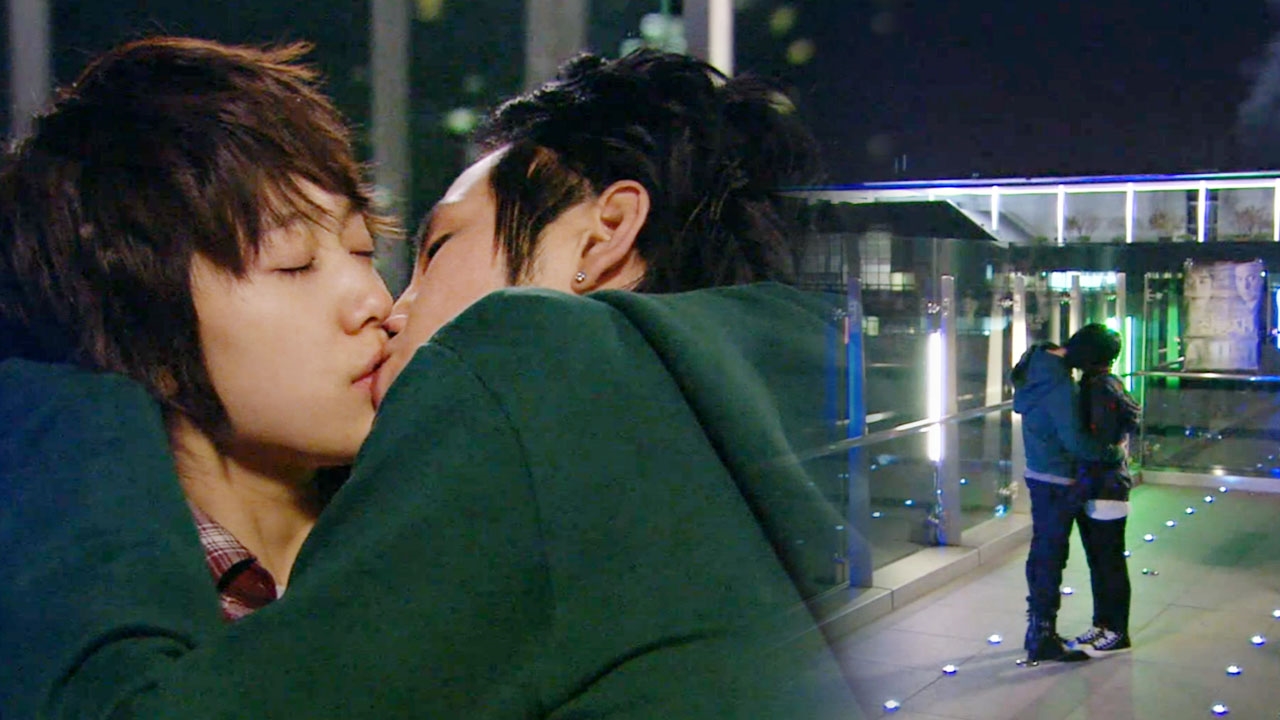 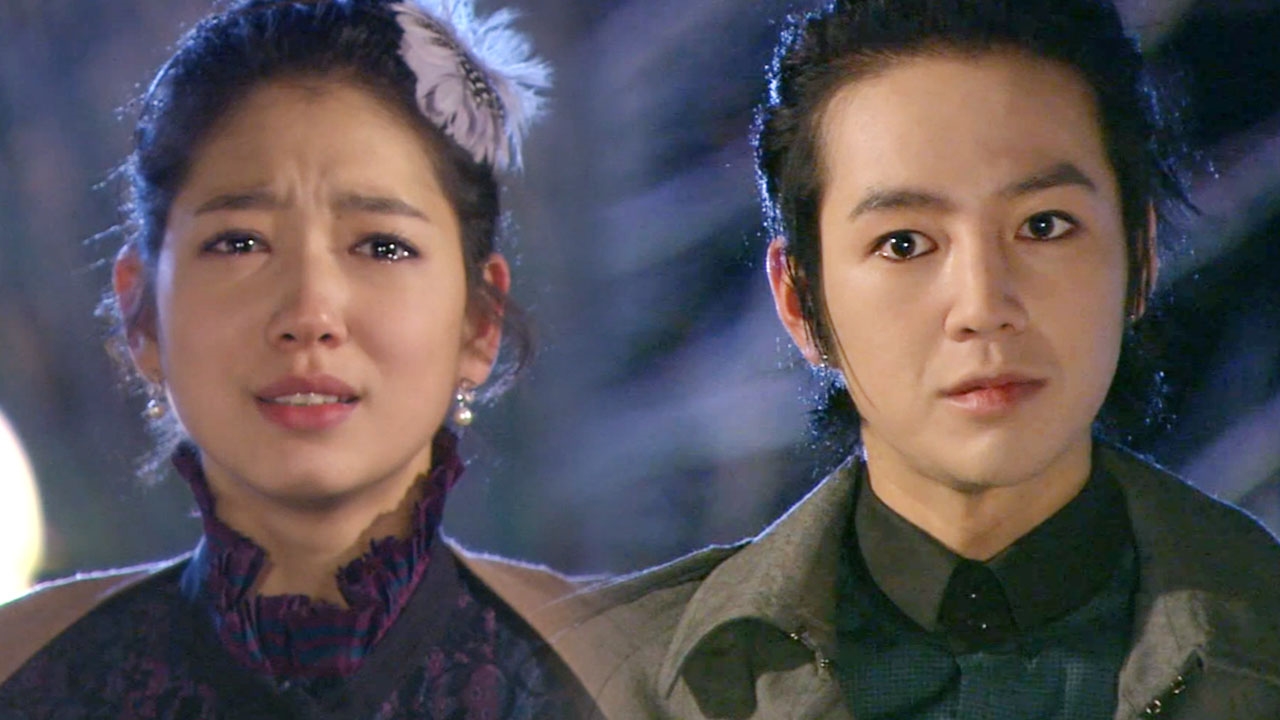 You have to prepare yourself for a second-lead syndrome. Not that Jang Geun Suk failed to show his worth, but because Jung Yong Hwa was equally spectacular, and made an impressive portrayal deemed enough for his character to also deserve the lead girl. CNBLUE’s frontman’s hard work on his debut TV drama project inevitably paid off when he and Park starred in another classic rom-com You’ve Fallen For Me. 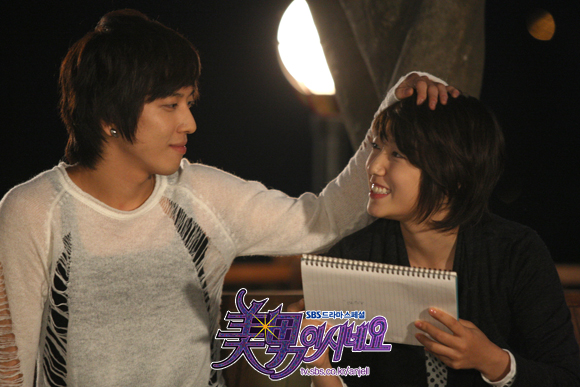 “I told you not to be where I can’t see you”, said Hwang Tae Gyung to Go Mi Nam in one of the most heart-stopping moments of the narrative. That scene is now nine years old, but I still smile and melt when I think about it.

The lemon hoarding scene of the boys who were all worried about Mi Nam being sick, the grocery shopping frame where the boys showcased a lot of cutesies, the dating-you-from-afar dayout of Mi Nam and Shin Woo, the heartbreaking one-sided romance of Jeremy to Mi Nam, and all those sweet bickering and liplock situations of Mi Nam and Tae Kyung are some of the best moments that I can think of at the top of my head.

The fact that I can still write about it right now says a lot about how striking the plot flow of You’re Beautiful is — it slips easily to find a spot in your memory. 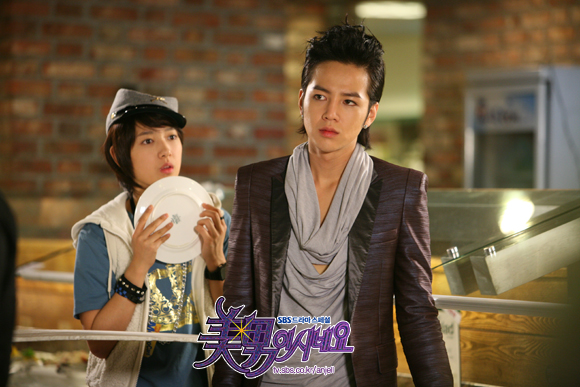 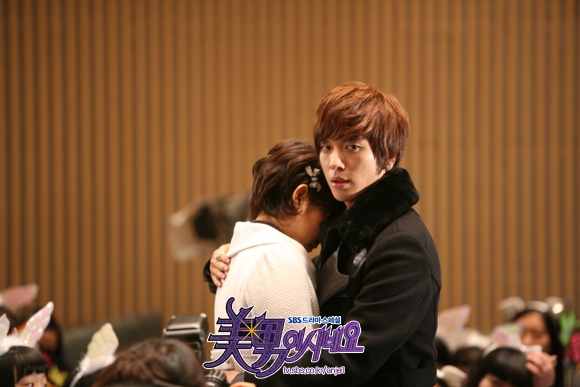 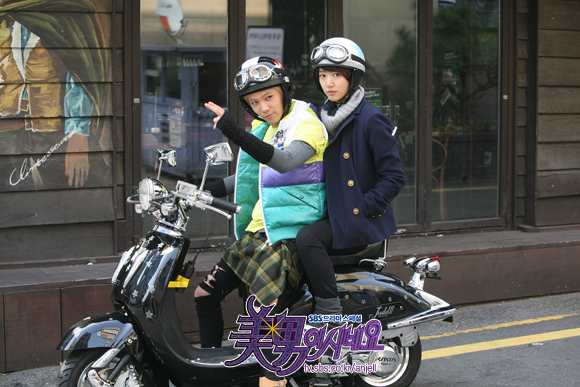 You’re Beautiful has one of the best songs incorporated to pump up the plot direction of the series. The idea of a fictional K-pop boy band popularizing tracks as the story progressed is one of the distinct charms which helped its popularity.

With successful singles performed individually and as a group, the soundtrack album even sold over 57,000 local copies at the end of 2011. A feat unheard of for K-drama OST album, but worthy to be acknowledged given the talented cast who boasted amazing vocals for the drama’s hit tracks.

“Still”, “Without Words”, “Lovely Day” and “Promise” are some of the popular soundtracks played in the background that we can still sing along even to this day. 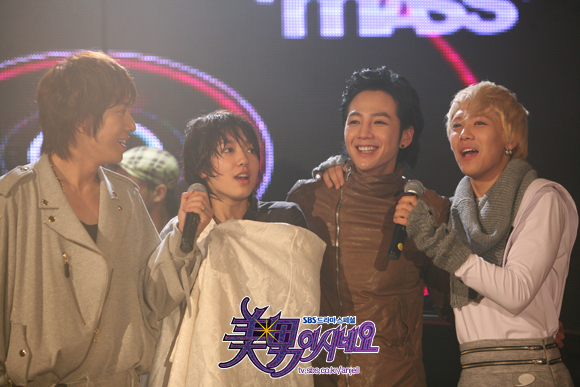 Looking back, this is still my favorite Park Shin Hye drama because she displayed a memorable heroine that was naive but refreshing, vulnerable yet persevering. It was also Jang Geun Suk’s first drama that made me call him “oppa”.

The premise of three men battling for the lead girl’s attention and parading their skills, regardless if it’s awkward or not, has been one of the fondest memories I had as a viewer, even now when I am recalling it.

It was a cheerful stay watching the male leads bled love hearts to get noticed by the heroine. You’re Beautiful has showed a clear picture of how love is meant to be enjoyed at the moment and chased at the right time. 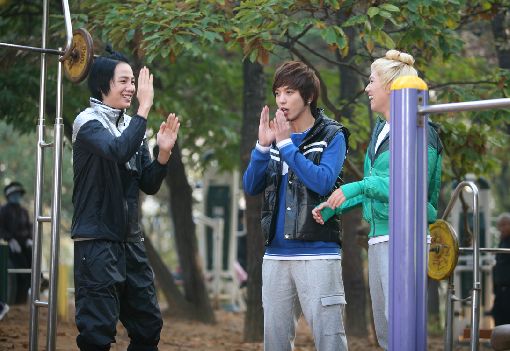 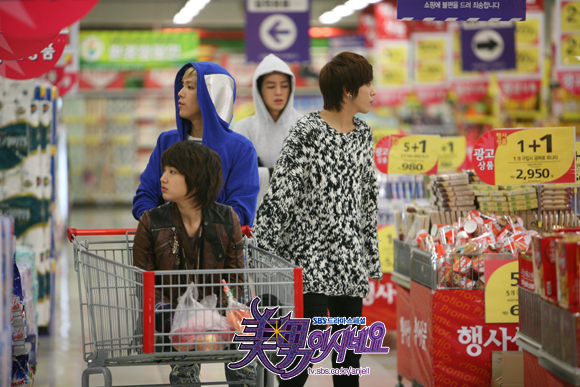 Hellokpop, as an independent Korean entertainment news website (without influence from any agency or corporation), we need your support! If you have enjoyed our work, consider to support us with a one-time or recurring donation from as low as US$5 to keep our site going! Donate securely below via Stripe, Paypal, Apple Pay or Google Wallet.
FacebookTwitter
SubscribeGoogleWhatsappPinterestDiggRedditStumbleuponVkWeiboPocketTumblrMailMeneameOdnoklassniki
Related ItemsJang Geun SukJung Yong HwaLee Hong-kiPark Shin HyerecapYou're Beautifulyou're beautiful kdrama reviewyou're beautiful korean drama reviewyou're beautiful review
← Previous Story Get Yourself Spooked With These Hair-raising Korean Titles on Viu This Halloween ~
Next Story → K-Drama Premiere: “The Smile Has Left Your Eyes” Evokes Curiosity With Interestingly Sketched Hero