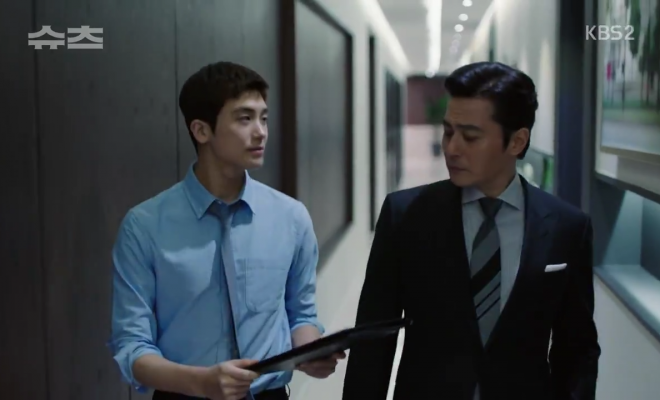 K-Drama Review: “Suits”, The Legal Drama That Brings Justice To Your Screen

Button up as Suits takes us into the complicated world of legal jargon and lawsuits while reminding us of the roles love and justice play in this earthly world.

The Korean adaptation of the popular American legal drama series with the same name proves it’s just as competent as its original counterpart from start to finish with the gripping story of Go Yeon Woo and Choi Kang Seok.

Suits goes to show that justice still does prevail – even in this cruel and unfair world. 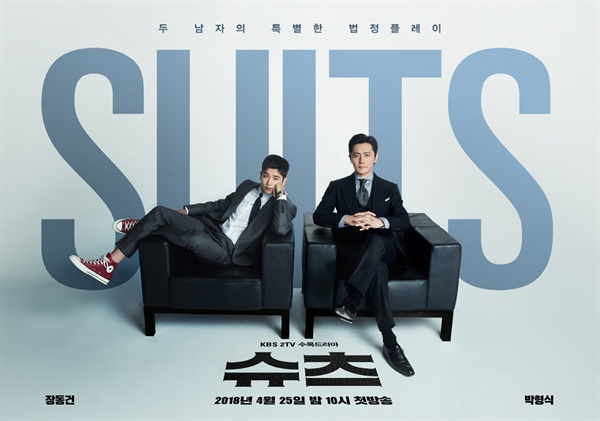 Breaking the stereotypical cold and stern demeanor that lawyers have, Suits goes to show that these people have hearts too – in fact, those who have achieved success in the world of courtrooms and settlement are perhaps those who have the biggest and softest hearts. It follows the journey of Go Yeon Woo, a genius young man who has been broken and damaged by the trials he had faced in life, but still continues to stand and fight. And Choi Kang Seok, a prestigious corporate lawyer who might seem like a perfect and uptight man, but has his own weak points and baggages. The two of them, along with the other characters in the story, are proof that these people in dapper suits and ties are humans too. They make mistakes, feel pain, yearn to love and be loved, and aim to do what they believe is right – just like everybody else. 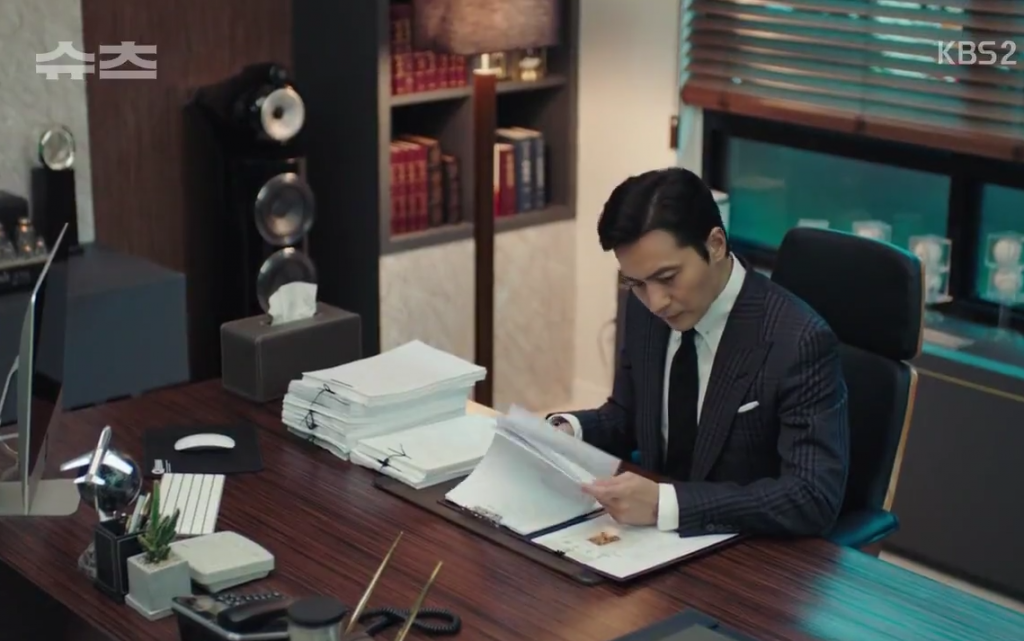 Characters You Would Root For

It was so easy to find ourselves cheering on the drama’s protagonists to emerge victorious everytime. Every character has a side that we could relate to and sympathize with – even Geun Sik (Choi Gwi Ha), who had actually only wanted Jang Dong Gun’s character Kang Seok’s acknowledgment and friendship after all, despite being a nuisace for the most time.

Perhaps it was Yeon Woo’s bond with his grandmother, or his determination to prove that he isn’t wasting the chance he is given, or his amazing photographic memory, or the way he uses his heart in dealing with the cases given to him – or maybe all of these reasons play a part in why we just couldn’t stop wishing for Park Hyung Sik’s character’s success and happiness. 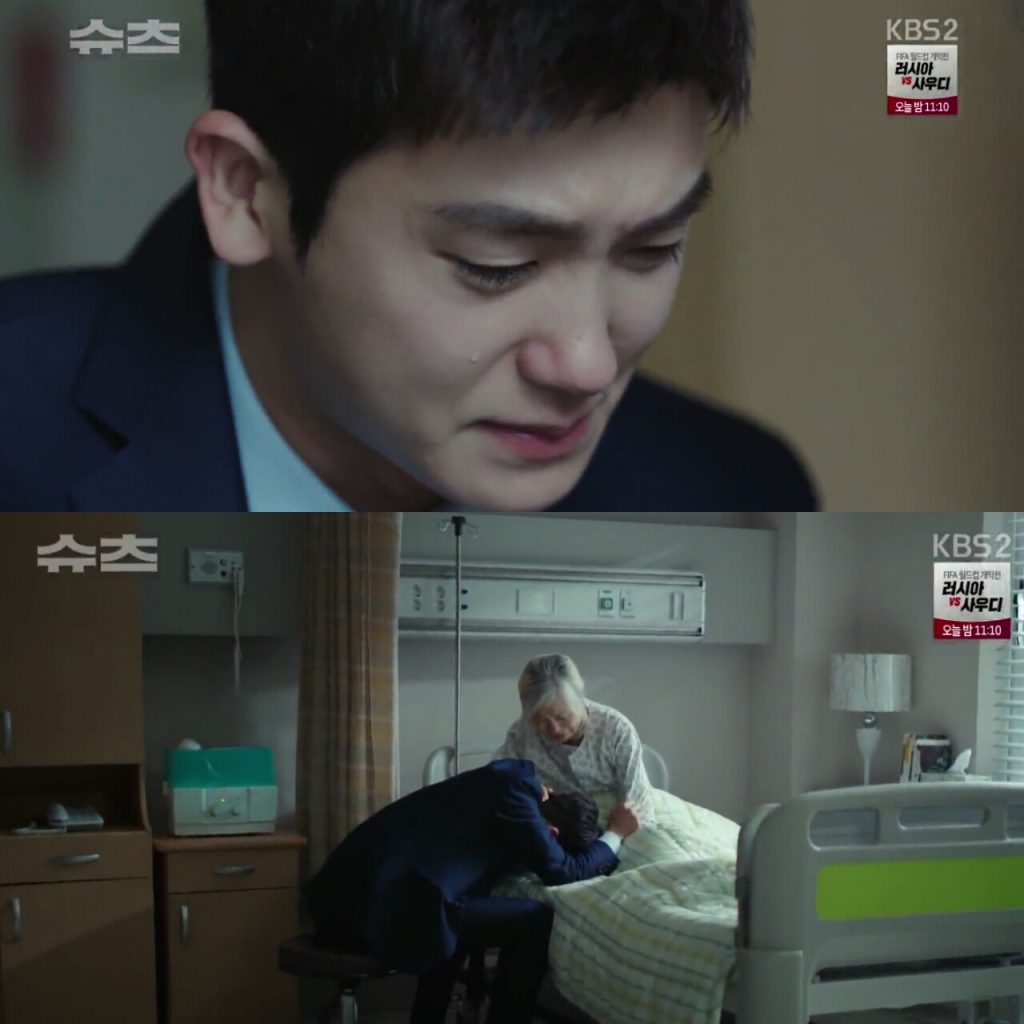 Despite being a bit too harsh on Yeon Woo sometimes, Kang Seok managed to win our hearts too as his cold-hearted front started shedding off and unmasking the kind man inside of him. It pained us to see him struggle thanks to his enemies who would pull all stops just to make sure he went down.

Jin Hee Kyung was able to make the law firm’s CEO Kang Ha Yeon into the ultimate girl boss and watching her take charge of the top law firm in South Korea made us feel empowered – especially during the times she made it clear that no one else ran Kang and Ham except for her. Her character made up the holy trinity of girl power in the show together with Ms. Hong (Chae Jung An) and the paralegal Kim Ji Na (Ko Sung Hee), who both showed they were capable of standing on their own ground as well. 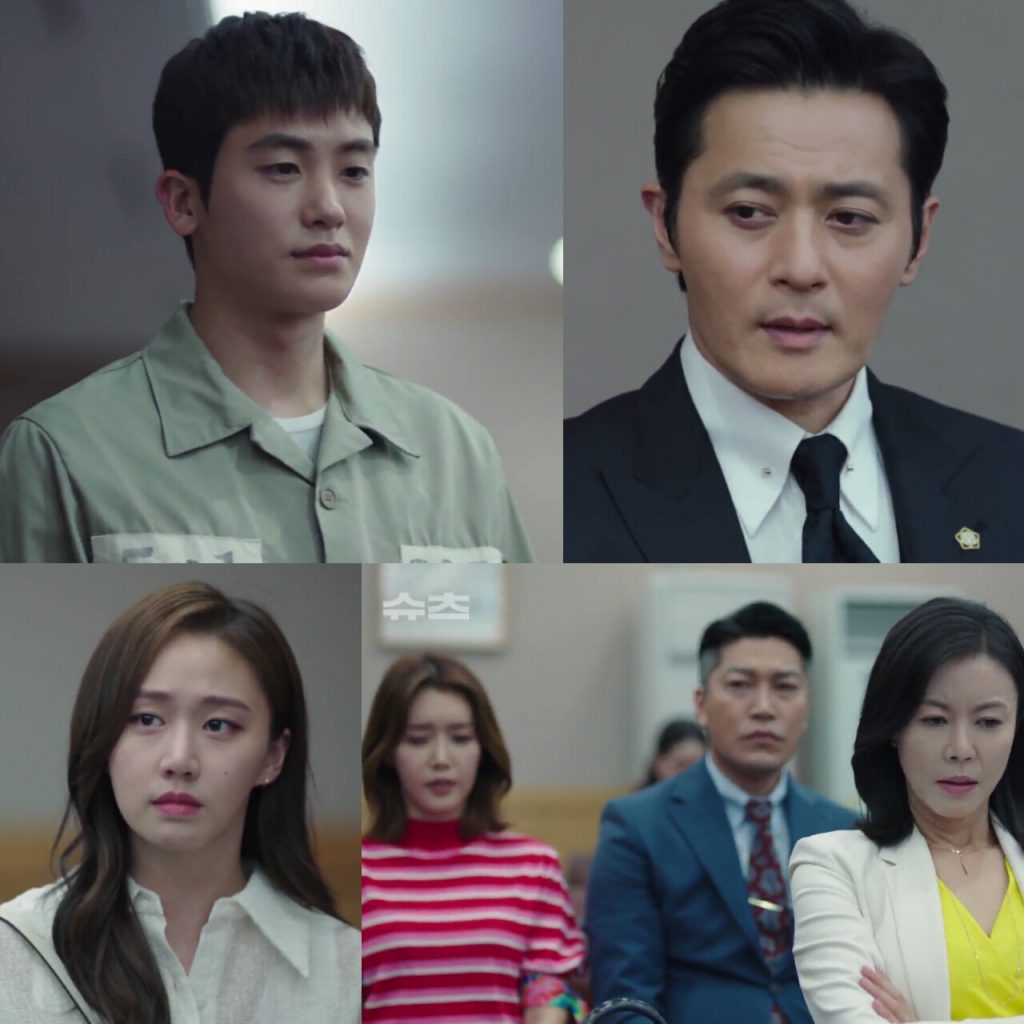 The mentor-mentee relationship between Kang Seok and Yeon Woo was more than successful in melting our hearts. Despite Kang Seok’s cold-hearted exterior, it was evident how much he cared for Yeon Woo as if they were blood brothers. Nothing warmed our hearts more than seeing him go to extreme lengths just to protect Yeon Woo, who also did the same thing for him. Even during difficult times, Kang Seok wholeheartedly took in Yeon Woo as his weakness, and Yeon Woo consistently proved his unquestionable loyalty to Kang Seok – no matter how risky both got. 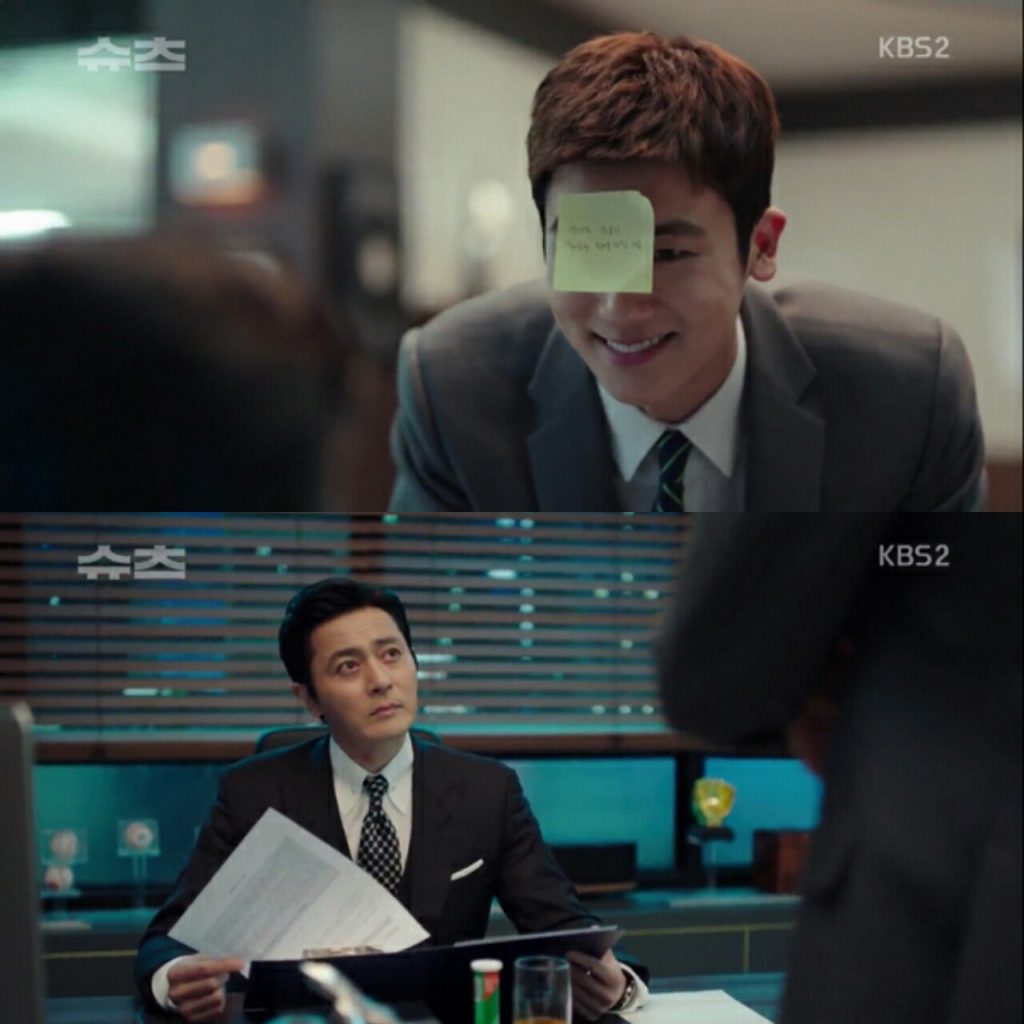 Due to his charms, Park Hyung Sik seems to have perfect chemistry with anyone he gets paired up with – and Ko Sung Hee isn’t an exception. The two blended well together as Yeon Woo and Ji Na, and they never failed to make us feel all sorts of giddy whenever they shared a scene. 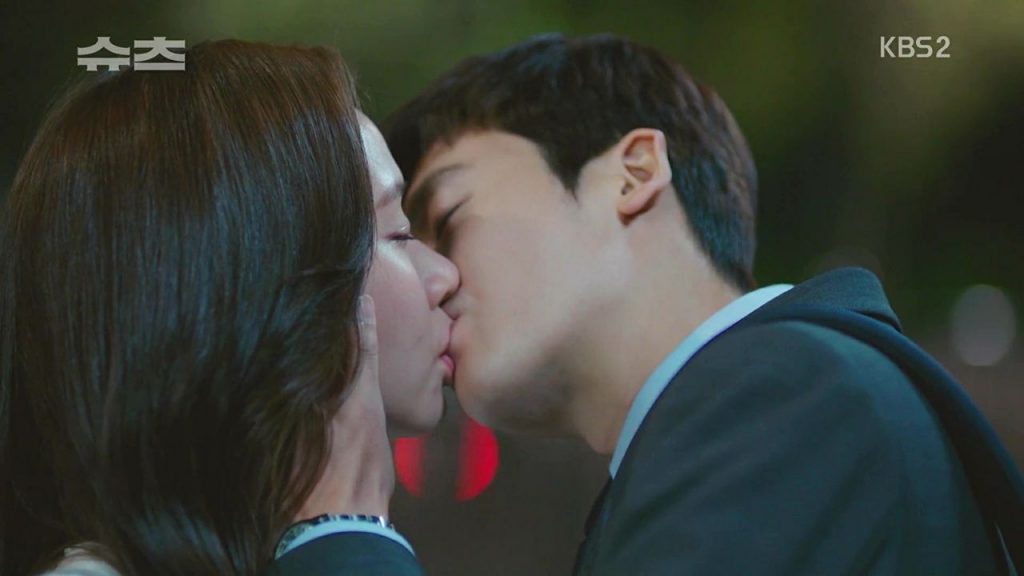 We were also lowkey following the interactions of Chae Jung An and Jang Dong Gun’s characters Ms. Hong and Kang Seok as we found ourselves shipping them throughout the drama’s run – so you could just imagine how our hearts felt during the final episodes of Suits! 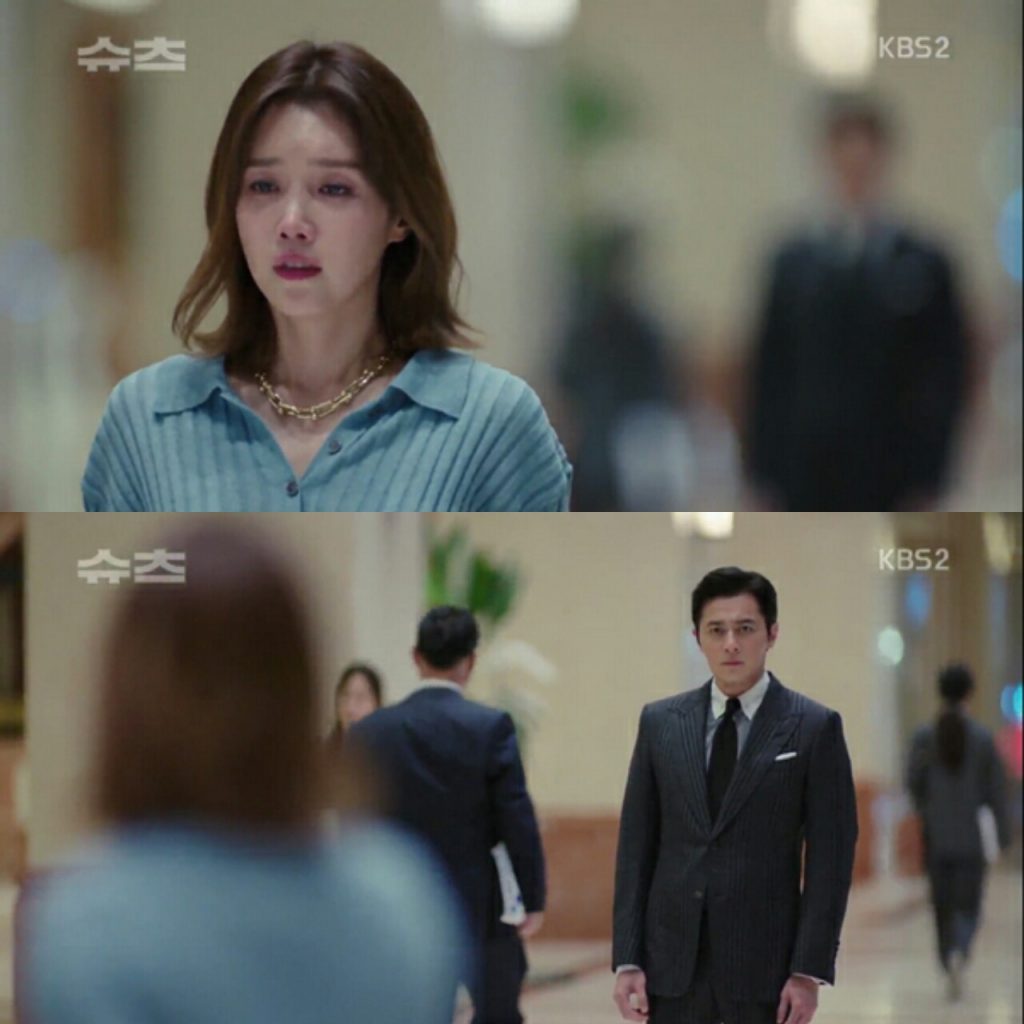 OMG – that’s all we can say about it. Just kidding! The finale of Suits made us feel a rollercoaster of emotions, which is one of the reasons why we would never forget this KBS legal drama!

Suits did bring justice to our screen, and only followed what was right in the end.  We had no idea how we were able to feel happy, proud, and relieved yet sad, distressed, and angry all at the same time – but we did. Consider yourself warned! 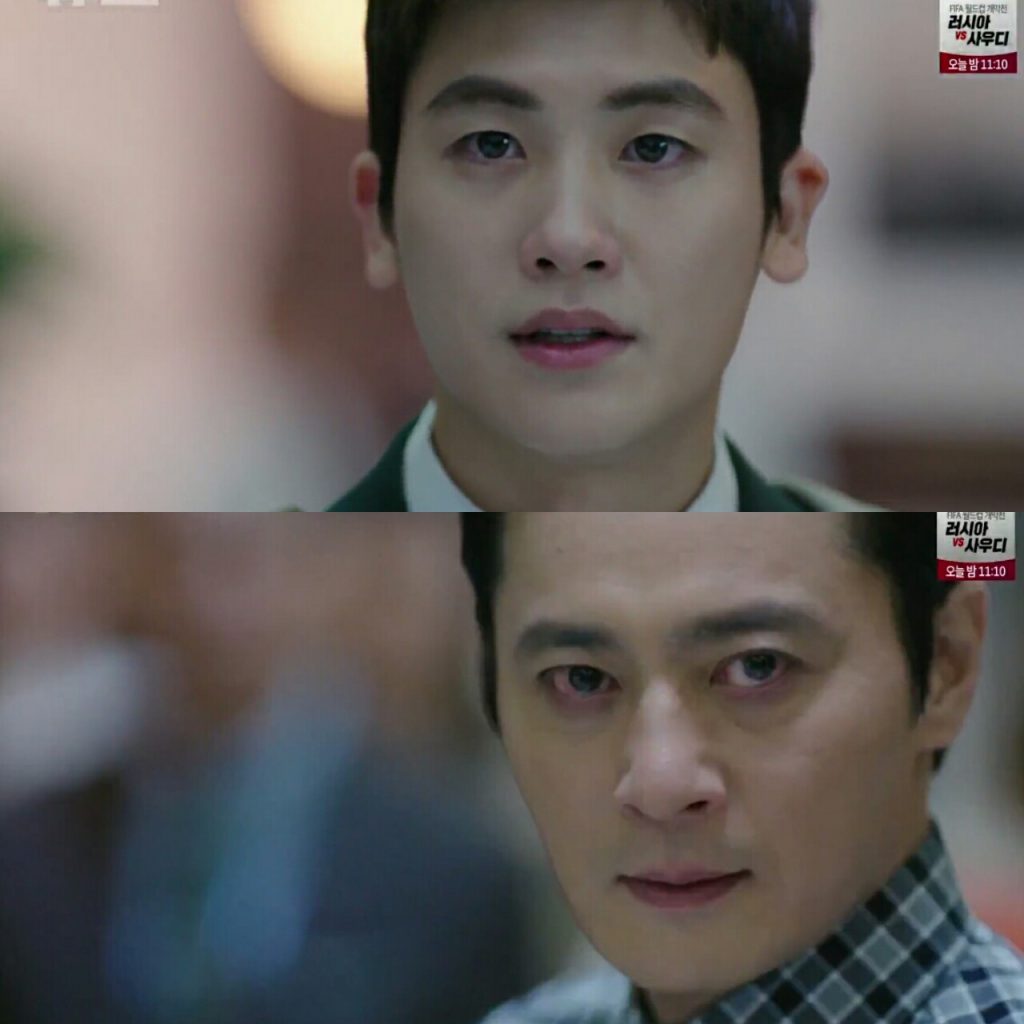 Too Many Things Happening

It was admittedly hard to find something not to love about Suits, but this is one thing that might pose a problem for the drama viewers who don’t find keeping up with several sub-stories favorable. Because the tandem handles different cases per episode, there would obviously be a lot of characters and faces you’d encounter. There was also more than just one sub-story sometimes, especially when Kang Seok and Yeon Woo handled different cases. It was sometimes difficult to figure out who’s who with all the CEOs, directors, and prosecutors that the duo faced in every episode. 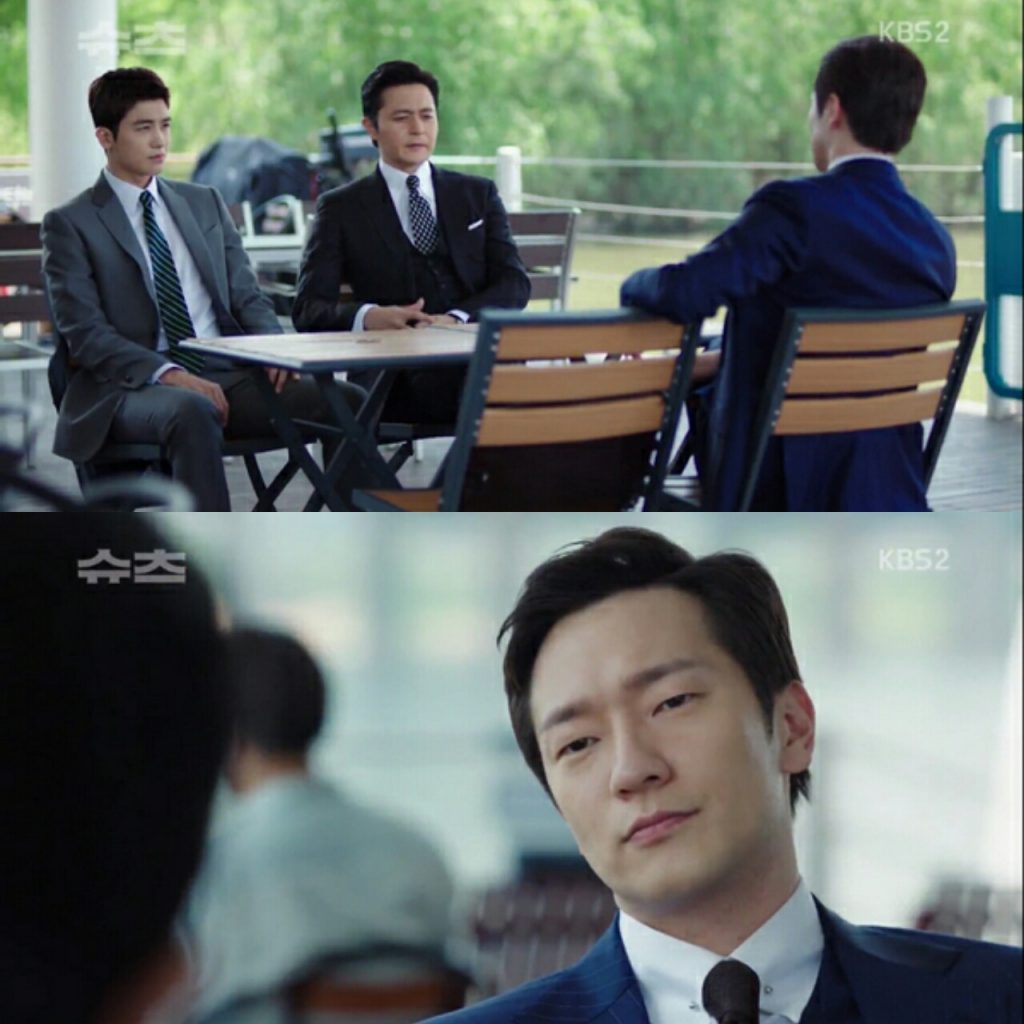 It is reasonable and understandable though, because legal dramas in general handle more than just one case during their run. Having different stories and cases every now and then keeps legal dramas interesting and brings something new to look forward to for every episode. Besides, the sub-stories of Suits were more than interesting and awesome enough to get you hooked and on the edge of your seat – definitely worth it, if you ask us! 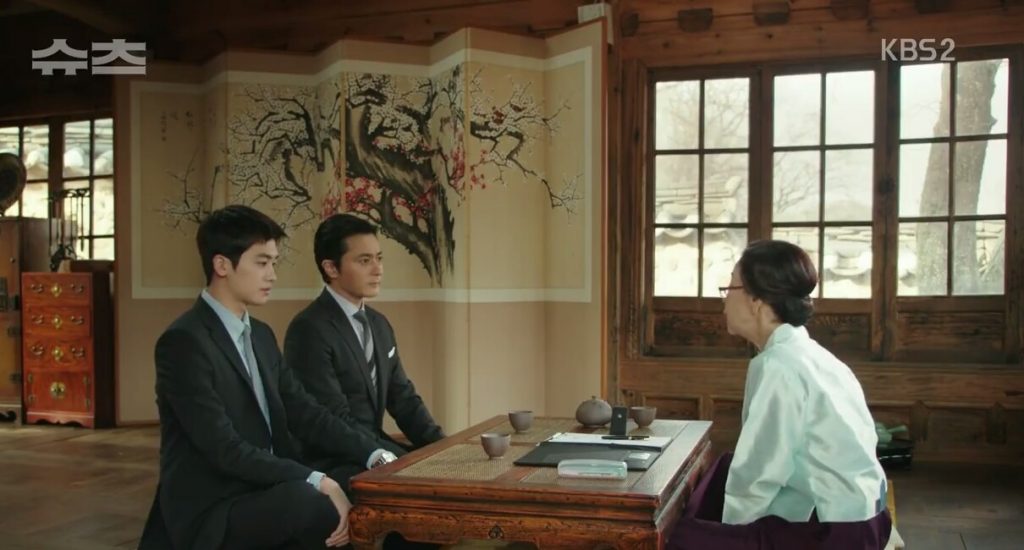 Suits revolves around the intertwined stories of South Korea’s top corporate lawyer Choi Kang Seok (Jang Dong Gun) and a college drop-out with an amazingly photographic memory named Go Yeon Woo (Park Hyung Sik). After the latter falls into a trap set by a vengeful enemy, goes on the run from authorities, and is mistaken for an applicant at the former’s law firm Kang and Ham, his life takes a turn as he gets an opportunity to set his life straight and to put his talent to good use. Kang Seok hires Yeon Woo as his associate and is adamant to let the young man learn the ropes of the industry despite Yeon Woo failing to meet the qualifications needed to be a lawyer and the huge risk it can pose to both the lawyer and the firm’s reputations. Due to that reason, they both keep Yeon Woo’s identity a secret from everyone and must not be revealed at all costs.

However, this proves to be easier said than done as they face several obstacles that try to stop them and make several enemies who are determined to bring them down along the way. 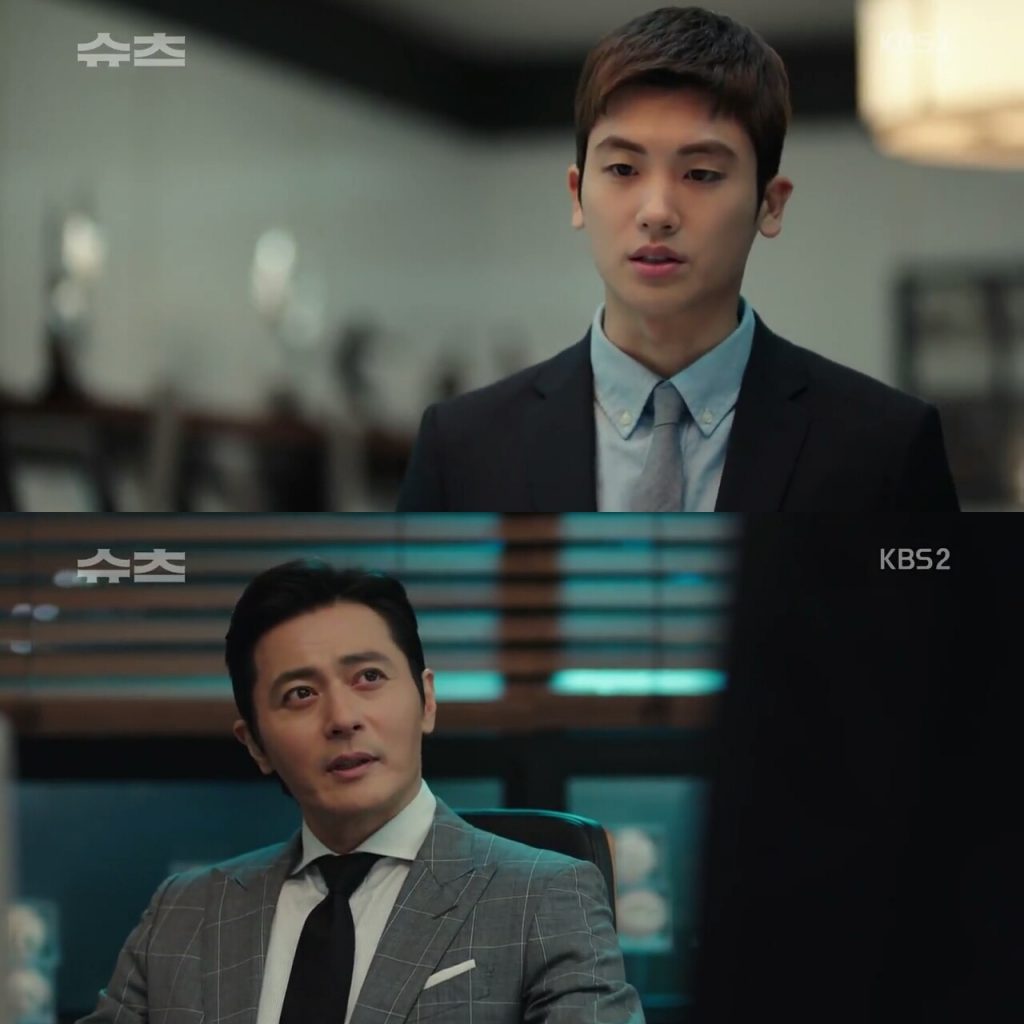 Whether you’re a fan of the original American series or a newcomer to the legal drama’s fandom, you will surely find yourself drawn to Suits thanks to its compelling storyline and relatable characters. It was also able to provide a fresh take on the original series’ framework and characterizations without overly sticking to it, which gives everyone something new to look forward to.

The Korean remake of Suits makes the series its own and gives viewers a lot of reasons to get hooked. May it be the thrill legal dramas bring, the romance that makes us swoon without a fail, the life lessons we learn through the characters, Suits is able to cater to a plethora of elements and make it blend with each other very well in just one show. 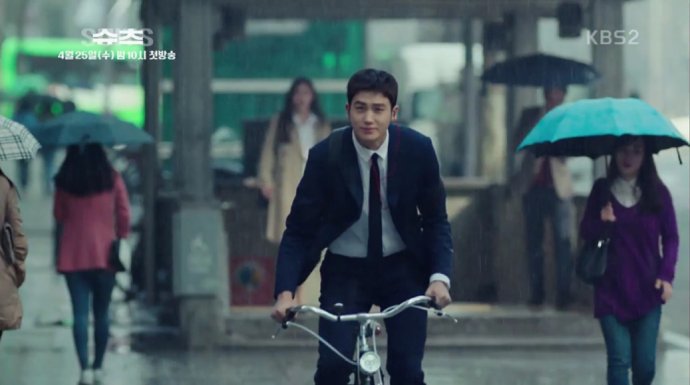 “Life will not tell you where the destination is. Therefore, what changes your life isn’t a coincidence, but your choice.”

“You can get hurt and become brokenhearted, but you need to give it time to sort it out and start over again.”