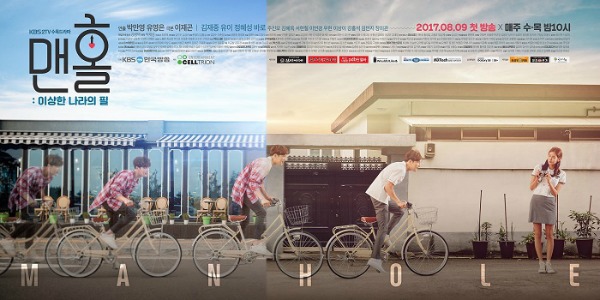 Manhole lunges to a clear love message on how unrevealed one-sided love can create a neighborhood chaos. *wink 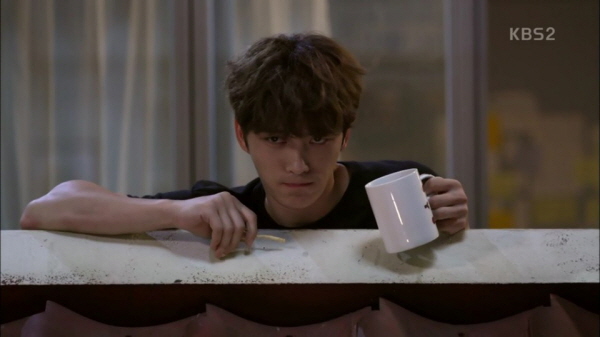 Kim Jae Joong instantly makes up for the years we missed him in his new drama – Manhole!

Just when I am already programmed to munch on legal-crime dramas this year, we get another time slip drama breather for KBS’ new midweek drama Manhole.

I am usually a happy camper on any time slip drama, and with the quirky promotion of Kim Jae Joong‘s new rom-com, I have been waiting to finally see how a man will salvage his long running one-sided love by time-traveling. 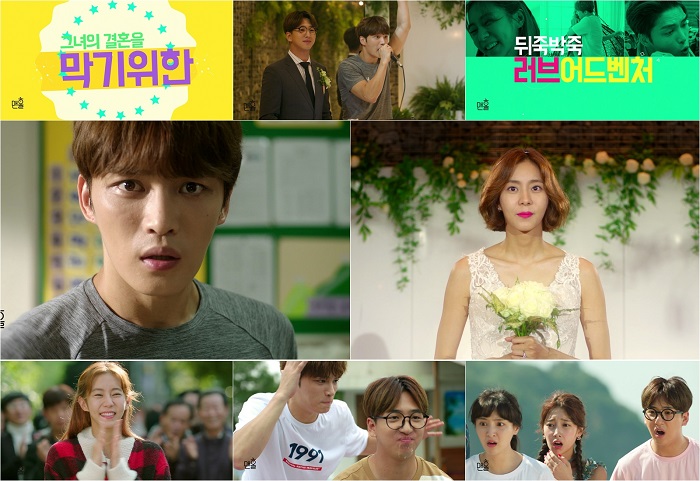 From drunk to mopey to desperately crazy, Bong Pil (Kim Jae Joong) seeks the comforting shoulders of his friends as the wedding of his one and only love Soo Jin (UEE) approaches.  Distressed in her upcoming marriage, he caused trouble to her wedding preparations, and even fought with the groom.

Convinced that he has mustered enough confidence to finally spill his long-running love, he walks Soo Jin home, but excuses himself to summon more strength while mumbling the words he so wanted to say.  A nearby manhole lights up, and when Soo Jin checks on Bong Pil, he is nowhere to be found.  When the latter wakes up, he realizes he was transported to their German language class in high school. 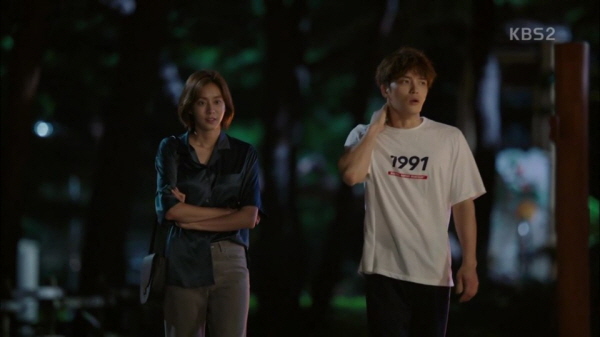 While Bong Pil figures out the strange occurence that happened to him, his friends in the present timeline start feeling something is missing in their lives. In unison, they realize that crazy Bong Pil is missing.  Back in the past timeline, Bong Pil decides to correct the wrong things he did in the past.  He starts by meddling on a guy, who dated and dumped Soo Jin after six months. They engage on a fight but it only infuriates her.  Before he could utter his plea, the clock strikes 12 midnight, and he is magically sent back to the present time. 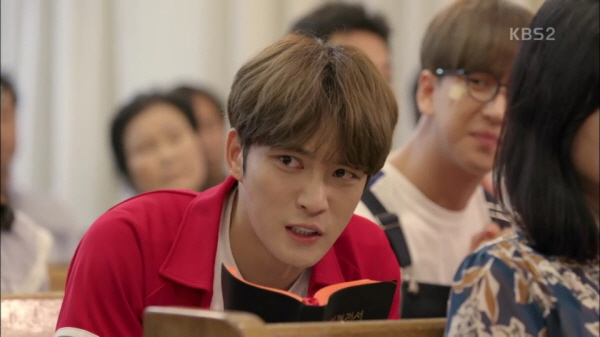 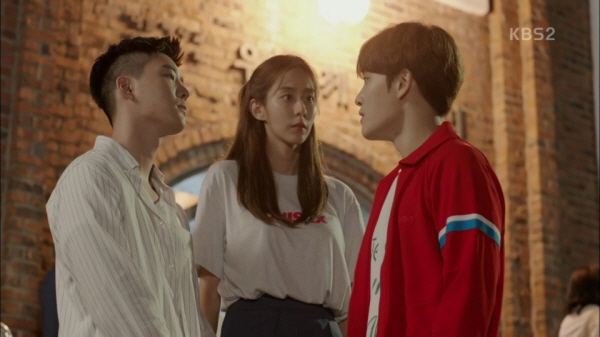 I was utterly confused on Manhole’s opening week. While I enjoyed the storybook derived welcome-to-our-new-drama kick off, I felt that the characters are a bit hyper and offbeat on their roles on the first episode. It bounces back on the second episode when the time slip plot is introduced. The neighborhood where the main cast thrive look lively and engaging. I can’t wait to see how it would look like in past timeline setting since we only got a glimpse of the school background.

Viewers can definitely feel how Kim Jae Joong literally missed acting as he is brimming with energy in Manhole, excessive but cute just the same if I may say.  *chuckles  His sporadic character is everywhere pestering the people around him because of his hopeless inability to confess his 28-year-old love.

Manhole presents the time traveling catalyst right off the bat as well as how the time sojourns lapse at 12 midnight, which is a good thing for fantasy rom-coms with a speedy pace.  The challenge will be how the butterfly effect is going to be presented based on Bong Pil’s interference of the past.

Fun and bright, Manhole is not lying with its initial promise of a feel good, hilarious and nostalgic drama.

Manhole is slated to air via KBS on Wednesday-Thursday spot at 10PM KST.