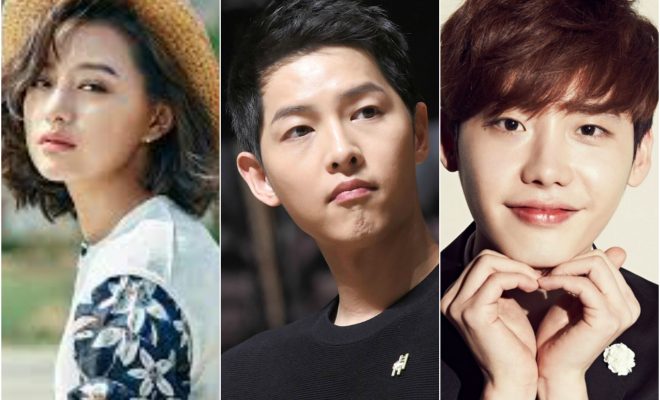 By Adrian | May 1, 2018
27
SHARES
FacebookTwitter
SubscribeGoogleWhatsappPinterestDiggRedditStumbleuponVkWeiboPocketTumblrMailMeneameOdnoklassniki

What’s better than seeing the stars of Descendants of the Sun Song Joong Ki and Kim Ji Won coming together again in an all-new K-drama two years later?

According to King Kong by Starship Entertainment on April 29, actress Kim Ji Won is currently reviewing a new casting offer for the next tvN’s historical drama Asadal (working title) positively.

Song Joong Ki was also reportedly received the offer for the same drama, and has not confirmed whether he will take up the role as of press time.

If both actors accept the casting offers, it will mean that both from the global hit drama Descendants of the Sun will reunite again in the small screen.

At this time, Kim Ji Won is also reviewing another offer for the Netflix pre-produced drama See You Again, which may see her reunite with Lee Jong Suk after seven years from High Kick 3 in 2011.

According to tvN, Asadal is co-written by Kim Young Hyun and Park Sang Yeon, who had previously worked together on the highly successful historical dramas Deep Rooted Tree and prequel Six Flying Dragons.