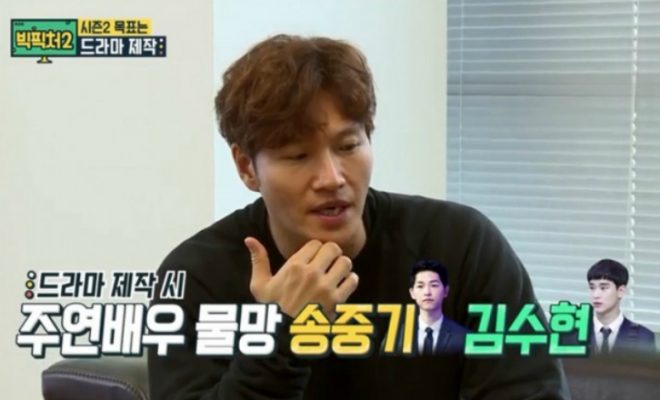 Song Joong Ki, Kim Soo Hyun, EXO and BTS in a drama produced by Kim Jong Kook and HaHa? Is it possible?

Kim Jong Kook and HaHa’s web show Big Picture revealed their somewhat ambitious plan to produce a drama with top Hallyu stars as its leads for its second season. 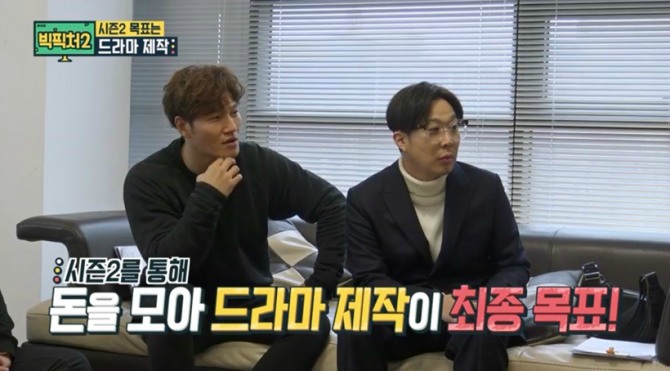 Aired via Naver’s V Live on March 5, producer Yeo Woon Hyeok announced to the two singers the intention to do a second season with a goal drama production.

“I got two good scripts,” Yeo said. “To hit the jackpot, we have to do a drama,” he added.

He then told Kim Jong Kook and HaHa that the production cost would amount to 7 billion won or about 6.52 million US dollars.

Surprised by the huge budget after failing to even earn 1.5 billion won last season, the two singers seemed to have lost motivation as they currently have zero balance on their bank account. “I don’t want to do it. This is not my range,” HaHa said.

But the singers were ultimately persuaded by the producer upon revealing that the hit KBS drama Descendants of the Sun, with 13 billion won budget, had earned 100 billion won.

Yeo presented them the two scripts for Class of ’90 and Nice Lady with Kim Jong Kook, commenting fellow Running Man member Song Ji Hyo can play the lead for the latter who is a psychopath character.

The two singers decided to do Class of ’90 because it is more likely to appeal to the public.

However for the drama to be successful, Yeo suggested casting Hallyu stars like Song Joong Ki, Kim Soo Hyun, EXO, and BTS. 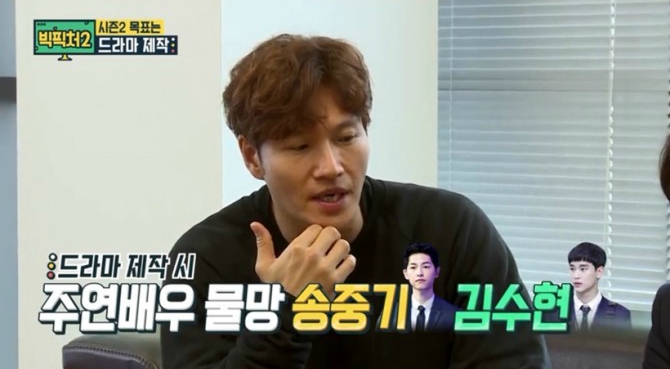 HaHa then remarked to cast Song Joong Ki without a talent fee but give him a share of the drama instead. Kim Jong Kook deferred as they might appear as con artists.

“We might need to have EXO or BTS for things about the past. If EXO and BTS appear on Running Man, get their phone numbers,” he suggested.

Kim Jong Kook said he is close with EXO as he goes to the same gym as the boy group members. “Let’s use that card and be successful,” HaHa replied. 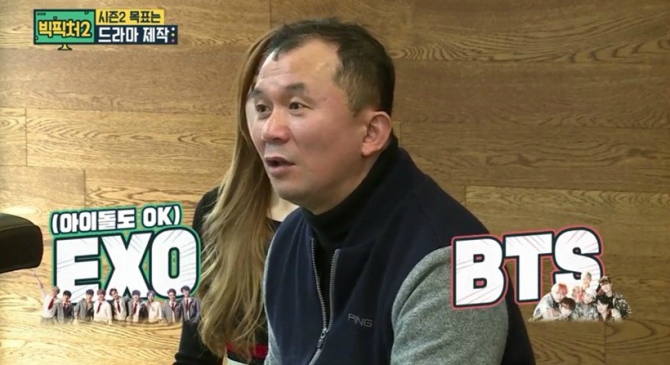