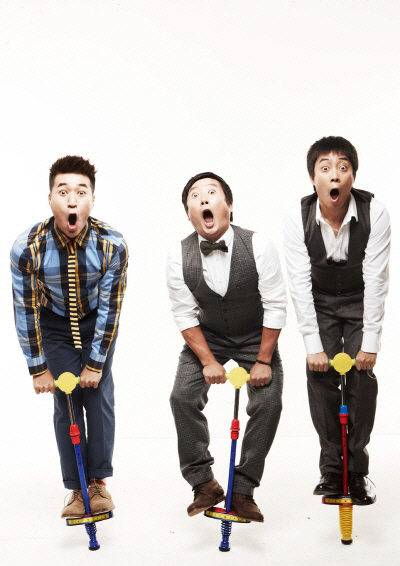 Kim Jong Min, Eun Ji Won and Lee Su Geun, from the former cast of KBS‘ 1 Night 2 Days‘ first season will reunite in a new variety show, Three Fools to be aired on tvN. It will start airing on October 7.  The show will follow an unconventional format as it is aired live, and the three hosts’ acts will be an unpredictable surprise. The program official said that live interaction between the hosts and audience will also be put to an advantage through the use of social networking sites like Twitter.

With a show that has no editing and where anything can happen, the audience are anticipating Eun Ji Won, Lee Su Geun, Kim Jong Min as well as the PD and writers’ ability to pull it off.

Will you be watching this new show?