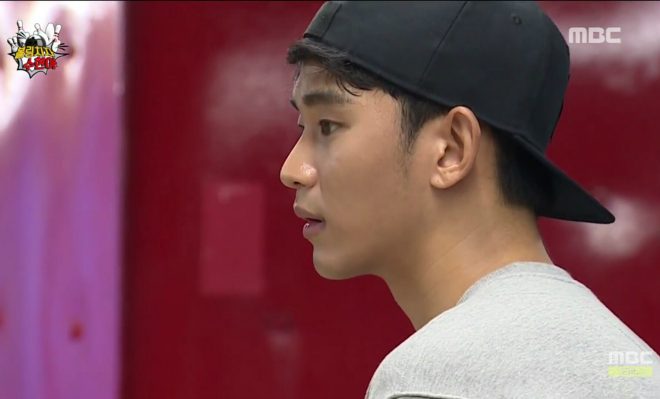 Kim Soo Hyun is back on the small screen! Ok, it’s a variety show though.

Korean actor Kim Soo Hyun returned to the small screen through MBC’s popular variety show Infinite Challenge. The 29-year-old actor appeared on the show as a guest for the bowling segment.

In the segment, the actor even showed off his bowling ball and discussed his fondness for the sport.

Kim impressed the members with his skills, as he hit the bowling pins effortlessly, achieving strike after strike. He also challenged going for a strike over the members’ human tunnel – which he successfully accomplished.

Hellokpop, as an independent Korean entertainment news website (without influence from any agency or corporation), we need your support! If you have enjoyed our work, consider to support us with a one-time or recurring donation from as low as US$5 to keep our site going! Donate securely below via Stripe, Paypal, Apple Pay or Google Wallet.
370
SHARES
FacebookTwitter
SubscribeGoogleWhatsappPinterestDiggRedditStumbleuponVkWeiboPocketTumblrMailMeneameOdnoklassniki
Related ItemsHaHaInfinite Challengejeong jun haKim Soo HyunMBCPark Myung SooYang Se HyungYoo Jae Suk
← Previous Story K-Drama Premiere: “Duel” Races To Perplexing Pursuit Of A Detective To His Daughter’s Abductor
Next Story → K-Drama Review: “Man To Man” Succeeds Spy Drama Mission With Flying Colors