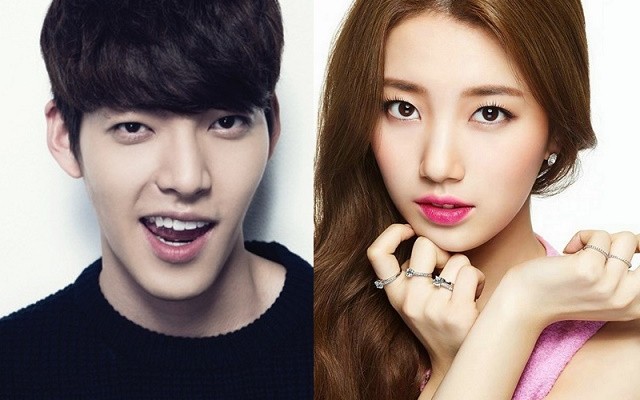 Actor Kim Woo Bin and miss A’s Suzy are confirmed to take up the lead roles in a new drama, titled Uncontrollably Fond.

Regarding the appearance of the two stars on August 20, the drama’s production company Samhwa Networks shared: “We’re delighted to work with the two phenomenal Hallyu stars. We have high expectations for the script and the cast. We’re expanding efforts to produce a quality drama.”

Uncontrollably Fond depicts the love story between an arrogant superstar Shin Joon Young (Kim Woo Bin) and a documentary producer No Eul (Suzy), as they reunite after getting separated when they were young. It is written by famous scriptwriter Lee Kyung Hee, who previously worked on hit dramas; A Love to Kill and I’m Sorry, I love you. The drama is set to air in 2016, with the exact broadcast date and station unconfirmed.

It is noted that the coming drama will mark the two stars’ first comeback to the small screen in two years after Kim’s 2013 SBS drama The Heirs, and Suzy’s 2013 MBC drama Gu Family Book.