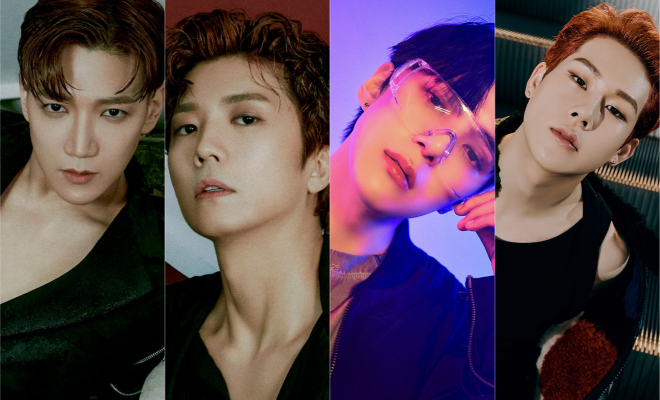 Next week’s Knowing Brothers episode will be an absolute chaos!

2PM, MONSTA X, THE BOYZ, ASTRO, Na Tae Joo, and Park Goon are set to provide a burst of one-of-a-kind laughter in the next episode of Knowing Brothers.

With this huge number of hyper and chaotic guests, next week’s episode is expected to provide plenty of laughter and fun. The preview already teases the fun-filled episode with Minhyuk trying to complete sets of pushups before seeing himself suffer from a back cramp. The scene brightens up the filming and proceeds with more hilarious images of the guests. 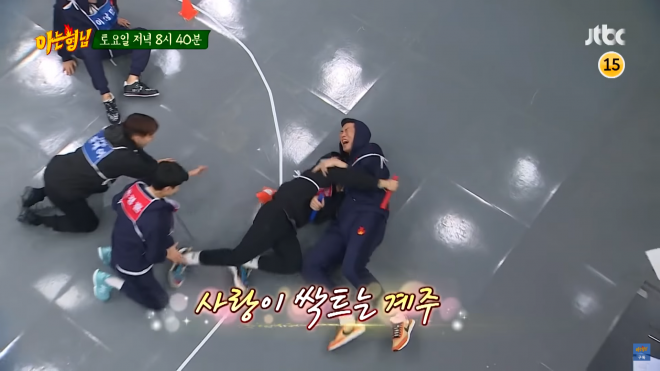 In particular, Joohoney and Sanha have a one-on-one aegyo competition. In the middle of the commotion, Kang Hodong joins in the action with his signature cute gesture.

The guests then engage themselves in several athletic competitions to determine the final winner. One of these is a violent chicken fight wherein Min Kyunghoon faces Minhyuk, who immediately backs off from the direct attack. Joohoney also brightens the atmosphere with his energetic performance of aespa’s “Next Level.”

The horseback-riding race also draws laughter from the members of the show. The opposite team carries Lee Soogeun on their shoulders while the other team has Seo Janghoon. 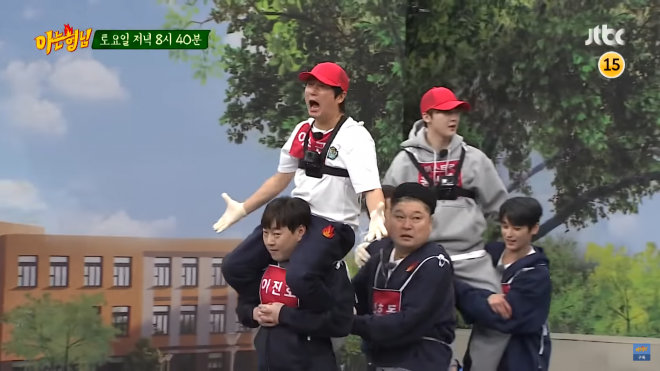 Another must-see in the next episode of Knowing Brothers is the celebratory performances prepared by the guests. THE BOYZ showcases a wonderful stage while Jun.K, Wooyoung, Minhyuk, and Joohoney unite to perform 2PM’s “My House.” ASTRO’s Moonbin and Sanha also join Minhyuk and Joohoney on a powerful performance of MONSTA X’s “Gambler.”

The 317th episode of Knowing Brothers is set to be the Lunar New Year special. The episode will be released on January 29 at 8:40 PM KST.