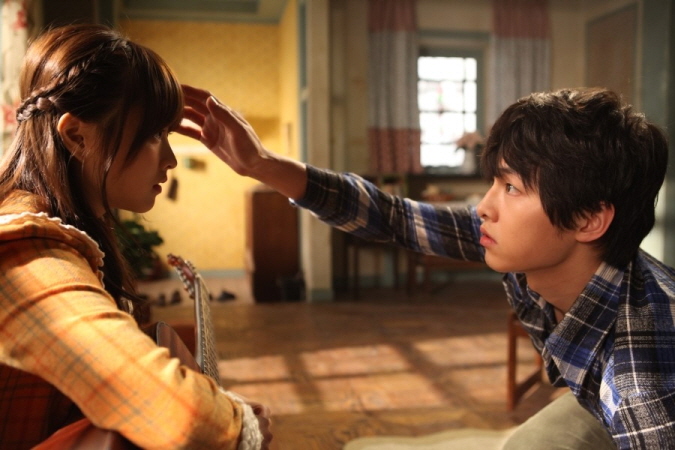 Korea goes crazy for werewolves – and it’s not for Twilight

A film about an orphan ‘wolf boy’ has held onto the top spot at the South Korean box office despite the release of the final instalment of Twilight: Breaking Dawn 2.

Korean movie-goers have continued to go crazy for A Werewolf Boy after the movie once again holds onto the spot with almost 29 per cent of total ticket sales and more than 4 million admissions at the box office.

The surprise comes after the movie continues to draw in mass audiences despite the release of the final instalment of the multi-billion Twilight franchise, which revolves around vampires and werewolves.

The fantasy romance movie is director’s Jo Sung-hee’s first commercial film and has already received praises from many film festivals around the world including the Toronto International Film Festival.

Director Jo describes the film, “A Werewolf Boy is a fantasy of the emotions. It is a fantasy because it shows a kind of ‘love’ that many don’t believe can exist in this kind of world.”

Starring Song Joong Ki and Park Bo Young, the film revolves around a orphan ‘wolf boy’ who is taken in by a family out of pity. The daughter of the family then teaches the ‘wolf boy’ to read, write and eat like a human before his supernatural abilities were exposed to the village. The girl is then forced to abandon the ‘wolf boy’ in order to save him. She tells him to wait her as she will come back for him.

The film has admitted more than 1.3 million tickets in the first five days of release and will be released in North America on November 30. More details here.