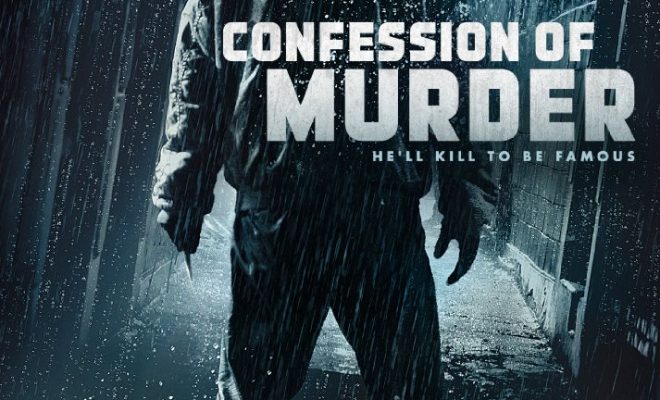 Confession Of Murder to screen in the Philippines!

This year’s ‘Korean Film Festival’ showcases a promising line up of films that one can truly enjoy. Confession of Murder is among the featured films. It is an action-thriller movie that promises to keep you on the edge of the seat with its twists and turns.

Detective Choi Hyeong-goo takes charge of a case of a series of unresolved murders that took place 17 years ago. The suspect is still on the loose, but Lee Du-seok publishes a book entitled ‘I am the Murderer’. The novel  provides detailed, harrowing accounts of the gruesome murders. Apparently, it is the killer’s own confession. The book also becomes an instant hit, with a media frenzy surrounding it. Surviving family members of the victims plot to take revenge, led by Han Ji-soo. Meanwhile, Detective Choi Hyeong-goo remains unconvinced by Lee Du-seok’s confessions. He goes through a string of events that eventually lead to the real identity of the killer.

Catch this thought-provoking, gripping tale that will definitely unlock your detective-like abilities. Plus, you’re in for a treat, as this event is free for all and is on a first come, first served basis.

The Korean Film Festival is organized by the Korean Cultural Center and The Embassy of the Republic of Korea in the Philippines. It will run from September 8 to October 16, 2016 on selected SM Cinema locations.

22
SHARES
FacebookTwitter
SubscribeGoogleWhatsappPinterestDiggRedditStumbleuponVkWeiboPocketTumblrMailMeneameOdnoklassniki
Related Items2016 korean film festivalConfession of MurderEmbassy of the Republic of Korea in the PhilippinesJung Byung-gilJung Jae YoungKim Young-aeKorean Cultural Center in the PhilippinesPark Si-hoo
← Previous Story [Postponed] AOMG Wants Thai Fans To Follow ‘The Movement In Bangkok’ This November
Next Story → Canada, Get Ready For GOT7!