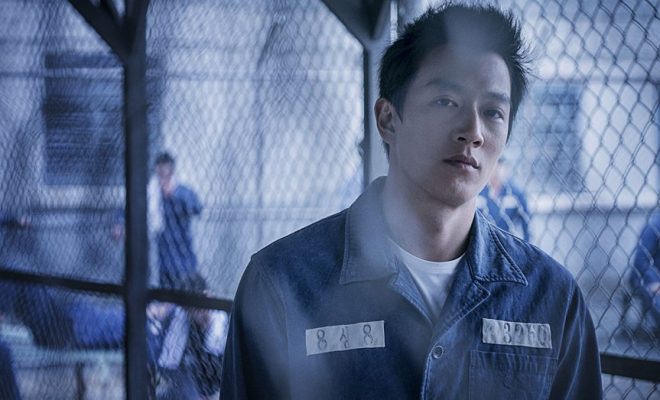 ‘The Prison’ is going worldwide!

Korean film The Prison has been sold to 62 countries around the world prior to its South Korean premiere, according to the local film distributor Showbox.

The distribution rights for this crime thriller were sold to key territories like North America, Australia and the UK during the European Film Market at the Berlin International Film Festival in February. Adding to the list of countries are the Philippines, China, New Zealand, France, Switzerland, Africa, Japan and Taiwan.

The film will premiere on March 31 in North America, a week after its local release on March 23.

“It was highly rated for being an action genre film depicting the unique theme of the perfect crime committed by prisoners,” said an official from Showbox. Because of the interest the film has garnered in Europe, Asia and South America, Showbox is expecting a favorable result on the film in the Hong Kong market on March 13-16.

The Prison headlines actors Kim Rae Won and Han Suk Kyu. The film tells the story of a former police inspector (played by Kim) jailed for a hit-and-run accident. During his imprisonment, he realized that the prison is controlled by his inmate (played by Han) who runs a giant crime ring inside.

The film is also the directorial debut of veteran screenwriter Na Hyun, who is known for his films Mokpo, Gangster’s Paradise and South Bound.