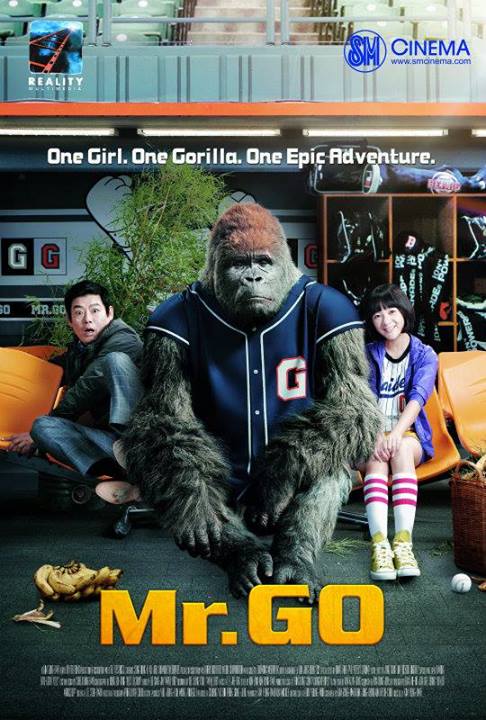 Korean movie ‘Mr. Go’ to be screened in the Philippines

Reality Multimedia Inc. is set to bring the hit Korean movie, Mr. Go, to SM cinemas in the Philippines this October.

The touching movie revolves around the journey of a girl and her friend gorilla who plays for the Korean Major League Baseball. Aside from its one-of-a-kind story line, it also features the first digital character, which is the 100% animated gorilla, in Asia.

The official movie soundtrack, Bye, is sung by Girls’ Generation‘s Taeyeon and has became a popular hit in Korea. The movie is also English-dubbed for the non-Korean audience.

Check out the movie trailer below:

Stay tuned to hellokpop as we bring you the updates on the screening dates and venues of Mr.Go.

FacebookTwitter
SubscribeGoogleWhatsappPinterestDiggRedditStumbleuponVkWeiboPocketTumblrMailMeneameOdnoklassniki
Related ItemsMr.GoPhilippines
← Previous Story Who won the first battle on WIN (Who is Next): Team A or Team B?
Next Story → 5 reasons to watch ‘Mr. Go’ in Philippine cinemas