Kpop Magnetism: What pulls in the fans and why? The Korean Drama. 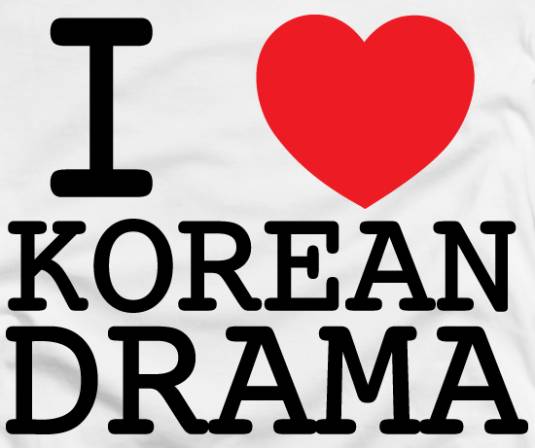 What’s your deal? Why do you like music that’s in a different language? Why do you love it so much? How did you ever get into Kpop in the first place? Questions like these are part of everyday life for a Kpop fan. Whether it be from a friend, family member, or coworker, we, as fans, get some of the strangest reactions from people in our lives when we say, “I’m a Kpop fan.”

Of the millions of questions we fans are asked, “What got you into Kpop?” is probably one of the most popular.  Why? Perhaps the question stems from an attempt to understand our attraction and fascination with a genre of music that they know little or nothing about, or perhaps they are secretly looking for a good reason to check it out themselves. In our new series, “Kpop Magnetism: What pulls in the fans and why?”, we will discuss the most popular answers to that ultimate question and explore not only what draws fans into this fascinating genre, but also what makes them stay.

While Kpop has its own stand-alone appeal, many fans explain that it’s not the music that originally got them interested in the genre. For some, it was catching a random TV clip found on YouTube, an episode of a drama recommended to them from one of their streaming sites, or a cool looking movie poster tab on sites like Hulu or Netflix. That instant intrigue, which compelled them to look further, brought them into their Kpop life.

But what is it about dramas that really draws fans in? Is it something specific, or is it Kdramas as a whole? 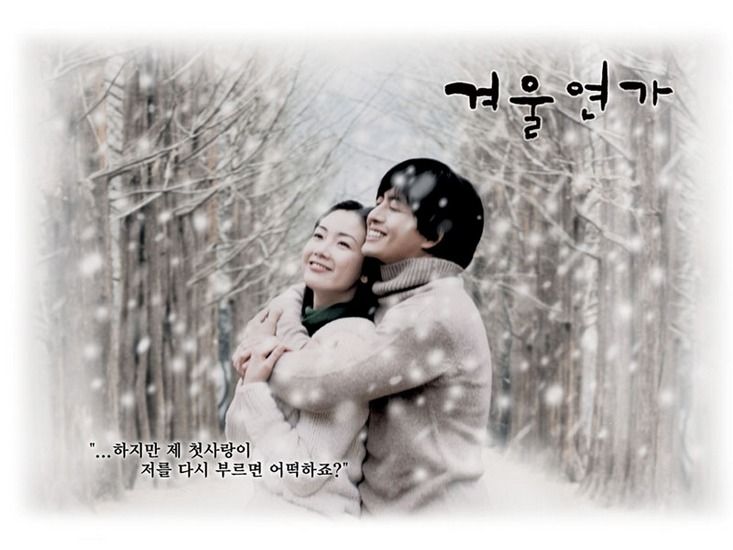 While experts still debate which drama–What is Love All about or Star in My Heart–was the very first drama to cross borders into the international market in 1997, experts unanimously agree that the drama Winter Sonata (2002) was the springboard the budding industry needed to ultimately turn the Kdrama into an international multi-billion dollar industry. The appeal of Kdramas has become a huge factor in the acquisition of Kpop fans from around the world.

With stellar cinematography, visually appealing and talented actors, engaging plot lines, and emotional scores, Kdramas offer a myriad of sub-genres that draws in even the most wayward viewer. Romance, historical, comedy, fantasy, melodrama, crime, and horror are just some of the hundreds of different sub-genres within the Kdrama’s repertoire that can appeal to almost anyone.

When mentioning cinematography in references to Kdramas, the first thing that comes to a fan’s mind are historical dramas (sageuk). Sageuks are period-style dramas, usually set in the Joseon or Goryeo eras.  These dramas include highly complicated plots, military and political strife, romance, action, adventure, revenge, and even coming of age sub-stories, that keep the viewer fully engaged.

While many fans of Sageuks argue over which historical dramas should be considered in the prestigious list of all-time-best, there is a consensus among them all that dramas such as the Great Queen Seondoek, Sungkyunkwan Scandal, and Warrior Baek Dong-Soo (video above), are perfect examples of some the greatest Sageuks to date, based solely on how visually striking they are.

As the industry has grown over the years, more and more sub-genres have implemented tried and true cinematographic methods of the average sageuk and mirrored them in other types of dramas. This visual appeal has become one of the major factors when determining the popularity of a particular drama and, consequently, has become one of the many ways the industry brings fans into Kpop.

Kdramas catch the eye and interest of the fan and then dare them to keep watching. By the time a viewer finishes their first Kdrama, and sometime even before that, they are so engrossed and in tune with the stunning cinematography of the show that, before they know it, they often find themselves digging deeper into the drama’s story, the lives and careers of the actors/actresses, and the music. 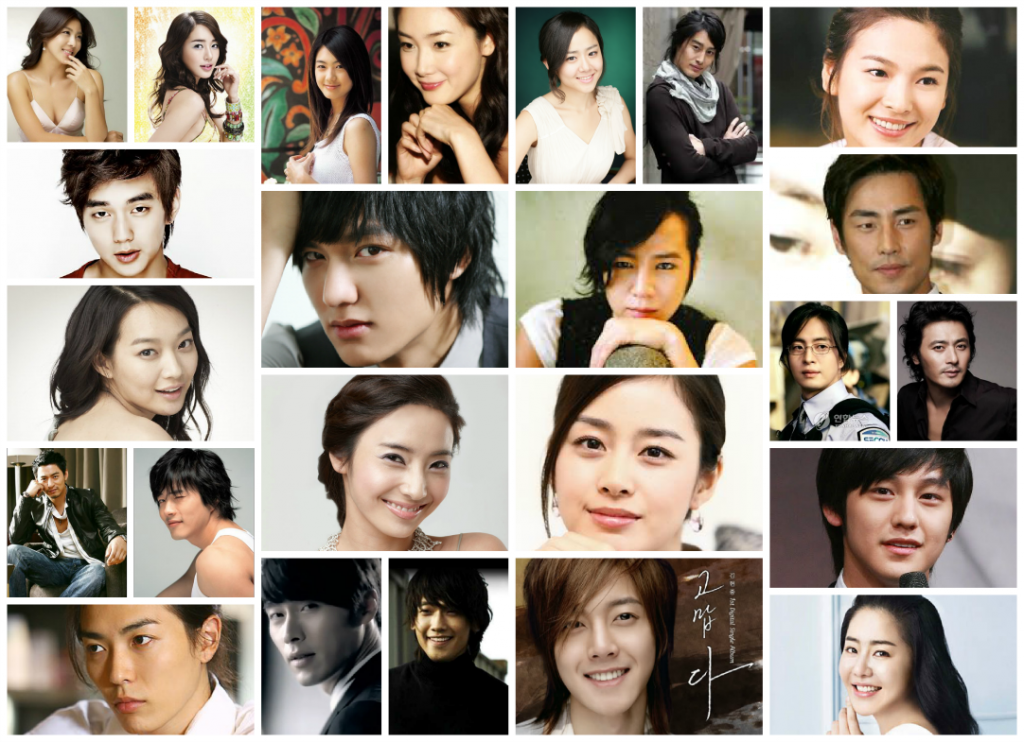 When we discuss the appeal of Kdramas and how effectively they draw fans into Kpop, we cannot forget the actors, actresses, and the plot lines themselves. Many Kpop fans got into the genre simply from seeing a clip of a great looking actor/actress.  That alone was enough to spark their Kdrama and Kpop addiction.

South Korea is a veritable hotbed for good looking and highly-talented actors/actress, directing visionaries, and imaginative drama writers.  These talented artists produce some of the most heartwarming and heartbreaking stories in Asian television history. Plot lines run the gambit of any and all possibilities, from fantasy stories and time travel, to revenge and innocent love, and everything in between.  These Kdramas offer up a story line for just about everyone. Fans may ultimately come to a drama because of how great an actor looks, but it’s the story that keeps them coming back each week. In a sense, the actors are the bait and the story is the hook that, once swallowed, will never let you go.

Even with the appeal of a drama’s acting and story line, there is something even more special that occurs when a Kpop artist is cast. The melding of the two industries (music and drama) has proven itself time and time again.  Examples of the extreme international popularity of such co-industry dramas include such hits as Boys Over Flowers, which starred the highly sought after actor Lee Min-Ho, artists Kim Joon (T-Max), and Kim Hyun-Joong (SS501), and You’re Beautiful, which starred veteran actor Jang Geun-Suk, Jung Yong-Hwa from CNBLUE, and Lee Hong-Ki from F.T.Island.

While castings such as these are now becoming more and more common place, as recently seen in the currently airing dramas Queen of Ambition starring Jung Yunho (TVXQ) and IRIS II with Lee Joon (MBLAQ) and Yoon Doo-Joon (BEAST), they’re not simply the only  reason why these dramas have become so popular. It’s the mix of the relatively inexperienced Kpop artist-turned-actor and the expertise of the veteran actors that brings an exciting element to a new story line and a fresh look to any remake or sequel.

When Kpop artists cross over into the realm of acting, they bring with them not only their music fans, but also a wave of curiosity as to the artist’s acting ability.  This heretofore unknown element sparks a high interest in the project.  The casting of popular Kpop artists in secondary and leading roles usually guarantees that the drama will be popular to some extent. This cross-over becomes mutually beneficial for both Kdrama and Kpop as fans of the artist watch the drama to support him/her, and fans of the drama may be so inclined to learn more about the Kpop artist and his/her music because of their acting performance.  This co-mingling creates a never-ending circle of interest that keeps viewer ratings high and sales of the drama’s Official Sound Track (OST) even higher.

While the phenomenal cinematography and an actor’s compelling performances throughout a storyline may be a big draw to bring in fans to Kdramas, it’s the OST that has become the quintessential part of the Kdrama’s appeal. The inclusion of music to any Kdrama emphasizes and increases the emotional response in the viewer, and when that music is then perfectly paired with the proper scene, then the emotions are amplified a hundred fold. Conversely, a bad OST will almost always equate to a bad drama in the eyes of the fans.

Trying to get a Kdrama fan to nail down their absolute favorite OST track is like trying to get a Kpop fan to pick their favorite song from their absolute bias. Some of Kpop’s hottest tracks worldwide hail from the soundtracks of some of the hottest Kdramas, as well as from some of the most least known dramas in the industry’s history. While dramas such as Rooftop Prince, Reply 1997, Boys Over Flowers, You’re Beautiful, and Secret Garden (video above) can outwardly boast that their popularity was not simply due to their OST, many fans would disagree with them. While the popularity of a Kdrama doesn’t necessarily equate to the popularity of the OST, and vice versa, their interconnection can not be denied.

Some die-hard Kpop fans would argue that doing an OST track takes something away from the Kpop artist’s stand-alone appeal. However, there have been a multitude of OST tracks that, over the years, have topped charts all over the world, have inadvertently propelled artists to the forefront of the music scene, and have increased their corresponding dramas’ ratings. A recent example of this is the track, “And One,” performed by Taeyeon (Girl’s Generation), from the currently airing drama, That Winter, The Wind Blows.  The song immediately shot up to number one on Daum moments after its release on March 13. After the release of the track, the drama itself also enjoyed an increase in viewership ratings. While Taeyeon was already a world renowned artist, this example is just a mere sampling of the potential popularity of any OST track and how it and the drama both do their part in drawing in more fans to Kpop.

With the Kdrama’s affinity for beautiful cinematography, thought-provoking and emotional story lines, superb acting, and heartwarming music, it’s no wonder why they have solidified their spot as one of the main influences in drawing in new fans to the genre of Kpop. As this match made in heaven continues on its congruent track into the future, we will see more and more fans come to them both as their popularity continues to grow worldwide.

Was a Kdrama your gateway into Kpop? If so, which drama hooked you and why? Tell us your story in the comments section below.