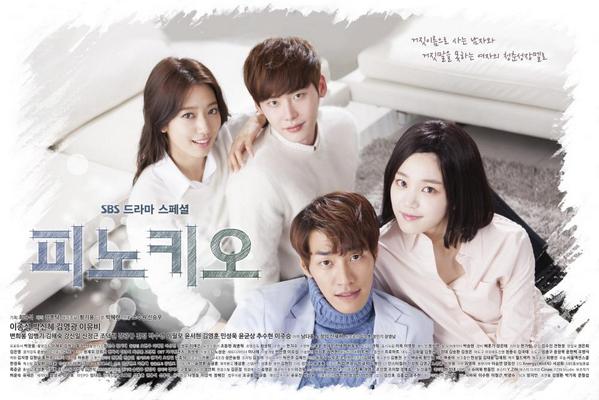 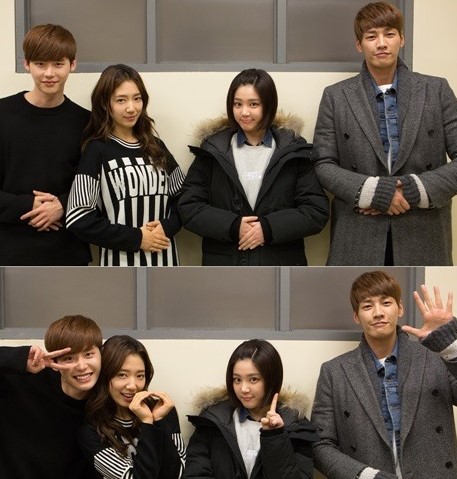 In the first picture, the four actors Lee Jong-suk, Park Shin-hye, Kim Young-kwang and Lee Yu-bi give the New Year’s greetings to fans in a Korean traditional way by placing their hands on their stomach.

Meanwhile, in the second photo, each actor makes numbers with their hands to symbolize the new year of 2015. They show their adorable sides when playfully posing the photo.

A spokesperson for the production team said: “The drama’s lead actors took special photos to show their gratitude and new year’s greetings to their fans. The whole cast will try their best for the success of drama in 2015 as well.”

The drama is broadcast every Wednesday and Thursday at 10 p.m. on SBS.