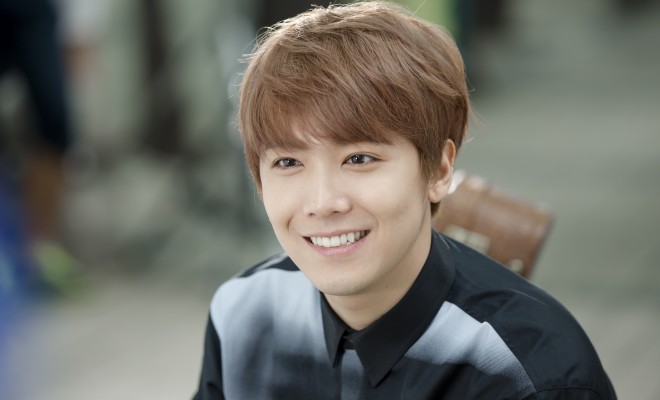 Before Lee Honggi made his debut as a singer, he debuted as a child actor in 2002 in the KBS2 TV drama Magic Kid Masuri. In 2007, he debuted as a singer in a band called FT Island as the lead singer. Although he was putting his focus on making good music, he did not forget his roots. He had made appearances in different dramas, and also played the lead role in Muscle Girls, Noriko Goes To Seoul, Bride of the Century and his latest drama, Modern Farmer.

Lee Honggi plays the role of Lee Min-gi in Modern Farmer. He is in a rock band called “Excellent Souls” with Kang Hyeok (played by Park Min-Woo), Yoo Han-Cheol (played by Lee Si-Un) and Han Ki-Joon ( played by Kwak Dong-Yeon). The band moves to the countryside and the drama series follows their dreams, loves and friendships.

In conjunction of his starring in the drama, ONE HD (Astro B. yond Ch 393) has released an interview with Lee Honggi. He answered questions about priorities in his life, his fashion brand and his fans.

Modern Farmer is currently airing through ONE HD every Tuesday to Friday at 7.30pm/6.30(JKT) 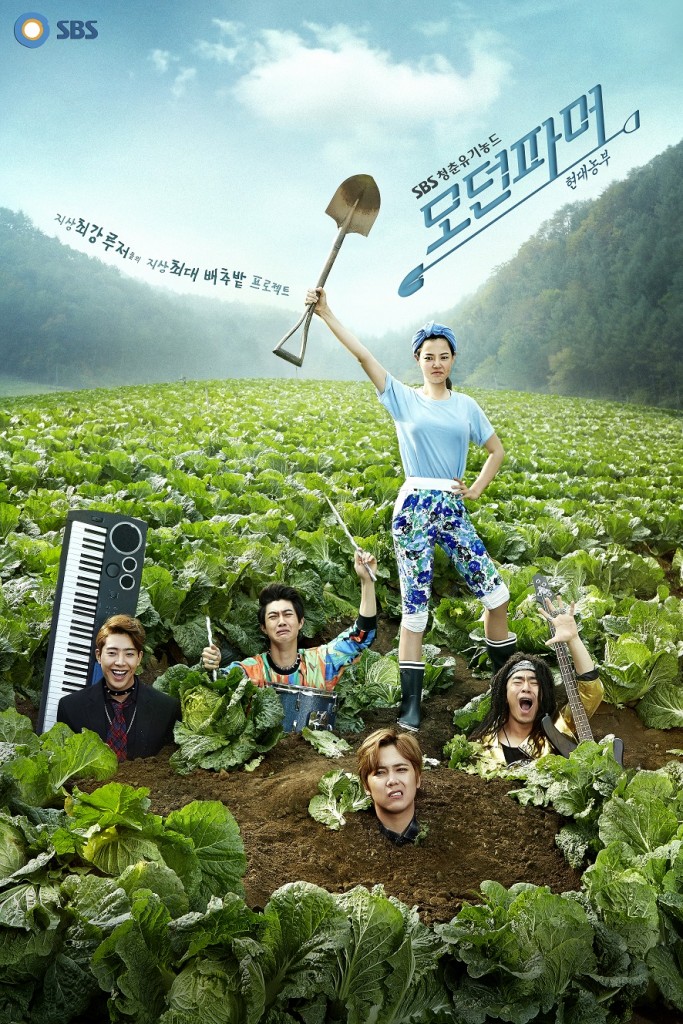 Q: Were there any interesting or funny things that happened when you were filming Modern Farmer?
The atmosphere of the set was very fun. Every moment was memorable, but if I am to talk about one, I would say the day we shot our poster. The 4 members of the band actually were buried in the cabbage field. It was quite tiring, but I think it’s funny because it’s not something anyone can easily experience.

Q: Which one is more difficult for you, to act as a cool rich guy Choi Kang-joo as in Bride of Century or to act as a poor musician and farmer Lee Min-gi in Modern Farmer?
I find it difficult to compare two characters from different projects, since each time I try my best to focus on each given personality. However, I would say it was more comfortable acting like Lee Min-gi, since we both have optimistic and fun personalities.

Q: As I can see, compared to other artists, you are quite open and become yourself even in front of fans. You often post some ‘crazy’ or ‘fool’ acts in Instagram even.  Please describe your character in real life. Is it more like Lee Min-gi or Choi Kang-joo?
I don’t exaggerate and truly update my everyday self through SNS. I enjoy communicating honestly with my fans. As I mentioned before, I find myself to be more similar with Lee Min-gi, since I am usually positive and try to approach life with a fun attitude. 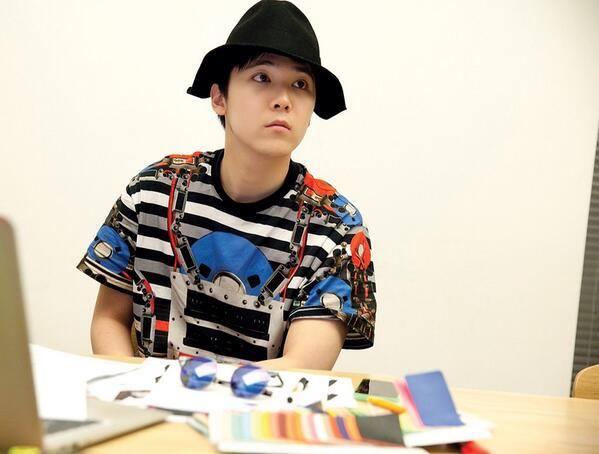 Q: You are not only a singer and actor, but also launched your own fashion brand, Skullhong. Does this brand represent your own fashion style? Is there any fashion item that you collect lately?
I always wanted to launch my own brand that expressed my ideas and style, and that has become a reality through ‘SkullHong.’ I participate in all stages of the process, from design to production, so I can say the brand reflects my own style.

Lately, I have been collecting shoes. Even our FTISLAND members have recently purchased “team shoes.”

Q: FT Island just released its fifth album, I Will. Can you tell me the concept of the music video of ‘Pray’? And why did you choose this song as the single of your new album?
In the music video, the floor is wet and our members are all locked in a large glass box. Even though we are giving our best in music, the clowns outside the box are laughing at us. However, we do not stop and continue singing and through this effort, the glass box shatters. The music video describes how FTISLAND and our music have been caught up and hidden behind prejudice and discrimination. We chose ‘Pray’ as our title track because we have always longed to perform in Korea with our self-composed title tracks. We are extremely satisfied and happy. 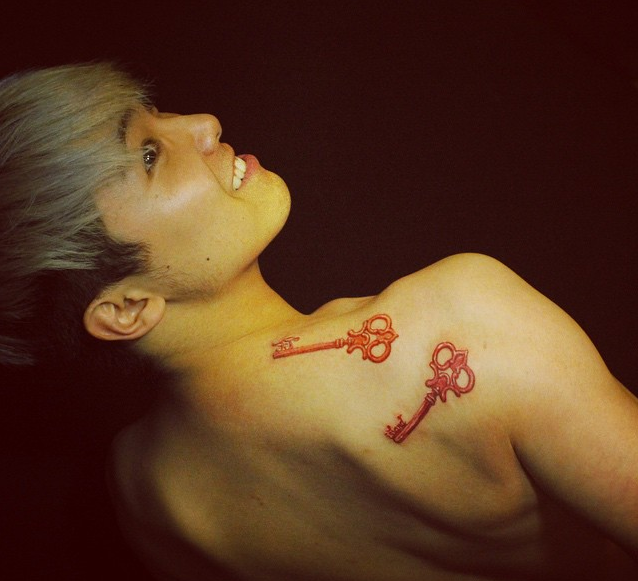 Q: How many tattoos do you have on your body? Would you mind to explain the meaning of each tattoo? Do you plan to add more? Why?
I have 7 tattoos. Each meaning is explained through my Instagram account so please check it out (Laughter). I guess I would do more if I have another tattoo come to mind.

Q: You often change your hairstyle and hair color in a short time, does it depend on your mood? Do you mind to go bald one day, either for your own style or for an acting project?
I could change my hairstyle depending on the situation. When I’m performing on stage, in dramas, musicals, etc., my hairstyle would change so I can fully portray my character.

Q: You are very close to your fans, often reply to them on Twitter, Instagram and also Weibo. What is the meaning of fans to you, what do you like most?
I can’t describe the meaning of my fans through one word. They mean so much more. Our fans are always sticking up for us and trust us. They have been watching us grow and mature, so I hope this album has been a present for them. 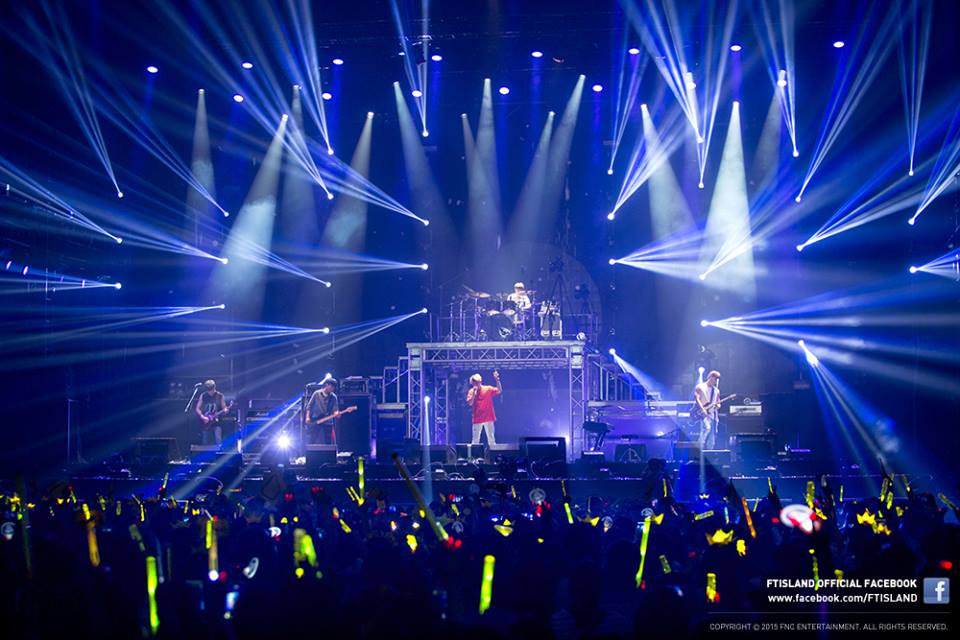 Q: What is the top priority in your life? Music (FT Island), or acting, family, or something else?
Family, FTISLAND, and acting.

Q: Which one is your ideal girl: Na Do-rim (Bride of Century) or Kang Yoon-hee (Modern Farmer)? Why?
Na Do Rim. Because Kang Yoon-hee is much older than me… 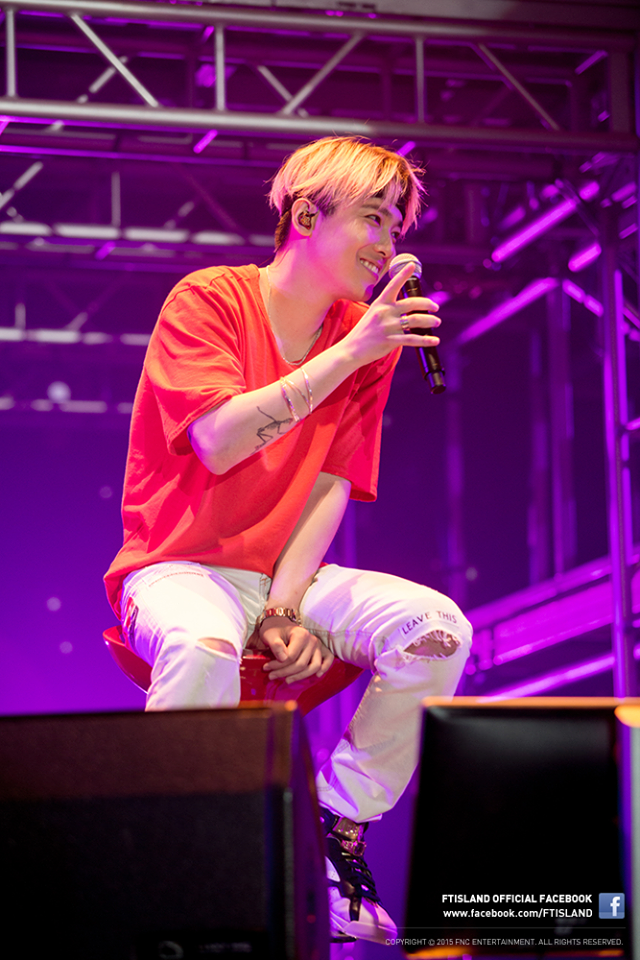 Q: You have written some songs. Which one of them expresses your feelings most? Is it Black Chocolate, Memory, Siren, Last Love Song, or another?
Orange Sky; My Birthday

Q: Have you ever sung a song for a woman that you love? (Not the fans, but for a woman that you fell in love with). How do you express your feelings for the woman you like, by words or actions?
I usually express my feelings through actions, and I think I joke around a lot to the person I like.

Q: You’ve been to most Asian countries, Europe, and even America. But you’ve never been to Indonesia. Will you visit Indonesia this year, since many Indonesian Primadonna are waiting for you and FT Island? What is your next project?
I know a lot of fans in Indonesia are supporting us. I too am disappointed that we didn’t get the chance to meet them in person. If we get the chance, I really want to express our gratitude to our local fans in Indonesia who have been waiting for us.

Modern Farmer is currently airing through ONE HD every Tuesday to Friday at 7.30pm/6.30(JKT)