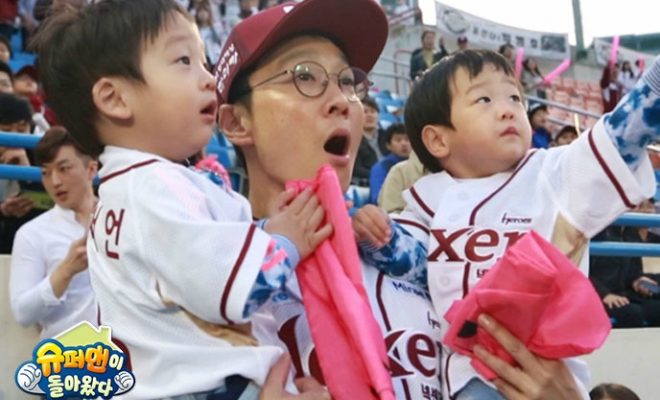 Be ready to say goodbye to Seo Eon, Seo Jun, and Lee Hwi Jae on The Return of Superman after almost five years on the show.

The last of The Return of Superman’s original cast, Lee Hwi Jae and his twin sons will bid farewell to the show.

According to reports, the Lee family has filmed the final episode last week which will air in mid-April.

Lee Hwi Jae, Seo Eon, and Seo Jun have been part of The Return of Superman since its pilot episodes in September 2013. By November 2013, the show became part of KBS’ Happy Sunday lineup and aired its first episode. The cast comprised of Lee Hwi Jae and his twin sons (Seo Eon and Seo Jun), Jang Hyun Sung and his sons (Junu and Jun Seo), Tablo and daughter Haru, and Choo Sung Hoon and daughter Sarang.

Seo Eon and Seo Jun, who will turn five on March 15 this year, were part of The Return of Superman since they were eight months old. The viewers of the show witnessed to the growth of the twins including their first walk, first baseball pitch, and first birthday.

Meanwhile, actor Bong Tae Kyu is possibly considering appearing on the show with his son.