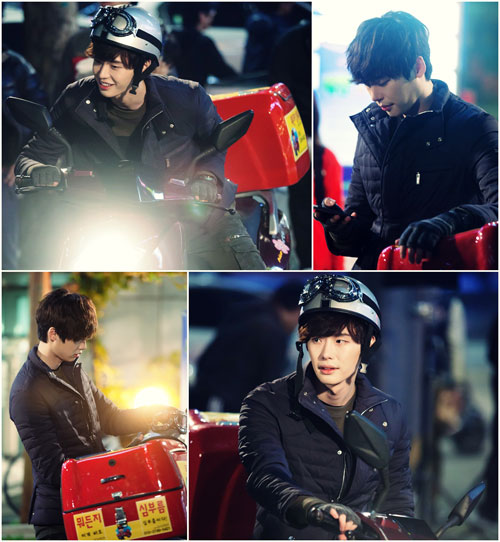 Lee JongSeok of KBS drama ‘School 2013’, school is not everything?

His expression is careless as he rides a bike with a red box at the back. It is an image that does not necessarily fit an 18-year-old high school student, but it has been gaining interest to what kind of story he will be sharing through the drama.

Lee JongSeok’s character, Go Namsoon, has no dream and is very irritated getting involved in small things, but he is a character who is gaining the curiosity of the netizens. As he is busy with a part-time job, he shows a fact that school is not everything for the students.

A drama representative says, “Through Go Namsoon and many other characters, you will be able to view the reality of the young students’ lives and be able to view their lives from a deeper perspective. With nothing to look forward to, Go Namsoon just attends school to check in for attendance. Through his stories and incidents, we hope that we can share the feelings with the viewers of this drama. You can look forward to Lee JongSeok’s acting as well.”

The drama School 2013 will be starting from December 3rd at 10pm KST.