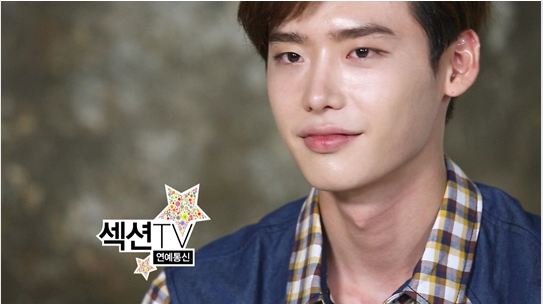 On the 4th of August broadcast of MBC‘s Section TV Entertainment, footage of Lee Jongsuk and Park Shin Hye shooting an ad for a fashion brand was revealed. In the interview with Lee Jongsuk, the actor struggled when he was asked: “Kim Woobin and Park Shinhye, who do you like?”

Lee Jongsuk responded: “Why compare a man and a woman?”. He then jokingly said: “In fact, I am better than Kim Woobin. My shoulder may be smaller, but I am tall and has small face’‘, causing a burst of laughter.

Lee Jong Suk also mentioned that Lee Boyoung, who was in the drama I Hear Your Voice which has just ended airing, bought him a lunch box every morning, and so he gave her a foot massage to repay her.