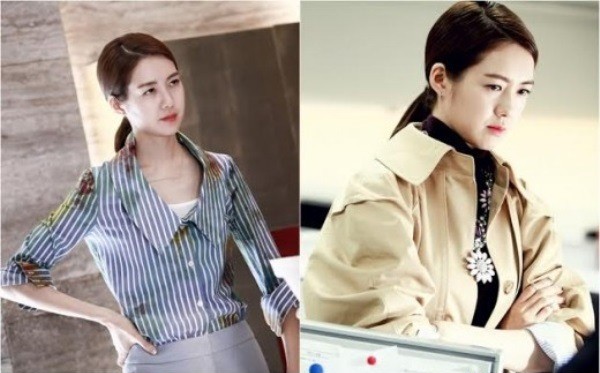 Lee Yo Won To Make Drama Comeback In March

Are you curious about Lee Yo Won’s character in her upcoming drama?

The actress has been confirmed to play the heroine’s role in the new JTBC drama, titled Wook-ssi Nam Jung Gi, after a 30 month-long break since her last MBC drama Empire of Gold in 2013.

In the new drama, Lee will act as Ock Da Jung, a successful yet hot-tempered office worker who works at a cosmetics company with swearing proclivity. Ock’s colleague is Nam Jung Gi (played by actor Yoon Sang Hyun), a timid and patient man. The strong contrast between their personalities promises to bring audiences a compelling story.

In the photos released by the drama’s production company, Lee dons different office outfits. She impresses viewers with her sharp glances and cold appearance, exuding her strong personality.

The drama will hit the screen on March 18, after the completion of Madame Antoine.