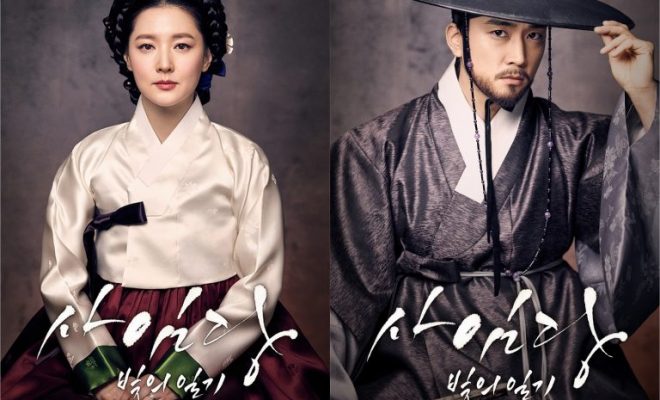 It seems that a tandem of Lee Young Ae and Song Seung Hoon tandem was not enough.

SBS’s Wednesday-Thursday offering ‘Saimdang, Light’s Diary’ will wrap up its run earlier than initially planned, according to its distributor. The decision came after the fantasy-period drama suffered disappointing ratings.

The 30-episode drama premiered on January 26. It is now expected to end on May 3 or 4, a week earlier than scheduled.

According to SBS, the producers have re-edited the series based on viewers’ opinions to make it better and correct its shortcomings.

“The drama’s producers have put all their energy into re-editing the show from the early stage of broadcasting, tightening the flow of the story and increasing its pace,” the network added.

The length of two episodes is cut in the re-editing process, resulting to a shorter series than initially planned.

Despite making headlines for bringing back ‘Jewel in the Palace’ actress Lee Young Ae from her 14-year hiatus, the drama fails to meet expectations and unable to bring ratings higher than 10 percent.

The SBS drama revolves around historical figure Shin Saimdang, who is Korea’s maternal icon associated with raising the Confucian scholar Yulgok of the Joseon Dynasty.