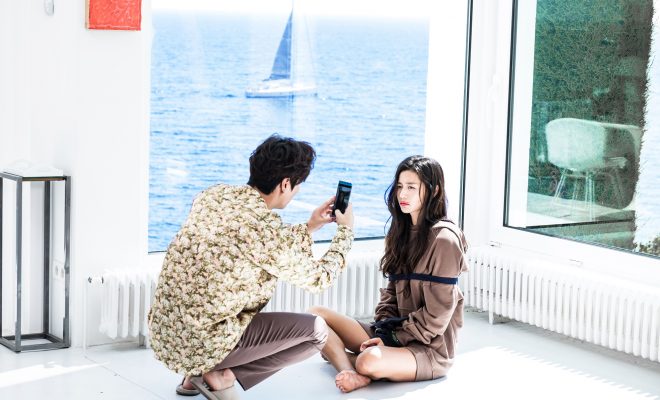 Powerhouse channels ONE HD and AXN packed a punch in Singapore and Malaysia last Thursday with ‘The Legend of the Blue Sea’ and ‘The Amazing Race Asia Season 5′.

‘The Legend of the Blue Sea’, starring Lee Min Ho and Jun Ji Hyun, premiered in Singapore and Malaysia on ONE HD on November 17 at 8.10PM.

In Singapore, the premiere wins the time slot across all pay-TV channels, achieving a 52% higher rating than the premiere of ONE HD’s blockbuster, top rated drama series ‘Scarlet Heart’.

During its telecast, ONE HD was the top rated pay-TV channel with a 47% higher rating than the next channel. It also scooped a 81% share among the four Korean general entertainment channels.

‘The Legend of the Blue Sea’ outperformed all other channels in Malaysia, achieving an amazing 92% share among the four competing Korean channels. The series is ONE HD’s highest rating premiere episode in 2016 – that is 84% higher than the premiere of Scarlet Heart. 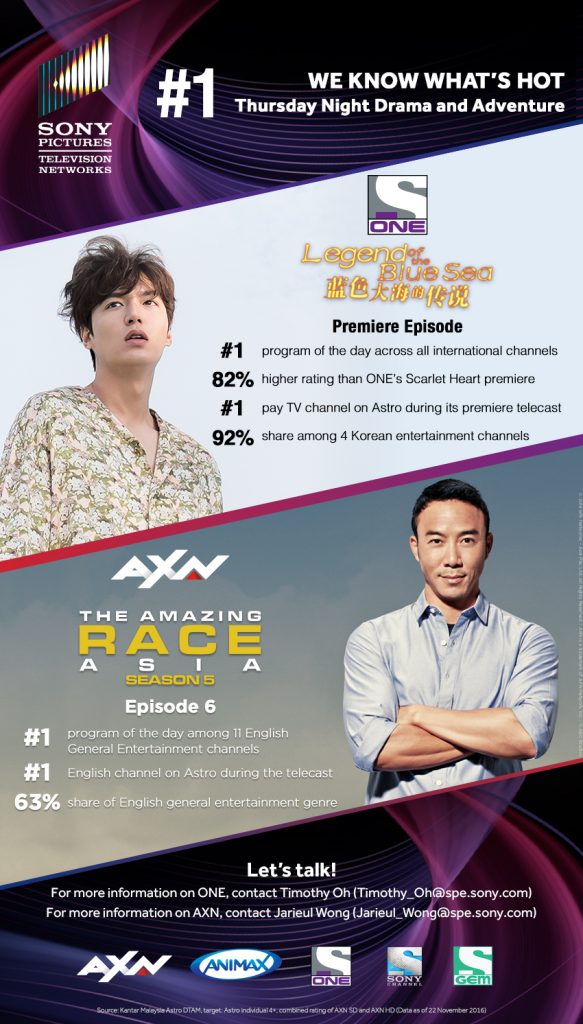 Sony Pictures Television Networks’ channels offer viewers the very best in premium Asian and English content. ‘The Legend of the Blue Sea’ and ‘The Amazing Race Asia Season 5’ are vastly different viewing experiences so we are thrilled to cater to the diverse preferences of our audiences in Singapore and Malaysia. We remain plugged into the demands of the market and will keep delivering drama, variety and reality series that viewers live, breathe and crave.

‘The Legend of the Blue Sea’ airs every Thursday and Friday at 8.10PM, within 24 hours of its Korean telecast. It is available first and exclusively on ONE HD (Astro Ch393).