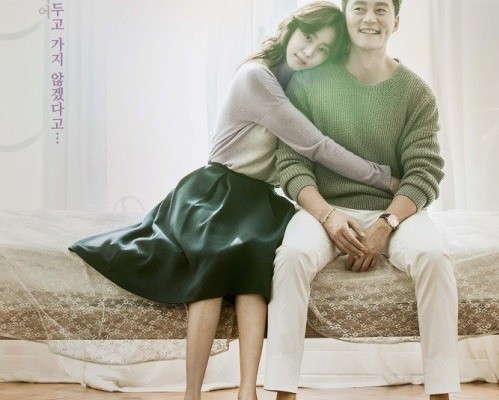 According to Nielsen Korea, the latest episode of ‘Marriage Contract’ aired on March 26, marked a high 18.4 percent viewer rating across South Korea. However, this rate is a slight reduction of 0.9 percentage compared with the previous episode, which was aired on March 20.

‘Marriage contract’ revolves around a single mum named Kang Hye Soo (played by UEE), who makes intense effort to bring her daughter up and pay off her late husband’s debts. To get more money, Kang accepts to sign a marriage contract and tie a knot with Han Ji Hoon (played by Lee Seo Jin), whose mother needs a liver transplant. The drama premieres through MBC on Saturdays and Sundays at 10pm KST.

Hellokpop, as an independent Korean entertainment news website (without influence from any agency or corporation), we need your support! If you have enjoyed our work, consider to support us with a one-time or recurring donation from as low as US$5 to keep our site going! Donate securely below via Stripe, Paypal, Apple Pay or Google Wallet.
FacebookTwitter
SubscribeGoogleWhatsappPinterestDiggRedditStumbleuponVkWeiboPocketTumblrMailMeneameOdnoklassniki
Related ItemsLee Seo JinMarriage ContractUEE
← Previous Story Kris Is A Basketball Ace In ‘Sweet Sixteen’ Stills
Next Story → Park Hae Jin In Talks To Join ‘Cheese In The Trap’ Movie