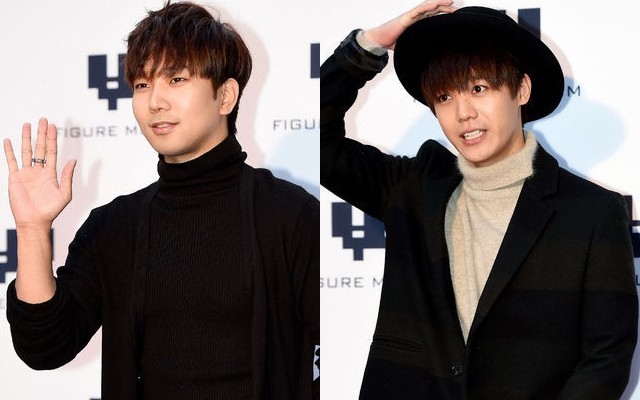 MBLAQ’s G.O and Mir to Go On ‘Witch Hunt’

Miss MBLAQ‘s humor and variety show appearance no more, as the group has confirmed to join a talk show!

According to J. Tune Camp, MBLAQ’s two members G.O and Mir will participate in filming for the next episode of the JTBC‘s 19+ talk show Witch Hunt on June 8. This will mark the group’s first variety show appearance, several months after the departure of two former members Lee Joon and Thunder.

Though the entertainment program will be the group‘s first since their musical comeback, there will not be a lot of discussion about their comeback, just as it won’t include all (three) members on the show.

In related news, MBLAQ will be making its comeback to the K-pop scene as a trio group with its eigth mini album Mirror today.

Hellokpop, as an independent Korean entertainment news website (without influence from any agency or corporation), we need your support! If you have enjoyed our work, consider to support us with a one-time or recurring donation from as low as US$5 to keep our site going! Donate securely below via Stripe, Paypal, Apple Pay or Google Wallet.
27
SHARES
FacebookTwitter
SubscribeGoogleWhatsappPinterestDiggRedditStumbleuponVkWeiboPocketTumblrMailMeneameOdnoklassniki
Related ItemsG.OJ.Tune CampJTBCLee JoonMBLAQMirMirrorSeung HoThunderWitch Hunt
← Previous Story Lee Min Ho to Return to Big Screen with Blockbuster ‘Bounty Hunters’
Next Story → Ex-MBLAQ Member Lee Joon Makes His Comeback in ‘The Guest’