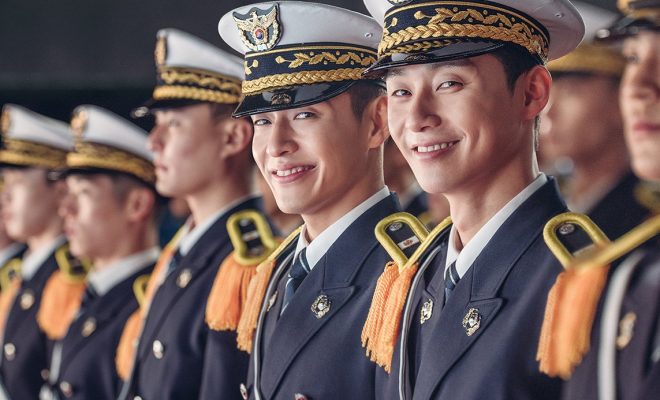 Midnight Runners will run to other countries soon!

The rights to the film have been purchased by companies in Japan, Philippines, Hong Kong, Taiwan, Malaysia, and Singapore. According to a representative from Hong Kong’s Deltamac HK, the film will appeal to all age groups in Hong Kong’s local market because of its cheerful and bright genre.

‘Midnight Runners’ revolves around two Korean National Police University students, who witnessed a kidnapping incident and tracked it down.

The film, which is set to hit South Korean theaters later this year, is headlined by actors Park Seo Joon and Kang Ha Neul.

“We are looking forward to the chemistry between Park Seo Joon and Kang Ha Neul who are rising as stars abroad,” the Deltamac representative added.

Aside from ‘Midnight Runners’, two other Korean films have also been pre-sold in the Hong Kong film market. Distribution rights to ‘House of the Disappeared’ were sold to seven countries, namely Japan, Taiwan, Philippines, Vietnam, Singapore, Malaysia, and Brunei.

Set to be released on April 5 in South Korea, the mystery-thriller film tells the story of Mi Hee (played by Kim Yoo Jin), who returns home after serving 25 years in jail for killing her husband and son. Also starring in the film is 2PM‘s Taecyeon.

Music-themed film ‘One Step’ starring Sandara Park was also sold to countries like Thailand, Hong Kong, Macao, Philippines, and Taiwan. The film will hit theaters in South Korea on April 6.