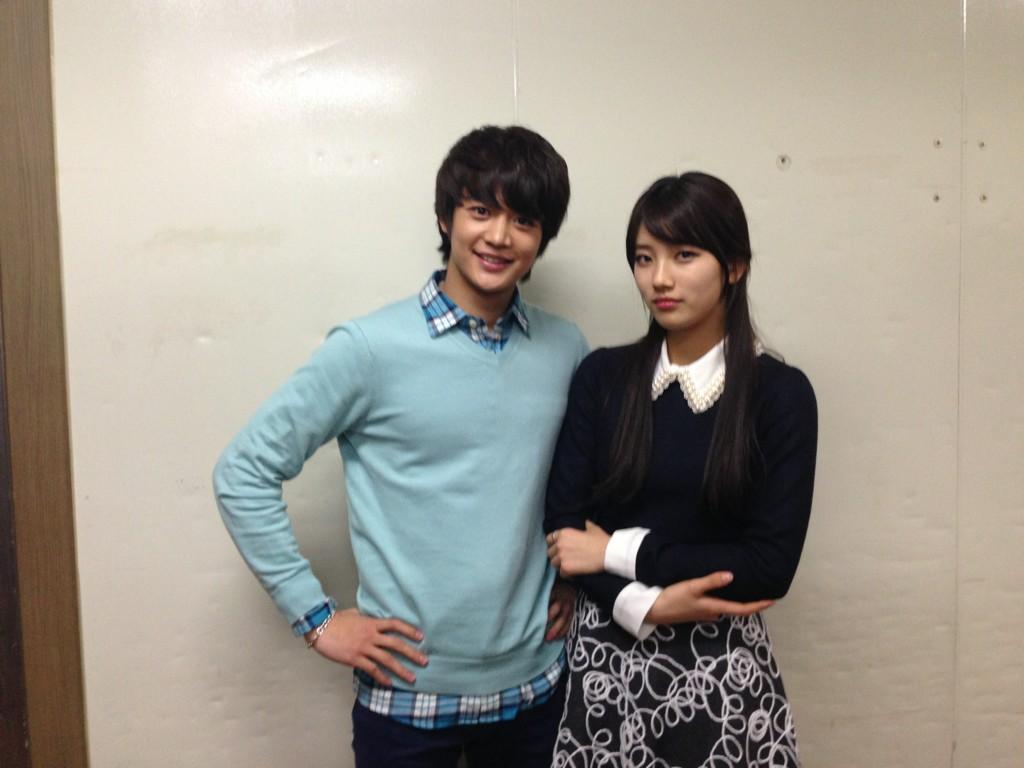 On December 21st, KBS2TV‘s Music Bank shared a photo on their official Twitter, saying “Today’s Music Bank’s another special stage! What kind of special stage did these two people prepare. Please look forward to it!”

In the photo, SHINee‘s Minho and Miss A‘s Suzy are looking friendly in the waiting room. They are looking toward the camera with bright smiles and have caught the attention of their fans.

People who have seen this photo reacted, “They look good together”, “Minho and Suzy chemistry is the best”, “Visual daebak”, “They are shining even when they just stand there”, “Yesterday’s stage was amazing”.

On the stage, Minho and Suzy acted out a parody scene for Architecture 101 (건축학개론) which Suzy starred in this year and drew in attention of many fans.