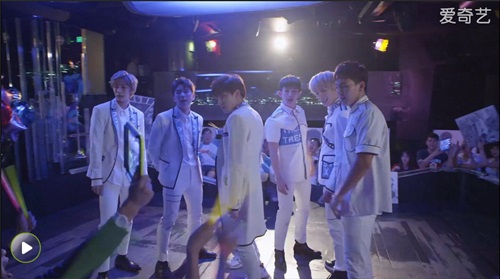 Good Evening, Teacher is a comedy drama that focuses on a high school and math teacher (played by Hallyu top star Lee Dong Gun), and a headstrong student girl (played by Chinese actress Guan Xiao Tong). In the drama, the boys of MONSTA X play as idol stars who have attractive appearances and dancing talents.

The drama was first broadcast on January 25 through Chinese video provider iQIYI and reached over 1,500 views after 16 hours upon its release. Notably, it recorded 8,369 views within 4 days and dominated many Chinese websites for the category of views among web dramas. Moreover, the drama’s Weibo account attracted 11,000 followers.

It is an honor for MONSTA X to take parts in a web drama by iQIYI, a powerful player in the Chinese contents industry. Moreover, it plays a role where it can show off its own songs and dances. We are thankful for the heated responses from the viewers, which is much more than we expected. MONSTA X plans to actively perform in the country in return for the fan’s love.