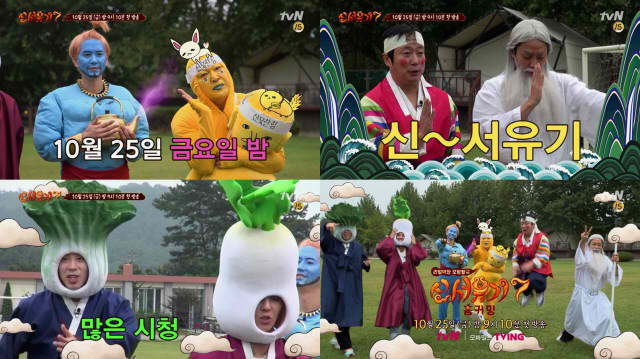 The seventh season of New Journey To The West 7 will soon be hitting your television screens later this month!

Well-loved South Korean variety show New Journey To The West 7 has recently hyped up viewers with the reveal of their exciting teaser and premiere date.

To heighten viewers’ anticipation for its seventh season, the program has recently dropped an exciting sneak peek. In the 15-second clip, the six variety stars appeared in fascinating costumes and invited fans to watch the show’s nearing first broadcast on October 25 at 9:10 PM K.S.T.

In addition, the show’s very own producer Park Hyun Yong shared that the newest season will mark the very first time that they will be returning to their home country to film.

“We have decided on ‘homecoming’ as the theme for the upcoming season. We plan to deliver lots of joyful laughter through prepared creative costumes and refreshingly novel games, so we ask that you show a lot of anticipation,” he added.

READ: “New Journey to the West 7” To Begin Filming At The End of September