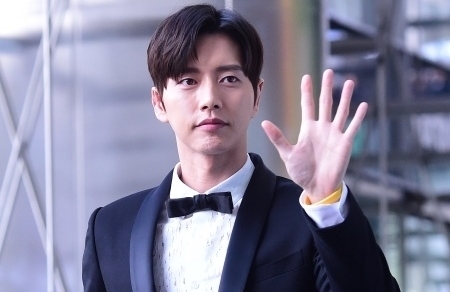 There will be more of Park Hae Jin in the small screen.

Confirmed by Park Hae Jin’s agency, WM Company, on March 29, the charming actor is announced to be joining a new drama. The upcoming piece, titled as ‘Man To Man’, will be written by Kim Won Suk, who co-curated the high rating KBS drama ‘Descendants of the Sun’. ‘Man To Man’ evolves a story between a top star and mysterious bodyguard, who will be played by Park Hae Jin.

The star is currently also in talks to join the cast of the new movie ‘Cheese In The Trap’, which he played as the male lead Yoo Jung in the drama version earlier on.

Hellokpop, as an independent Korean entertainment news website (without influence from any agency or corporation), we need your support! If you have enjoyed our work, consider to support us with a one-time or recurring donation from as low as US$5 to keep our site going! Donate securely below via Stripe, Paypal, Apple Pay or Google Wallet.
FacebookTwitter
SubscribeGoogleWhatsappPinterestDiggRedditStumbleuponVkWeiboPocketTumblrMailMeneameOdnoklassniki
Related ItemsCheese in the Trapkim won sukman to manpark haejinWM Company
← Previous Story Park Hae Jin In Talks To Join ‘Cheese In The Trap’ Movie
Next Story → Song Joong Ki To Open Up About ‘Descendants of the Sun’ On KBS Evening News