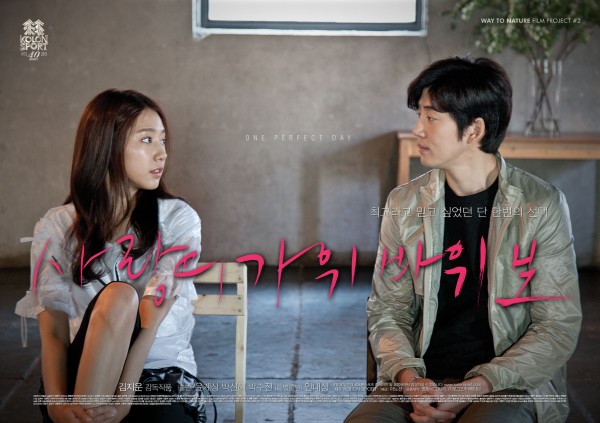 As part of the celebration of its 40th Anniversary, KOLON OUTDOOR SPORT‘s Way to Nature Project, has produced the film One Perfect Day.

Starring Park Shin Hye and Yoon Kye Sang, it will be released on KOLON SPORT’s official website via YouTube on April 30.

The film is a collaboration of KOLON OUTDOOR SPORT and the pop culture and film industry of South Korea, meeting with top director Kim Jee Won. Kim has made his film directing debut in the US recently, working with Arnold Schwarzenegger in The Last Stand.

One Perfect Day is a romantic-comedy short film about a guy who doesn’t have “good” luck in dating. He uses the rock-paper-scissors game in every date to slip off the awkwardness but it didn’t seem fitting. He finds a stray dog on one of his “failed” nights until he meets his ideal woman (Park Shin Hye).

Is he going to try his luck again by the rock-paper-scissors game? Watch the movie trailer below: