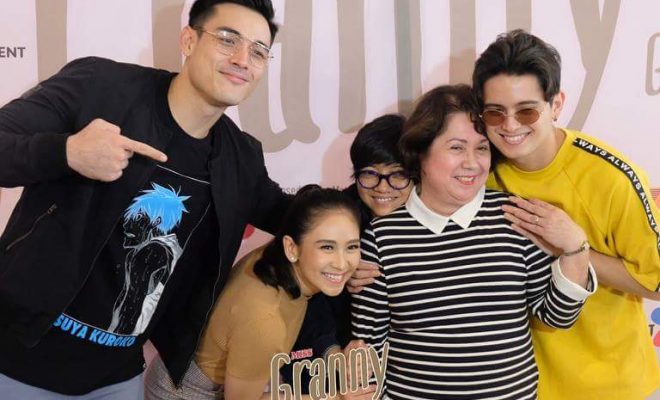 Congratulations must be said to the cast and crew of the Philippine adaptation of Korean Miss Granny!

Like its South Korean counterpart, the Philippine adaptation of Miss Granny is setting records and earning millions at the box office after only a week since its premiere. 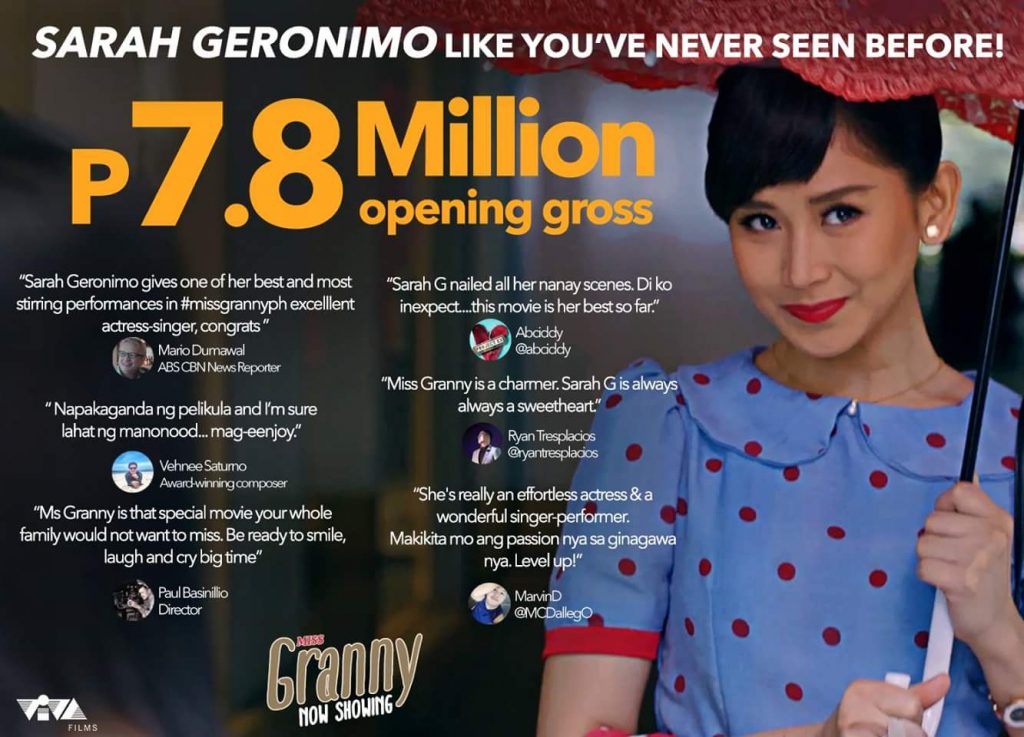 By its second day, the film has already amassed a total of Php 13.8 million. Additional cinemas were added to accommodate more interested viewers – that by its third day, 220 cinemas are showing the film and a total of Php 21.5 million have been earned.

The relatable, heartwarming, and inspiring family film continued to see high audience turnout, grossing Php 36 million on its fourth day. By August 26, it scored a record-breaking Php 21 million, the highest single-day gross for a local film released in 2018. 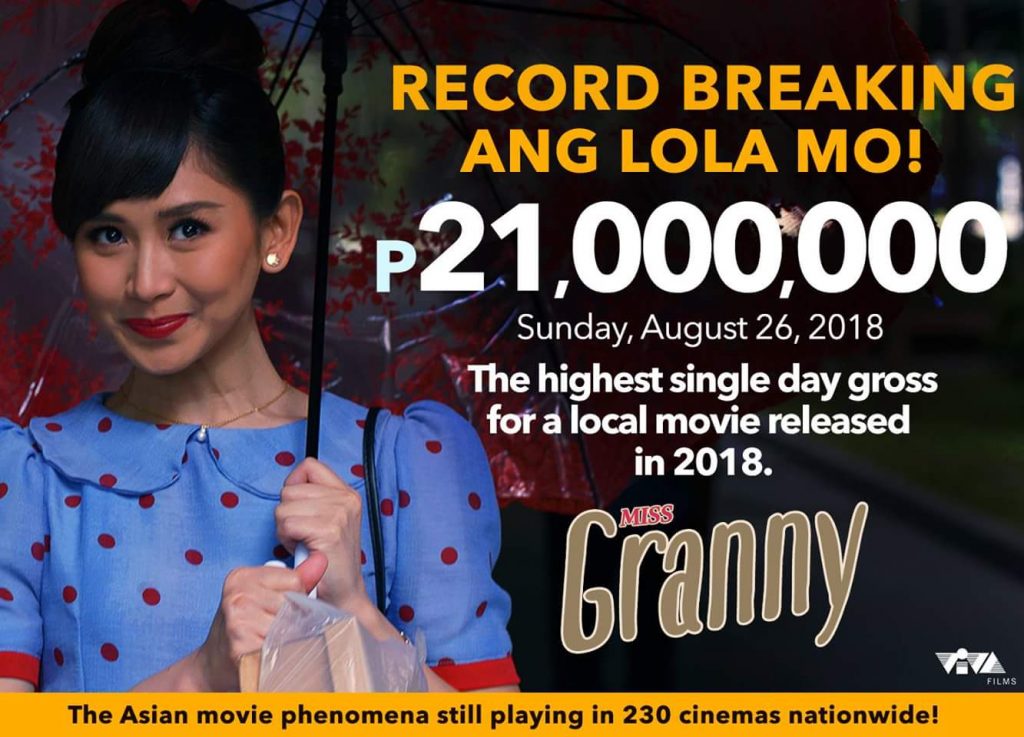 Although the film saw a lower earning on August 27 at Php 20 million, it still recorded a total gross of Php 77 million after only six days.

Miss Granny closed its first week with a total of Php 85 million in earnings, and is set to continue its blockbuster run this week. 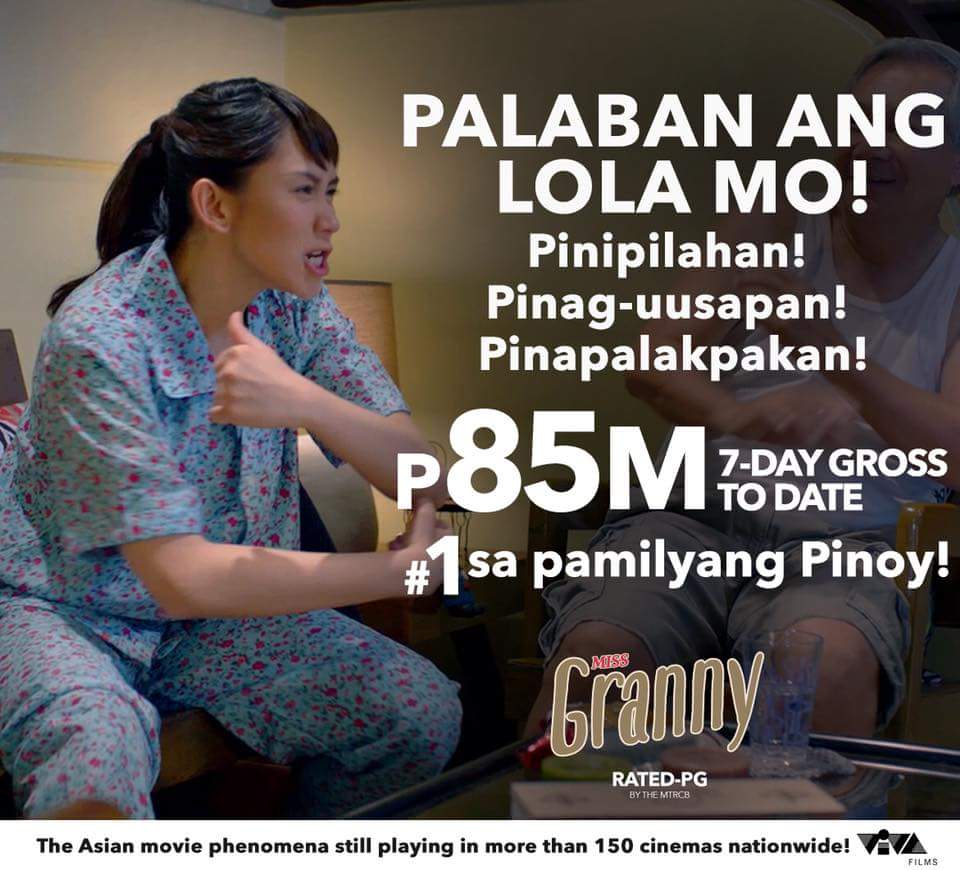 Aside from its impressive box office scores, the film has also received positive reviews from moviegoers, who expressed admiration on the cast’s portrayal of their characters. Moreover, the endearing story, partnered with humor and life lessons, makes it a must-watch film for the whole family.

The film received a 9.7 over ten rating on IMDb — comparably higher than its South Korean counterpart and other adaptations.

Miss Granny will also bring its heartwarming story to the Middle East on August 30. 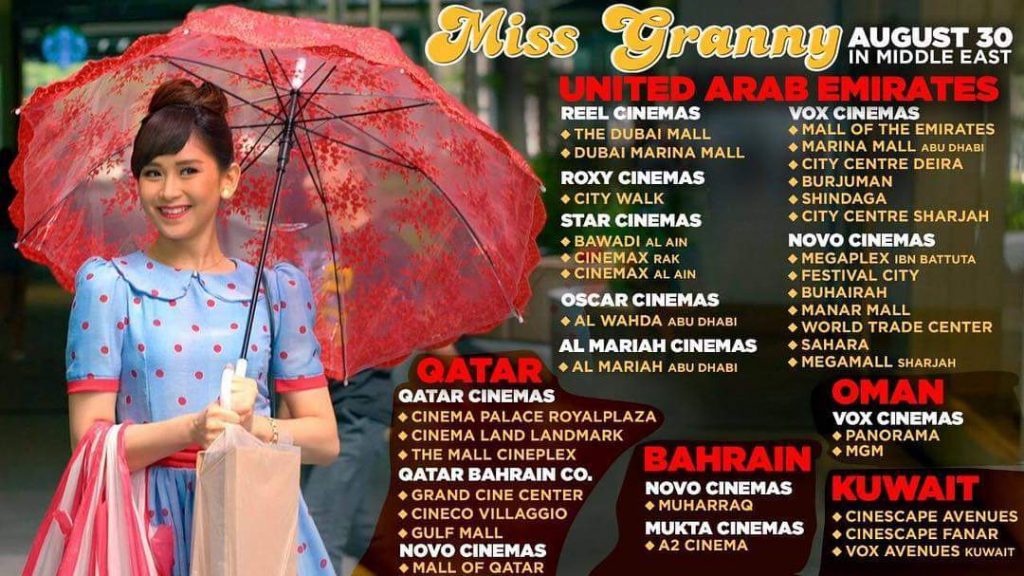 Hellokpop, as an independent Korean entertainment news website (without influence from any agency or corporation), we need your support! If you have enjoyed our work, consider to support us with a one-time or recurring donation from as low as US$5 to keep our site going! Donate securely below via Stripe, Paypal, Apple Pay or Google Wallet.
FacebookTwitter
SubscribeGoogleWhatsappPinterestDiggRedditStumbleuponVkWeiboPocketTumblrMailMeneameOdnoklassniki
Related ItemsMiss Granny
← Previous Story tvN Latest 24-Hr Express K-Variety “You Quiz On The Block” With Yoo Jae Suk & Jo Se Ho
Next Story → K-Drama Mid Series Check: “Thirty But Seventeen” Speeds Up Character Connections Yet Slows Down On Plot Trajectory