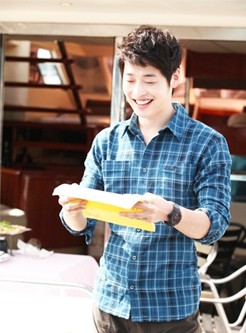 Photos revealed of May Queen’s Kim Jaewon reading a script 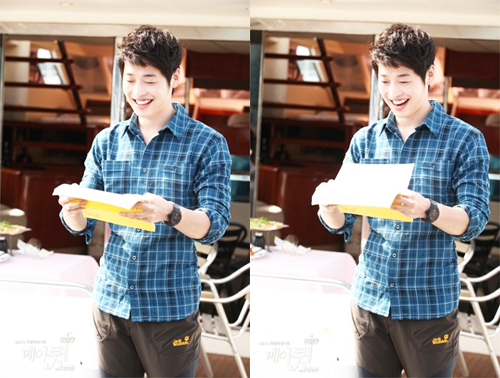 Actor’s Kim Jaewon‘s behind-the-scenes photos were revealed recently. Through MBC‘s weekend drama series May Queen, Kim Jaewon has been receiving a lot of love from viewers for his character Kang San who is always bright, has a warm heart, and always tries his best in his  profession. Photos of him reading his script were uploaded, and receiving a lot of attention from his fans.

In the photo, Kim Jaewon was wearing a blue plaid shirt. His clothing matched him well as his pale skin allowed the clothing to stand out. Those who saw the photo of Kim Jaewon reading his script said:

“It looks like he enjoys reading his script, so good looking.”

“When I see Kim Jaewon’s smile, it makes my mood better.”

Many viewers of May Queen are very curious whether the love line between Kim Jaewon and Han Jihye will happen or not. What are your thoughts?