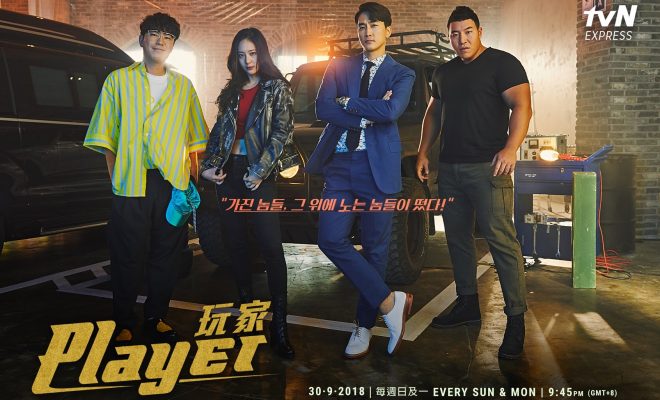 Are you loving the action-packed scenes that come with a touch of humor in Player? We do. 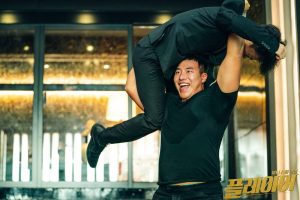 The first episode ranked No. 1 across all channels, including pay TV, IPTV and public broadcast network, during the same timeslot in Korea, with an average viewership rating of 4.0% and a peak at 4.7%.

Just the premiere episode, Player has already managed to break the record of the highest-rated pilot episode viewership in OCN’s history, which is previously held by Voice 2. In Singapore, Malaysia and Indonesia, audience can enjoy this latest K-drama through tvN within 24 hours of Korea’s broadcast.

Picking up the momentum, episode 2 ranked No. 1 among target audience (males and females; aged 20-49) in all 120 pay TV channels in Singapore (source: Gfk; Evogenius Reporting). 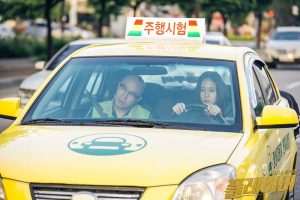 The first episode revealed the story of corrupted and privileged people abusing their rapport with the government for their own sake. Seeing these people amassing wealth through illicit means, the prosecutor Jang In-gyu (Kim Won Hae) believes taking them to court is simply not enough. This became the beginning of his collaboration with the “Player” gang, which consist of a conman Kang Ha-ri (Song Seung Heon), a driver Cha Ah-ryung (Krystal), a hacker Im Byung-min (Lee Si Eon) and a fighter Do Jin-woong (Tae Won Suk).

A thrilling battle between the unscrupulous people and the gang featured spectacular fighting scenes, while the hilarious interactions between the gang were totally unexpected. Player quickly captured audience attention, with many leaving positive comments on social media like, “It is so interesting, I held my breath when watching it!”; “Best action drama ever! Can’t wait for the next episode!” 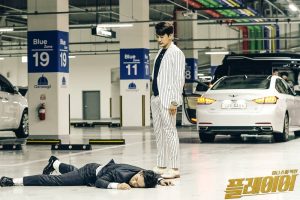 Want more actions and laughters from the gang? tvN Asia’s latest 24-hour express action drama Player broadcasts on tvN in Singapore, Malaysia and Indonesia every Sunday and Monday at 9:45pm (GMT+8), with subtitles in English, Chinese and Bahasa Malaysia.

Player is available via tvN on the following platforms: