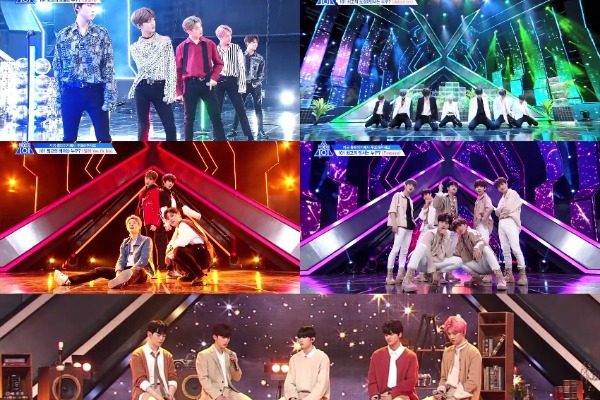 Sixty trainees fight for survival as they showcase their skills for Position Evaluation.

Produce X 101 episode 6 showed surviving trainees struggle as they pick positions, for their choice could either help or harm their standings. The episode picked right where it left off since the First Ranking Announcement ceremony, which cut down trainees to sixty. The aspiring talents have to pick from vocal, dance and rap positions. 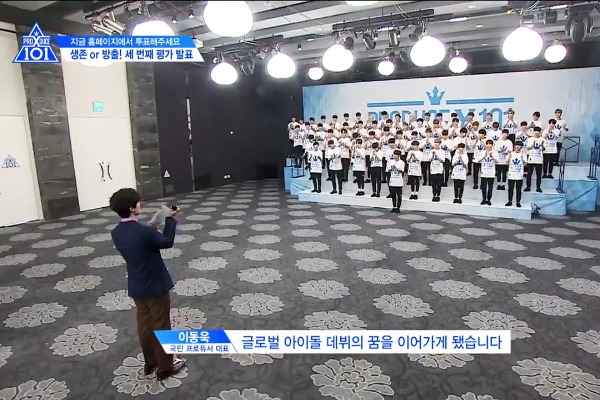 A new position has been added – the X position which will have the trainees perform two tasks (dance-rap and dance-vocal). National Producer Representative Lee Dong Wook revealed the songs for each position at the start of the episode. He also divulged that on the next elimination, only 30 trainees will have the chance to move on to the next round.

Vocal position: Paul Kim’s “Me After You”, “Twit” by MAMAMOO member Hwasa, BOL4’s “To My Youth” and WANNA ONE’s “Day by Day”

Rap Position: Zico’s “Tell Me, Yes or No” featuring Penomeco and The Quiett, and “Barcode” by HAON and VINXEN

X position: Charlie Puth’s “Attention” for the dance and vocal. As well as “Turtle Ship” by Ja Mezz, Andup, and WINNER’s MINO featuring Paloalto for dance and rap. 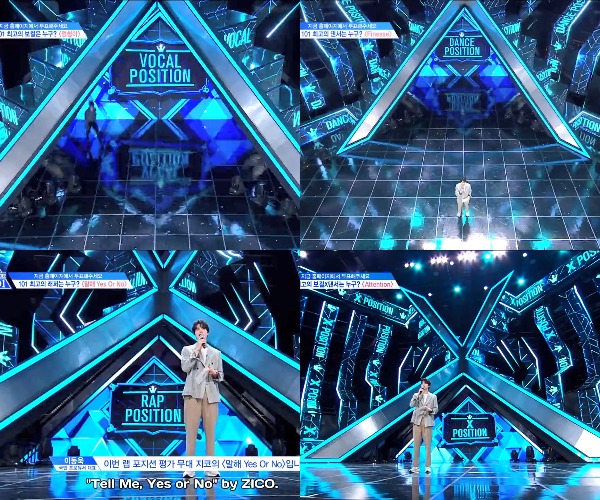 The trainees who rank first will earn benefit points. For Vocal, Dance and Rap positions, first-placers for each song will get 100 times their total votes while the top trainees for each position get 100,000 additional benefits points.

The team composed of Yoon Jung Hwan, Lee Eun Sang, Lee Mi Dam, Kang Seok Hwa and Lee Hyeop was the first to hit the stage. Fighting for the vocal position, trainees anticipate this group’s performance the most, as their overall singing skill is deemed pretty advanced. Vocal coach Lee Seok Hoon seems to agree as he saw no problem during the vocal training. The group gave a fierce performance of Hwasa’s song and the audience voted Brand New Music’s Lee Eun Sang as the top trainee.

This is one of the songs in the X position and prior to the performance, trainee Moon Hyun Bin revealed that they have talked a lot about their emotions, the good and the bad things during practice. They have gathered their opinions and because of that they have created a good performance. During the vocal and rap class, the trainers expressed dissatisfaction with the group’s singing and rapping skills.

They also had to change their center from Kim Sung Hyun to Hidaka Mahiro as the latter fits more to the song’s vibe. Team Attention pulled off a good performance despite Han Gi Chan’s initial issue with the allocation of parts and their struggle to have their own arrangement of the song and creation of the dance moves. Trainee Koo Jung Mo ranks first in his group.

The third performance of the night was for the rap position. During the rap class, Trainer Cheetah expressed disappointment towards the group. She told them that only their ardent fans would listen and enjoy the performance, not the entire audience. She asked MBK Trainee Nam Do Hyun on what to do to make their stage more exciting. Do Hyun said to rewrite the lyrics, but Cheetah pointed out it was not the main problem.  It was the flow and tone that they need to work on.

Furthermore, she also pointed out that based on his lyrics, he only wanted to look cool. The young trainee stayed later to practice more and heed Cheetah’s advice. As a result, their stage overflowed with swag, much to the trainers’ satisfaction, and Nam Do Hyun gets the number spot.

Brand New Music’s Kim Si Hoon and Starship Entertainment’s Ham Won Jin have tensed moment during practice. The team voted for Kim Si Hoon as their leader due to his experience in creating dance moves. However, as they were brainstorming Ham Won Jin felt that his ideas were not taken into consideration. This created a tensed atmosphere within the group but they talked and ironed things out. Their collaborative effort did not go to waste. The trainers praised their choreography and the little details they added to it. Lee Han Gyul bested Song Hyun Jun and took the first place.

“Me After You” by Paul Kim

The on-site fans welcomed this team with the loudest cheer. OUI Entertainment’s Kim Yo Han told host Lee Dong Wook that their thoughts as they were rehearsing for the song. He said they thought of ways to sing it in a manner that would make the National Producers think of them as their boyfriends. Meanwhile, Cha Jun ho was all smiles. He proudly said he received compliment for the first time about showing emotions while practicing the song. Trainers praised Han Seung Woo’s beautiful falsetto during vocal practice. The group staged a heartfelt rendition of the song and the trainers commended the team’s harmony and voices. Han Seung Woo is voted the best performer for his team as he gets the number one spot.

Episode 7 will continue with the performances and the teaser showed an emotion-filled battle between the remaining teams. 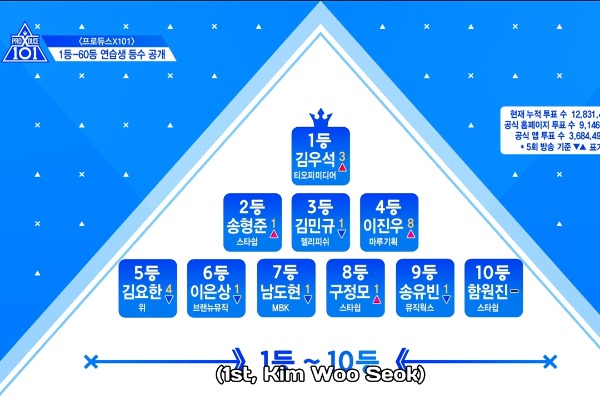 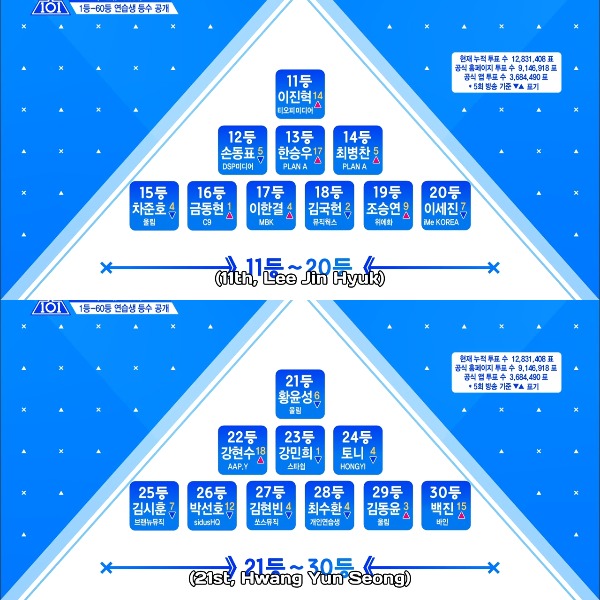 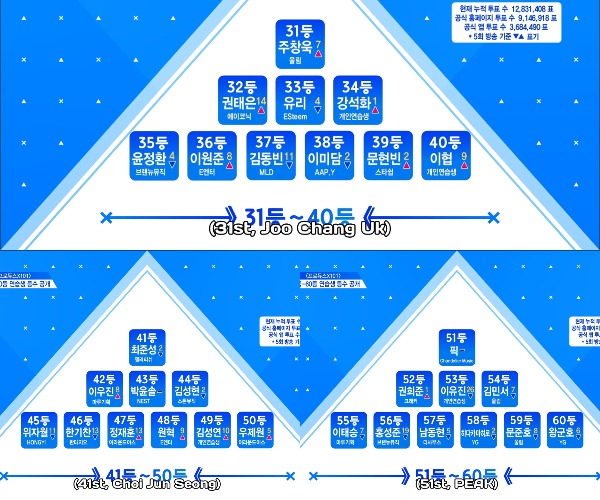 Watch next episode’s preview below.