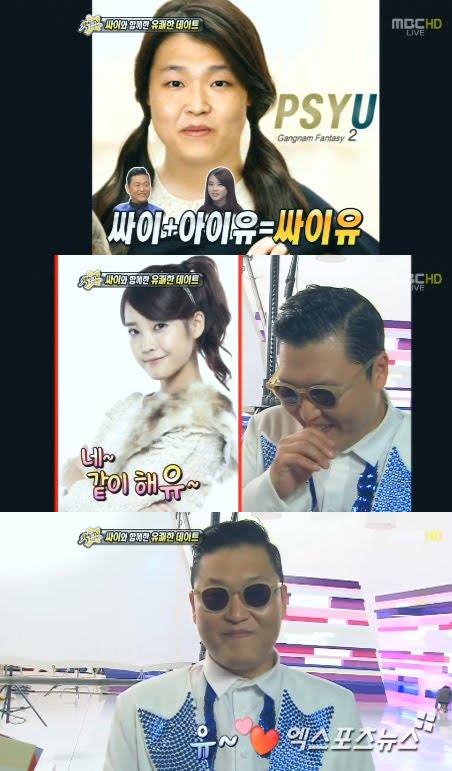 Psy wants to collaborate with IU

On September 9, MBC TV‘s program, TV Entertainment News, aired an episode that featured the staff members paying Psy a visit during the star’s CF filming. While on set, the staff brought up the PSYU photo containing Psy’s face on IU‘s body as a topic and asked what he thought about it. He said:

“I only performed with her once, and the photo just appeared! But I really want to break the ice with IU. Let’s collaborate someday.”

After revealing that he wouldn’t mind a future collaboration with IU, Psy denied the rumor about teaching Justin Bieber how to drink soju with beer. He revealed:

“It’s not Justin Bieber, it’s one of his staff. American staff were surprised about the alcohol culture.”