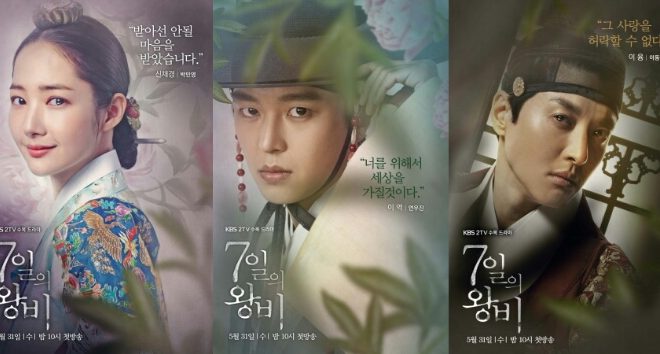 ‘Queen For Seven Days’ laments a poignant tone of the most tragic love story that ever happened in Joseon.

Billed as the most anguished Joseon derived romance story, Queen For Seven Days will rule your heart in the coming weeks.

In the reign of the tyrant King Yeongsan, his government officials are placed on a hot seat for not resolving the drought problems. Counter measures are proposed, including a royal marriage to fill in the lacking yin energy of the palace to appease the people of Joseon. King Yeongsan approaches the Chief Royal Secretary to give his famous daughter’s hand, who is living outside the city for his younger brother’s marriage.

The Kingdom in chaos

In a conflicting emotion toward Prince Jin Seok, King Yeongsan is in a constant pendulum of trying to kill him due to his selfish reasons. However, he is always reminded of his memories on how he used to be fond of him when they were young.  Jealous of their father’s love toward his brother, he has turned cold to the young prince, who is supposed to inherit the throne according to their father’s last will.

After a rage encounter fueled by his loyal retainer coaxing of how Prince Jin Seok is a danger to his throne, he leaves the palace in disguise. He heads to a nearby hot spring for a breather. There, he encounters Chae Gyung, who is the Chief Secretary’s daughter pretending as a boy. Ending up in a traveler’s inn, they were fed with drugged food that caused them to sleep. Regaining consciousness and sensing danger, Chae Gyung drags the King using a cart to escape the place. 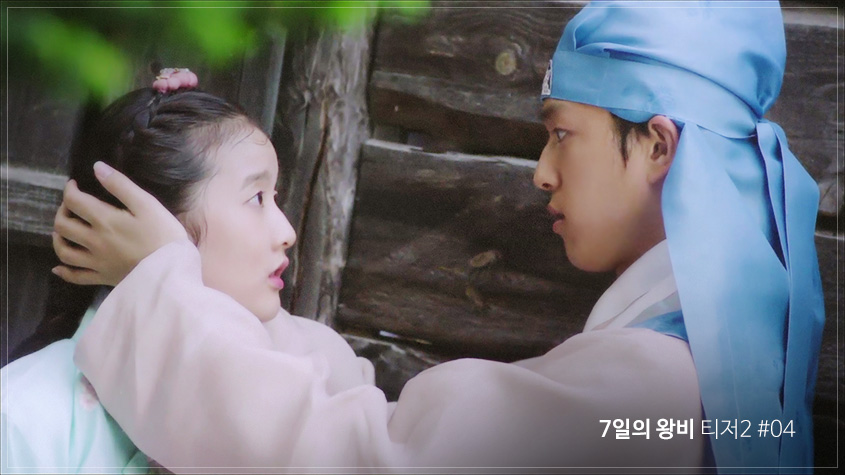 Waking up from a traditional clinic, Chae Gyung finds no the trace of the warrior she met last night. She remembers the young man whom she thinks stole her purse and sets forth to find him. She goes home with a guest being greeted in their household. It turns out to be the Queen and her son, who are trying to get her hand for marriage. Appealing how Chae Gyung is not suited for the prince, her parents remark their daughter’s lack of noteworthy abilities. The prince, who is not happy with his first encounter of Chae Gyung, supports her parents against the Queen’s intent decision to tie them up with marriage.

Wondering why she has to live without her family all her life, Chae Gyung is not aware of the prophecy that her marriage to a member of the royal family will be cursed. The next day, she meets with Prince Jin Seok to catch the thief who stole her purse. They resolve the issue of the villagers, who chides on the thieves for stealing the King’s rice. Chae Gyung offers her palanquins to be sold for the rice stocks that are missing. They befriend the young slave thief in the process and childishly offer a ceremony to mark their friendship.

The Young Prince In Love

King Yeongsan orders to find the secret letter that bears the previous King’s will of handing down the throne to Prince Jin Seok. His right hand is successful in tracing it to the house where the young slave thief also lives.

Chae Gyung watches over the prince as he answers nature’s call and whistle a melody which calms the prince. Stepping out of the comfort room, he sees Chae Gyung standing like a mirage with her arms raised like a bird while whistling her tune. Smiling, she peers at him as she declares that she has decided to really marry him for good. 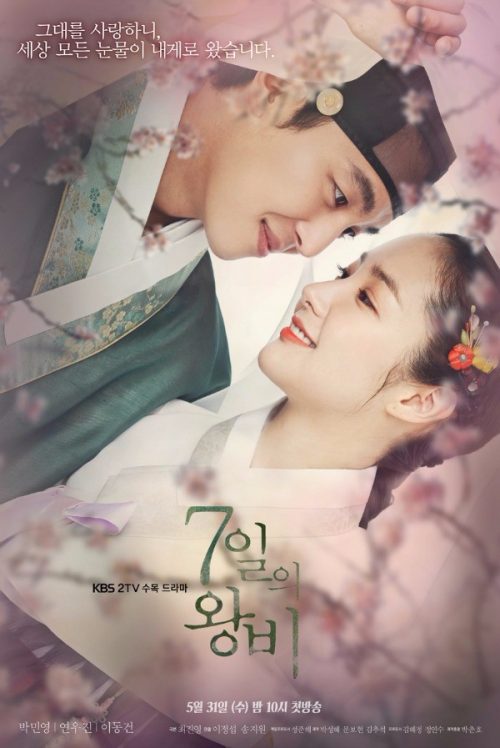 Queen For Seven Days pilot week establishes the main characters who will spin the politics, romance and melodrama of KBS mid-week offering.

Lee Dong Gun suits up to his character efficiently in his conflicting role of a greedy King, who is torn between his ambition and animosity toward his younger brother whom he used to be fond of. The history of future Prince Jin Seok and Chae Gyung is also chronicled with the right amount of humor for the audience to be engaged with their love journey before it goes serious with the tears and tragedy.

I have stocked up tissue rolls for the inevitable weep fest romance but I trust that PD Lee Jung Seob will give a beautiful story, which will not drain me out as he did in ‘Healer’ and ‘Neighborhood Lawyer Jo Deul Ho’.

‘Queen For Seven Days’ reigns on KBS, every Wednesday and Thursday at 11PM.