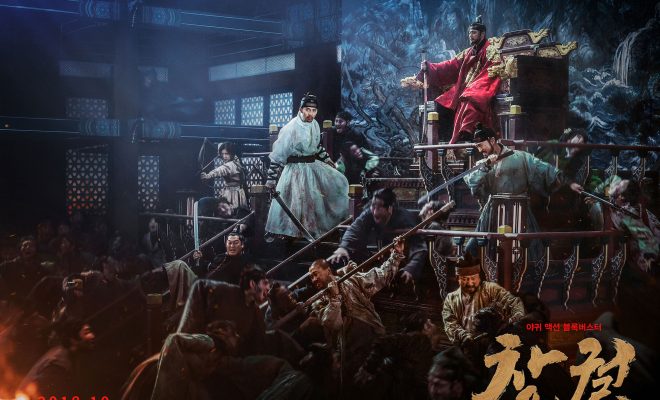 Rampant will be shown on the big screens across the globe in Taiwan, the Philippines, Germany, Britain, Vietnam, Singapore, Australia, New Zealand, the United States and Canada within two weeks after its premiere in South Korea. This is confirmed by Contents Panda, the agency in charge of the overseas sales of the film. 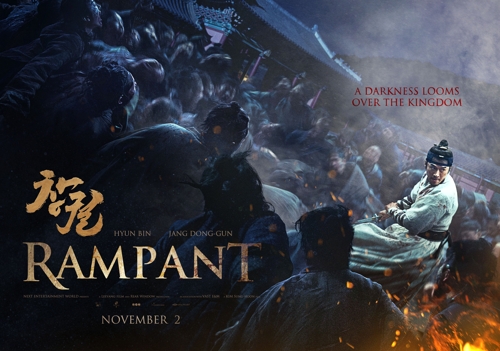 Rampant is billed as a zombie-apocalypse film set in the Joseon period. It narrates the story of Prince Lee Chung (Hyun Bin), who is a political hostage in the Qing Empire. He is known to be skilled in martial arts, and is summoned back to the palace by the Crown Prince because of a cryptic plague devastating the country.

Orchestrating the grand scale historical fusion film is Director Kim Sung Hoon who has worked with Hyun Bin in Confidential Assignment. It will be distributed by Next Entertainment World which backed up zombie thriller flick Train to Busan.

Jang Dong Gun,who superbly worked on KBS adaptation of US series Suits, takes the role of Kim Ja Joon. He will join the warrior prince in vanquishing dark monsters for his goal to reform the Joseon dynasty. Rising actress Lee Sun Bin joins the premiere actors as a member of the night demons hunters.

A representative from the film’s overseas agency said that it’s not uncommon for Korean movies to open in 19 countries on four continents during the same period, but this is an achievement that is comparable to the success and coverage of Train to Busan. Furthermore, the source added that the flick is believed to be a possible blockbuster hit as it coincides with the Halloween season.

Are you excited to scream for Rampant? Stay in the know for your latest Hallyu news by liking us on Facebook and following us on Twitter!