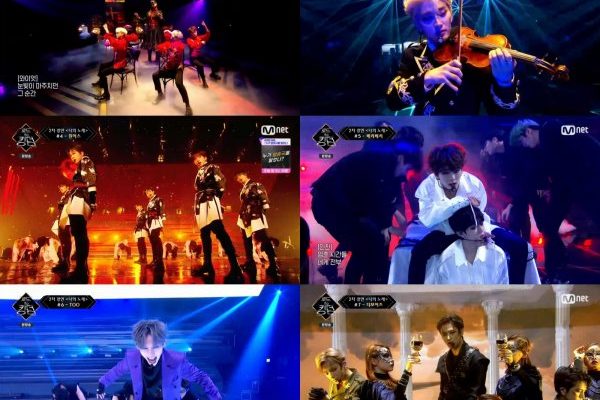 The fierce battle between boy groups has led to another intense round wrap-up in Road to Kingdom.

Road to Kingdom has completed yet another competitive face-off between its seven boy group contestants who prepared nothing-less-than-perfect performances which made their wide range of talents shine. 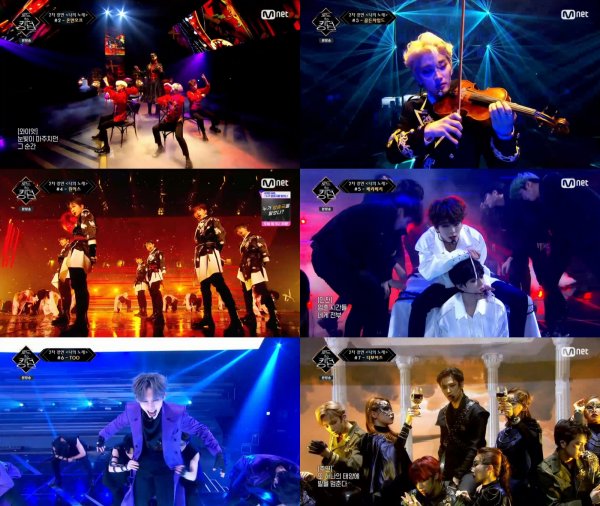 After beginning with an emotional and meaningful stage of “Shine” and “Spring Snow” from PENTAGON, the round resumed with spectacular showcases from the six other groups on the show’s fourth episode.

ONF’s planning stage for their performance of “We Must Love” brought a sweet surprise to viewers as their labelmates and former Queendom contenders OH MY GIRL visited them to share some insights and help out in their preparations. Aside from contributing in the success of the boy group’s haunting performance behind the scenes, OH MY GIRL member YooA also went up on stage with them to perform.

Dressed in eye-catching red outfits, the group acted like marionettes as part of their performance concept which heated up the stage.

Art is what Golden Child brought to the screen with their breathtaking performance indeed. After showing grace and sophistication from the previous round, the group showed the real “classic” and taste in their astounding performance of “WANNABE” which was magnificently backed by an orchestra.

Making fellow contenders’ jaws drop and giving viewers goosebumps, Joochan sampled Paganini’s 24 Caprices No. 24 in A Minor Op. 1, which is often cited as one of the most difficult pieces for a solo violin performance along with works by the likes of Bach, Sibelius, and Beethoven.

We couldn’t stop gawking at how ONEUS pulled off such a grand and well-thought-out concept for their song “LIT”. While their most recent comeback track already stormed the K-Pop scene with its traditional Korean cultural concept, the group upped their game by employing a genius and creative twist at the end which our K-Drama-loving selves gave a standing ovation for. We won’t spoil it, but the hint lies in the title of the Mnet show itself.

Of course, ONEUS’ stunning stage didn’t fail to catch the eye of their fellow Road to Kingdom contestants. In fact, we highly resonate with The Boyz’ leader Sangyeon who said “It’s like a performance from the Olympics closing ceremony” while watching the group perform.

Another fierce performance that gave viewers goosebumps while watching was VERIVERY’s haunting stage of their song “Photo”. Prior to showing their stage, Road to Kingdom showed how the group was also visited by their senior—who was none other than VIXX’s Ravi himself. The rapper gave them A+ tips regarding their performance to make it even more enticing.

Taking on the concept of a nightmare, the group stole viewers’ hearts with their intensely eerie stage which highlighted their charisma and talents.

The rookie boy group showed how great they are at dancing once again through a showcase of their debut song “Magnolia”. Despite being the youngest out of all performers, TOO was able to wow viewers and their fellow contestants with their growing ability to own the stage.

Wrapping up the round once again is The Boyz, who successfully maintained their highly-coveted spot at number one for the pre-round and official first round consecutively already. Staging a grand finale, the group showed an even bigger, more action-packed, and intricately-planned performance which may or may not have involved fire.

Making their latest comeback track “REVEAL” exude more power and intensity, The Boyz continued their storyline from their previous performance—and it likewise had everyone’s jaws dropping to the floor.

Meanwhile, the verdict for the second round of Road to Kingdom will be unveiled on next week’s episode, so stay tuned.