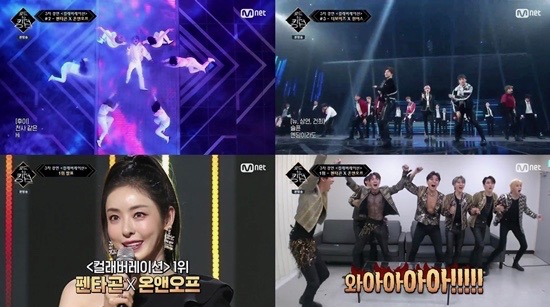 One last episode before the victor of Road to Kingdom gets revealed—who will take home the crown?

The competition gets tighter in Road to Kingdom as episodes six and seven reach its end, bringing its remaining contestants to one last episode to prove that they deserve the top spot. 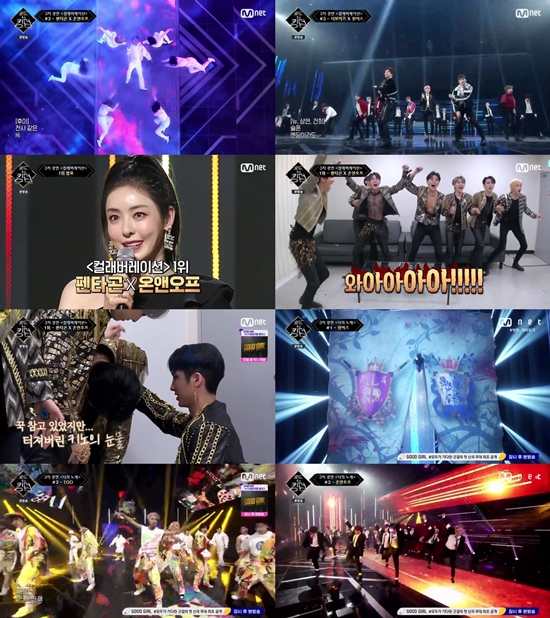 In the last round before they hit the finals, the six remaining groups staged two intense performances. One of which is a collaboration with another group in the competition, while the other is a cover of any other artist in the industry.

The collaboration stages started with the show’s youngest participant TOO teaming up with the “ultimate dance machines” of VERIVERY. Together, the two groups performed BTS’ song “ON” with a massive revolution as its concept.

The most senior groups of Road to Kingdom, PENTAGON and ONF, then followed with a haunting performance of BLACKPINK’s “Kill This Love”. Prior to their stage, the group also showed their meet-up in PENTAGON’s agency building where they showed their strengthened and heartwarming friendship with each other despite being competitors.

Lastly, the show’s top placer The Boyz and the determined performers ONEUS joined forces to present a sentimental and emotion-stirring performance of Sunmi’s “Heroine”. Through their meaningful stage, they tugged on the viewers’ hearts by paying an ode to the hard work that all of the contestants in Road to Kingdom had put in since the very start of the show.

With all groups determined to pull their rankings up and secure their slot at the top, the “Your Song” sub-round definitely featured a lot of astounding performances.

ONEUS began the program with their Romeo and Juliet-themed rendition of INFINITE’s iconic hit “Be Mine”. Making hearts flutter, the group showcased their burning passion to remain on the show by giving their all in terms of vocal, rap, and dance aspects.

Afterward, TOO showed an energetic and hype-filled stage of “Hard Carry” by GOT7. The young idols brought a burst of colours on stage from start to finish as they showcased their talents in dancing.

Following them was ONF, who proved their capabilities as powerful performers once again with an extremely riveting stage of the classic favourite “It’s Raining” by Rain. Their performance also paid tribute to the King of Pop, Michael Jackson, with the splendid elements they incorporated in their showcase.

Up next was PENTAGON, who showcased grandeur with their own take of MONSTA X’s “Follow”. Putting a wordplay on the song’s title which is also a signature line in its chorus, the group focused on delivering a “pharaoh”-inspired performance. Complementing the golden, early Egyptian-themed stage setting were the intense and haunting beats of Hui’s arrangement of the track.

VERIVERY then breathed life into a fairytale as they took off with an Aladdin-themed performance for their cover stage of “gogobebe” by MAMAMOO. Setting a whimsical atmosphere, the boys also imposed a further challenge upon themselves by doing their performance in just one shot.

Of course, the grand finale was brought by none other than The Boyz, who made sure to captivate everyone once more with their performance of “Shangri La” by VIXX. In addition to their amazing talents in all fields, their stage contained a story again which made it even more impossible for viewers’ eyes to leave the screen.

With the combined scores of the two sub-rounds, a massive shake-up in the rankings were seen by viewers. Moreover, TOO also had to take their final bow on stage after placing last for this round. The overall rankings from Round 3 were as follows:

The final episode of Road To Kingdom will be broadcasted live all over the world via Mnet’s K-pop YouTube channel on June 18 at 8 PM KST.