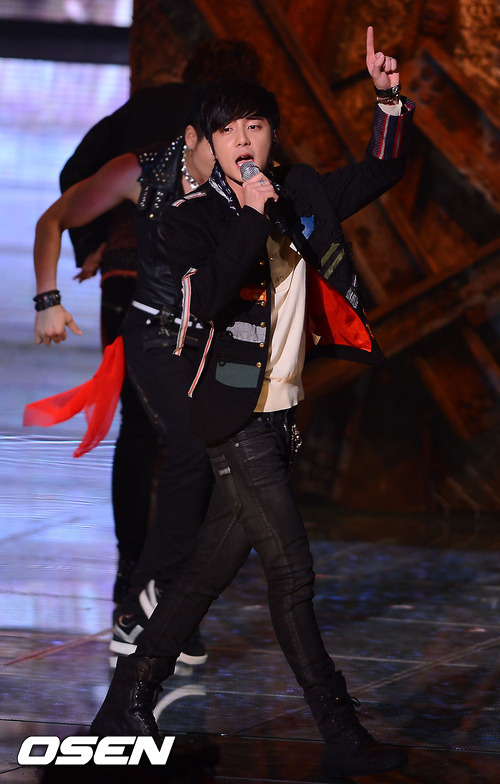 The tough competition between Roy Kim and Dickpunks on Mnet‘s Superstar K4 has come to an end as the former has been officially crowned winner on the show’s finale held in Jamsil Indoor Gym on November 23.

Roy Kim decided to sing Leessang‘s 2006 song, Who are you living for (누구를 위한 삶인가). Like what he did on his previous stages, he arranged the song to another style, this time into a hip-hop one. For the song producing mission, he created the song Passing by (스쳐간다). On the other hand, Dickpunks sang Playing is what is left (노는게 남는거야) by The Classic. Their lively performances made the crowd stand and dance on their seats. Their produced song, Butterfly, were complimented a lot by the judges.

Roy received the score of 284 for his song and 282 for his self written mission song while Dickpunks received 279 for their song and 287 for their self-written song. The finalist won by the text message votes.

Roy was known for his good looking appearance, for being the ‘mother’s friend’s son’ as he is planning to enter a prestigious American university and for being innovative. As the winner, he will be receiving 500 million Korean won and a Nissan Cube car. He is also given the opportunity to make a debut single album and to perform on MAMA.