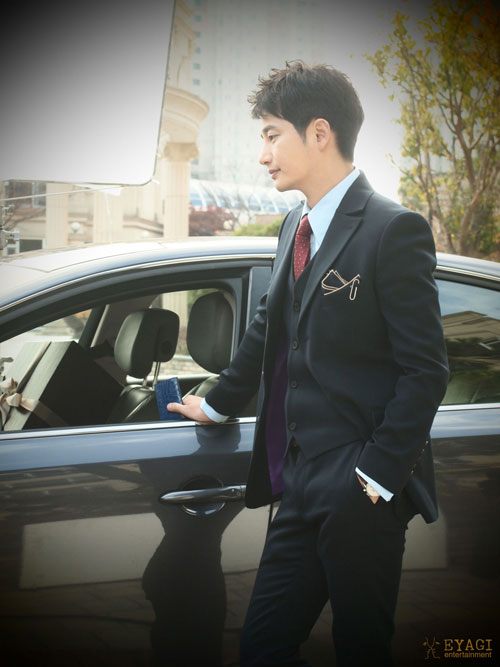 Within 17 days since the movie Murderer (내가 살인범이다) was released in theaters, it reached up to 2 million views. The main actor of the movie Park Sihoo, will be part of the new SBS drama Chungdamdong Alice. It will be his appearance in a drama since his last piece Princess Man which was 1 year and 6 months ago.

Being partnered with Moon Geunyoung as the main actors for the drama, they have been receiving hot interest. In the photo of Park Sihoo at the film set, it captured him dressed as a luxurious branded CEO with a stylish suit and made it look like a pictorial from a magazine photoshoot.

The netizens who saw this photo said, “He’s just standing and it looks like a pictorial!”, “Looking forward, it finally plays this week”, “I will support Park Sihoo all the way!”, “I think Chungdamdong Alice will be daebak (great).”

The highly anticipated SBS drama Chungdamdong Alice will be airing their first episode on December 1st.