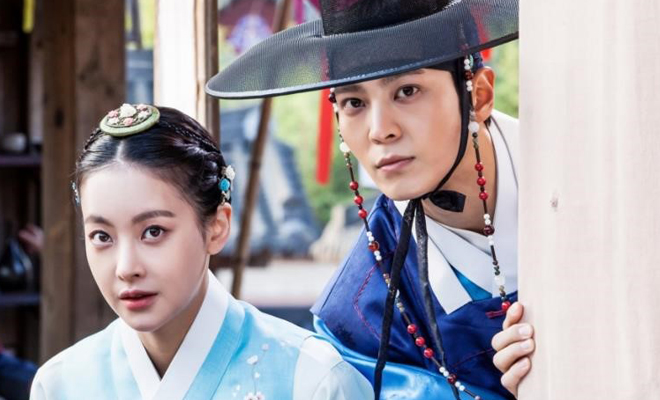 Watch the drama version of ‘My Sassy Girl’ as if you’re in Korea.

Viewers in Asia are in for a treat this May with the premiere of new drama series My Sassy Girl – aired at the same time as South Korea on top-rated Korean entertainment channel ONE!

The Korean adaptation of the original film My Sassy Girl is headlined by Joo Won (The Gang Doctor) and Oh Yeon Seo (Please Come Back Mister). It is scheduled to premiere on May 29 and air every Monday and Tuesday at 9pm, with localized subtitles in English, Chinese and Bahasa Malaysia.

“The incredible success of ‘Scarlet Heart’ in the region proves the existence of strong viewer demand for same-time-as-Korea offerings. As part of our commitment to provide a premium viewing experience for our audiences, we are thrilled to announce the simulcast of the next big drama series ‘My Sassy Girl’ on ONE,” said Virginia Lim, Senior Vice President and Head of Content, Production and Marketing, Sony Pictures Television Networks, Asia.

“The 2001 movie was a box office hit and is loved by audiences around the world. Backed by its strong cast and experienced production team, we believe that viewers will be thoroughly entertained by this remake.”

Though the original movie has seen various adaptations over the years, including a Japanese drama series and an American film remake, the new blockbuster television remake introduces a twist – it will be set in the Joseon era instead of the modern-day.

The 16-episode drama is helmed by director Oh Jin Seok (The Gang Doctor) and will be fully pre-produced.

Anticipation for the drama is heightened as it is set to be lead actor Joo Won’s last drama series before his mandatory military enlistment. He will be reuniting with Director Oh in their second on-screen collaboration since the hit series The Gang Doctor, which aired on ONE in 2015 and propelled the channel to become the top international channel during its premiere timeslot.

My Sassy Girl will feature Joo Won as a handsome and intelligent scholar who is “full of himself”, while leading lady Oh Yeon Seo plays the beautiful but eccentric Princess Hyemyung. The series will present a light-hearted romance between the two leads set against the backdrop of political intrigue in the Joseon era.

My Sassy Girl premieres on ONE on 29 May and airs every Monday and Tuesday at 9pm, at the same time as its Korean telecast. ONE is available in Malaysia on Astro Ch. 393.