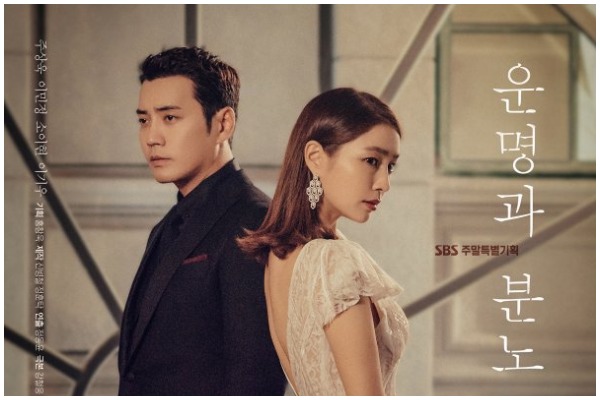 The recently revealed posters of SBS Fates and Furies give a sneak peek of the drama’s captivating premise.

Fates and Furies, SBS’ latest drama, is about love, lies and vengeance. Lee Min Jung (Please Come Back Mister) plays Goo Hae Ra. She is a smart and beautiful woman who seems to have all the bad luck. To change her destiny, she gets close to Tae In Joon, the son of a shoe company owner. Joo Sang Wook (Grand Prince) portrays the character of Tae In Joon who falls in love with Goo Hae Ra unaware of her premeditated deceit.

To further spark interest, clashing themed posters are released which highlights the lead characters’ demeanor as well as the drama’s central mood. 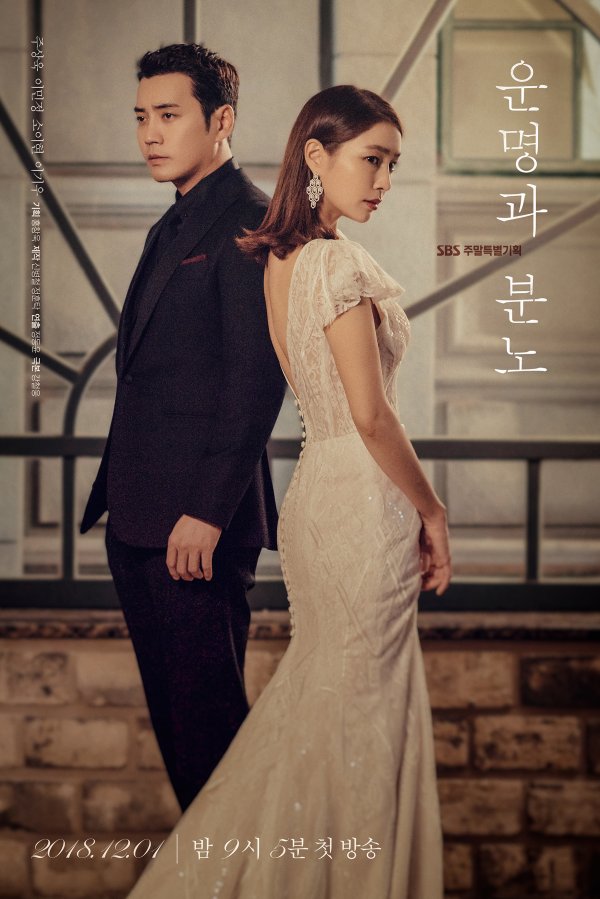 However, the characters face two different directions with their backs on each other. This conveys a tensed atmosphere instead of a happy vibe. Also, their faces show off sorrowful and troubled expressions as well.

Meanwhile, in the poster labeled Love, the characters sit together with smiles on their faces as they look at a shoe. A direct contrast to the first poster, the second one gives off a loving and joyful ambiance. 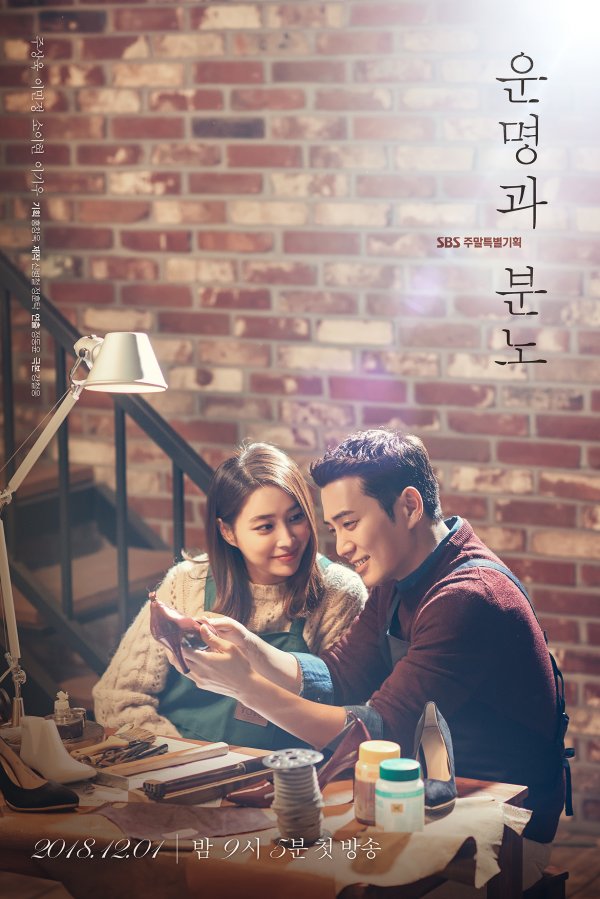 Fates and Furies sets its first broadcast in SBS on December 1 at 9:05PM. It takes over the Saturday schedule of Ms. Ma Nemesis.