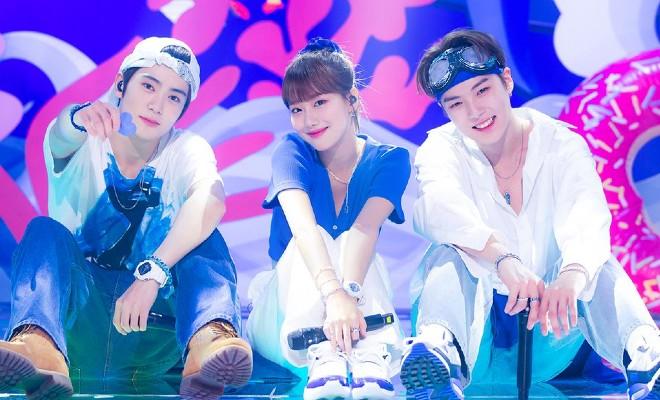 MONSTA X, NCT, and APRIL fans have had 20 October 2019 as a memorable day as it marked the beginning of MinNaHyun. With MONSTA X’s Minhyuk, NCT’s Jaehyun, and APRIL’s Naeun, they became the new hosts for SBS’ Inkigayo. The show airs live every Sunday, which features the latest acts and performances from various K-pop artists. 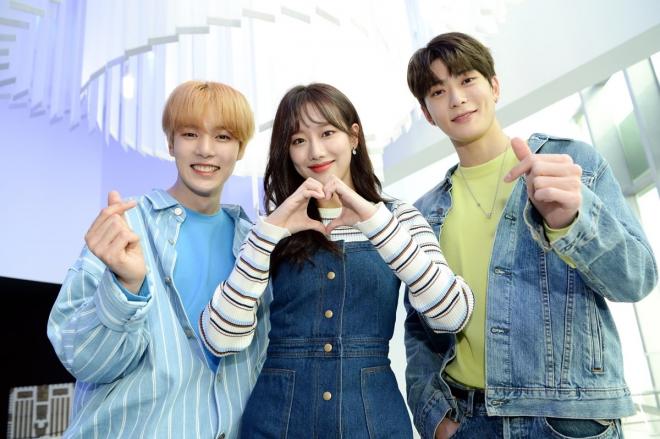 The start of the brightest trio

Far from their awkward first meeting, the idols have now grown to be closer and fond of each other. As they show their goofy and fun chemistry, viewers can feel the vibe and bright energy that each of them executes.

At the October 18 broadcast, the three MCs held a cake as they celebrated their first year as hosts. The cake was seen with two candles; one for their first anniversary and the other one to celebrate NCT U’s comeback.

APRIL’s Naeun also shared on her Instagram account a snap of the pretty cake, with “MinNaHyun’s 1st anniversary. Let’s continue getting along in the future.” 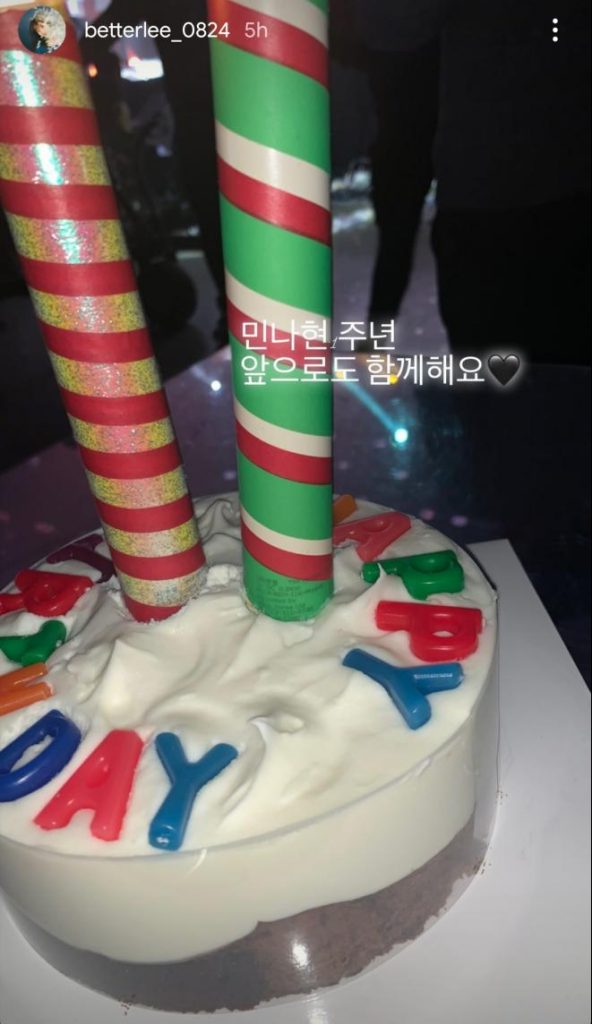 The gorgeous APRIL member followed with a photo of them three, casually posing their way to fans’ hearts. 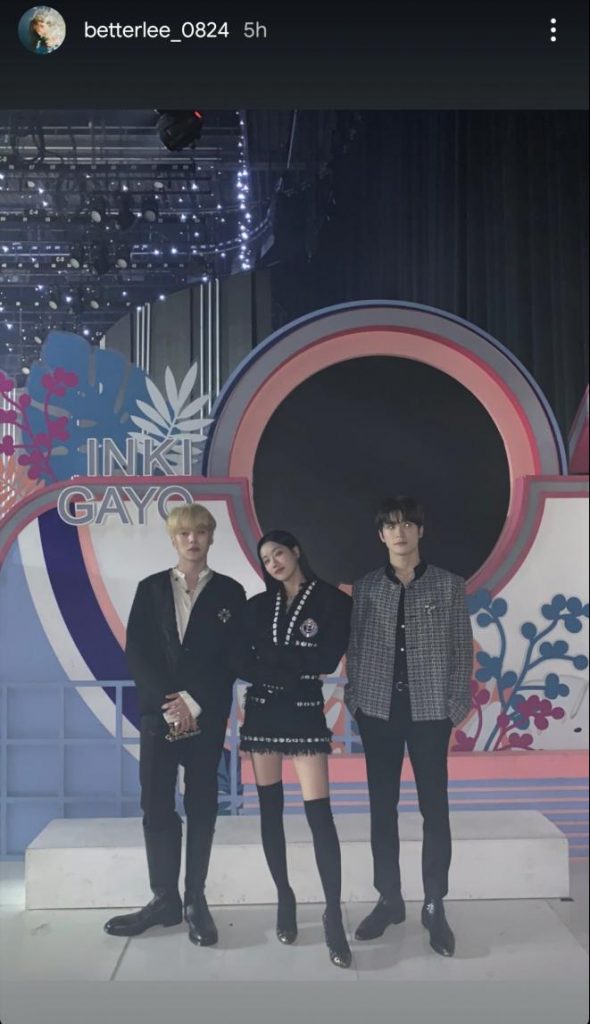 Naeun also shared more photos, captioning it with a black heart. The famous Yeo Juda strikingly looked lovely and stunning with her black outfit. Her accessories, especially those pearls, even added more charm to the ever pretty 21-year-old singer.

Meanwhile, NCT’s Jaehyun also shared a story on his Instagram account. The handsome Casper captioned with “1 year with MinNaHyun.”

Notably, NCT U performed a comeback stage for “Make A Wish”, with Jaehyun interviewing his group alongside Minhyuk and Naeun. 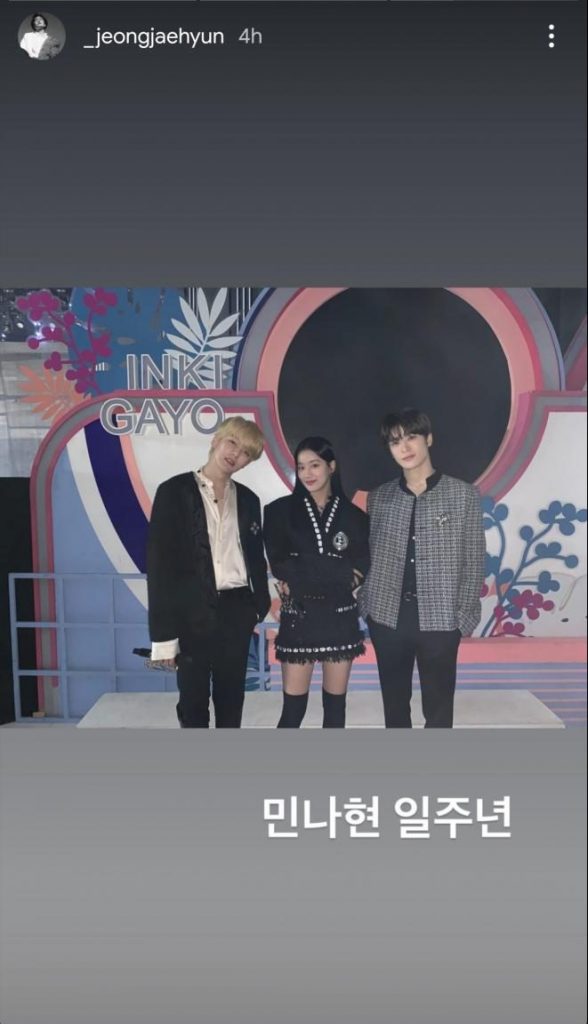 Jaehyun shared his solo shot to commemorate his first year as an Inkigayo host. Even though the photo looked dark, NCT’s Jaehyun still appeared striking and fine.

Looking adorable, Minhyuk posed with both his index fingers forming a number one.

Currently, MONSTA X’s Minhyuk is fully-booked with his own schedules and preparations for the group’s upcoming November comeback. Monbebes have their Thursdays filled with glee as Minhyuk hosts his VogueShipShow through Naver NOW. Minhyuk also hosts “Back To The Idol” with Super Junior’s Eunhyuk every Wednesday at 9PM KST via the Seezn app.